Today was my first day as boss and in the morning I had to fix up a few things that didn't recover when the alternator blew up. At ten o’clock I was instructed to get two IRB’s in the water and get ready for personal transfers and possibly to assist with the mooring lines on the ship. All the non- winterers were rounded up and transferred to the Aurora Australis, four of us stayed in the two IRB’s and the rest of the expeditioners released the mooring lines one by one till the ship was free. We sailed out with her in the two IRB’s while the expeditioners on the land set of flares and smoke canisters as the Aurora Australis honked its horn and the passengers waved us good bye. It only took minutes and the ship was out of sight and the fifteen of us were left all alone.

The silence was deafening.

We removed the boats from the water and put them away as well as all the marine gear and then retreated back to the red shed where we had a nice dinner together and enjoyed a drink together as a full team for the first time. As we were all really tired after resupply, most of us retired around ten for a much needed rest. 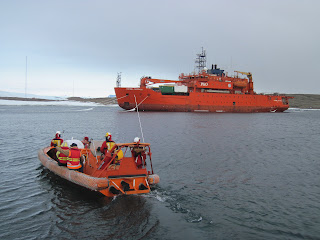 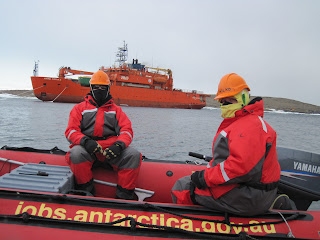 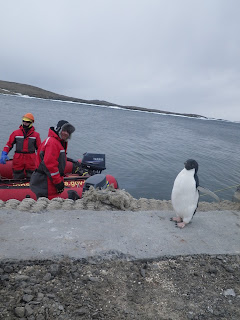 Look who came by to check things out !! 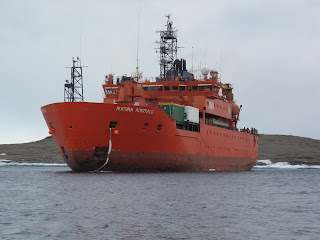 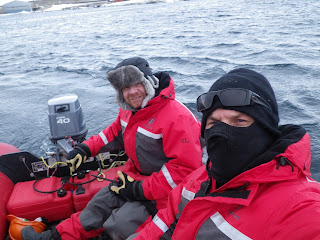 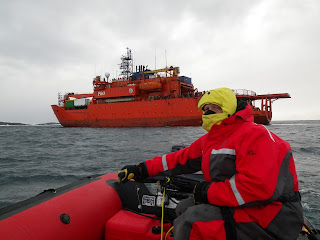 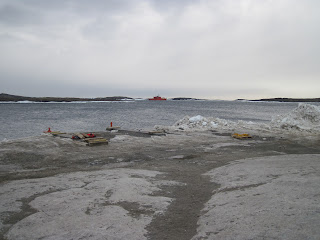