Today I woke up late and had a nice sleep in. After lunch as the wind had completely stopped blowing I went out to east arm and installed a ground connection between the earth mat to the cable tray on the 160m antenna. My hands got frost nipped in no time in the minus twenty and it hurt like hell. The afternoon was spent in the transmitter hut as a raging 70 knot blizzard whipped up outside.

Chris cooked a nice roast for dinner and afterwards I stayed up late talking to the guy's and later watching Red Dwarf. 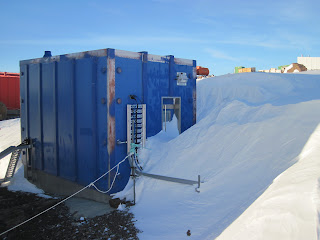 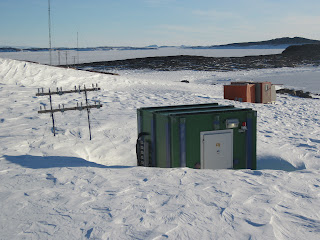 The receivers hut is also starting to disappear.