Last night I froze. It must have been about ten degrees in my cabin and there was ice all over the inside of the singe glazed window and there was a constant banging of something outside above my roof. I woke up about three o’clock and got a cup of soup and went for a walk up stairs to see if there was any activity on the radio but all I could hear was noise with nothing on the low bands at all so I went back to bed and shivered until about eight o’clock.


After a shower we had a ship induction and then practice putting on a dry suite and by then it was lunch time. After lunch I set all my clocks back by an hour and put a second doona inside my doona cover and then went and had a listen on my radio. There was still heaps of noise but I could hear a couple of stations on 10m so I put a few calls out and created a huge pile up. I worked many Australian stations as well as African and European stations, probably about thirty in all. To my surprise I heard my good mate Don calling from South Australia. We had a nice chat before my software crashed and I lost him.

Later I spent a bit of time working on my blog and also on my annual report. I went outside for a while but it is very limited as to where you can go at the moment and to be honest there is absolutely nothing to see, although I could see a small group of Emperor penguins in the distance. One thing here, the food is great and it’s so nice to be eating fresh salads, fruit and prawns. 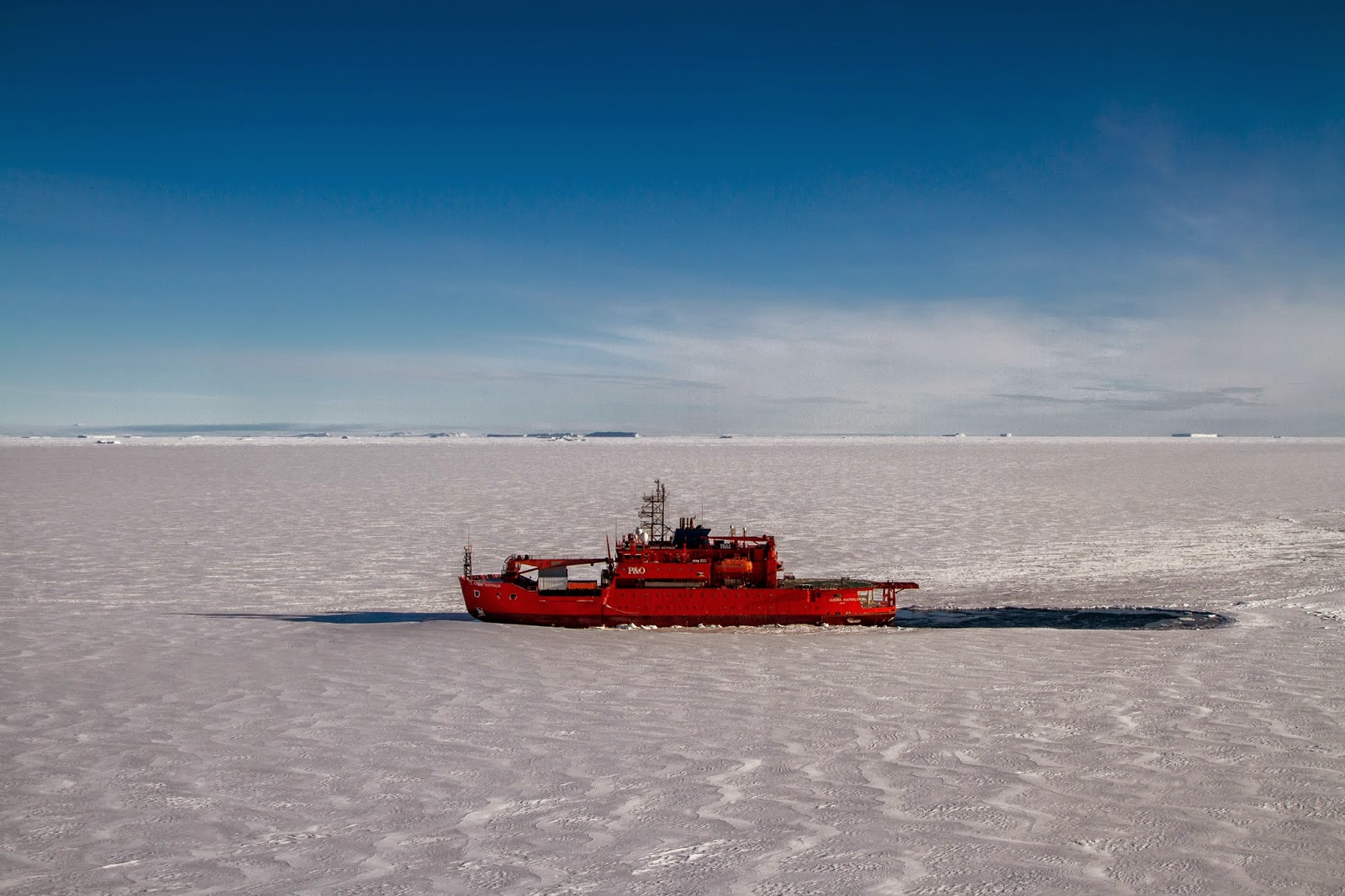 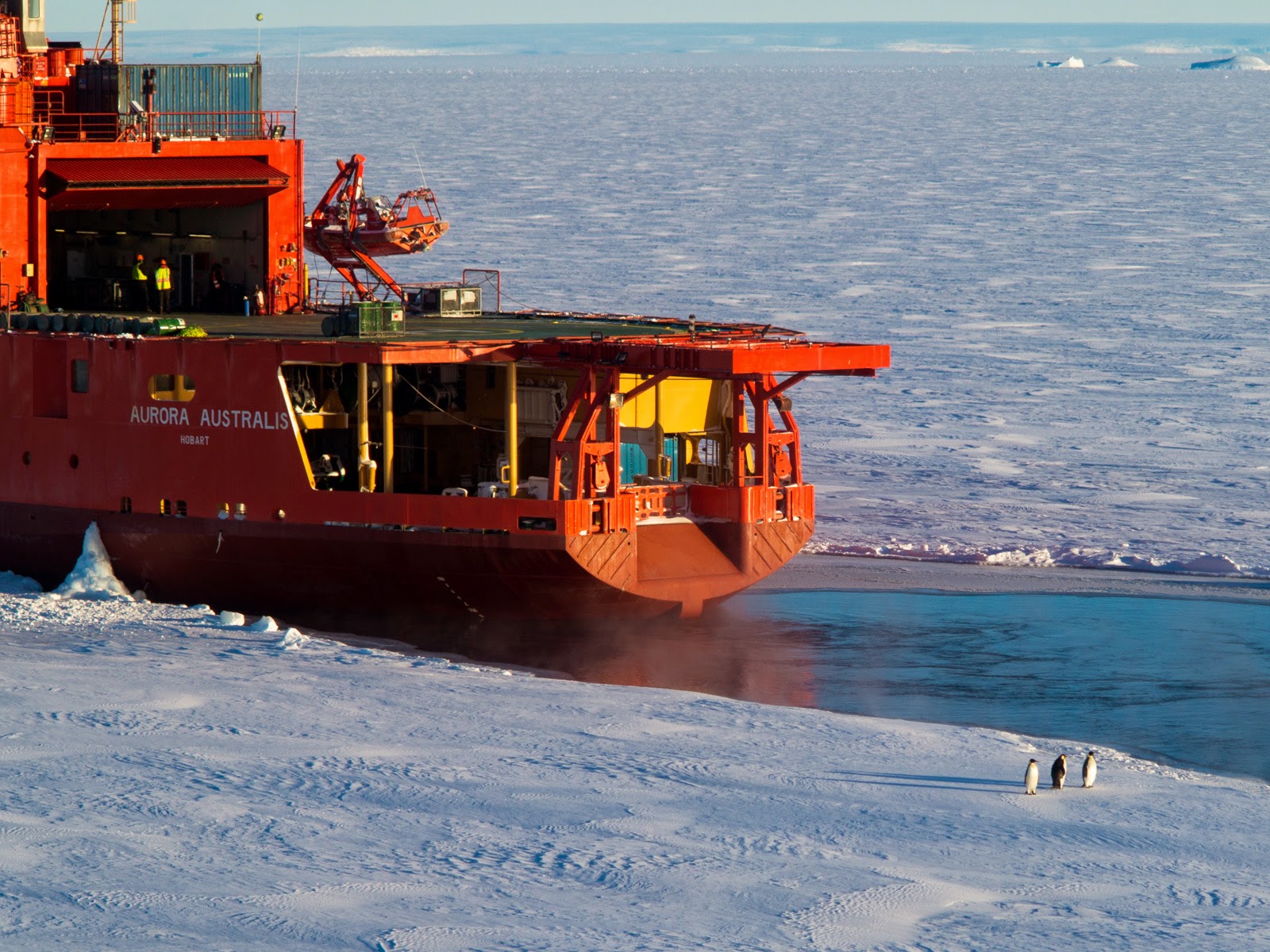 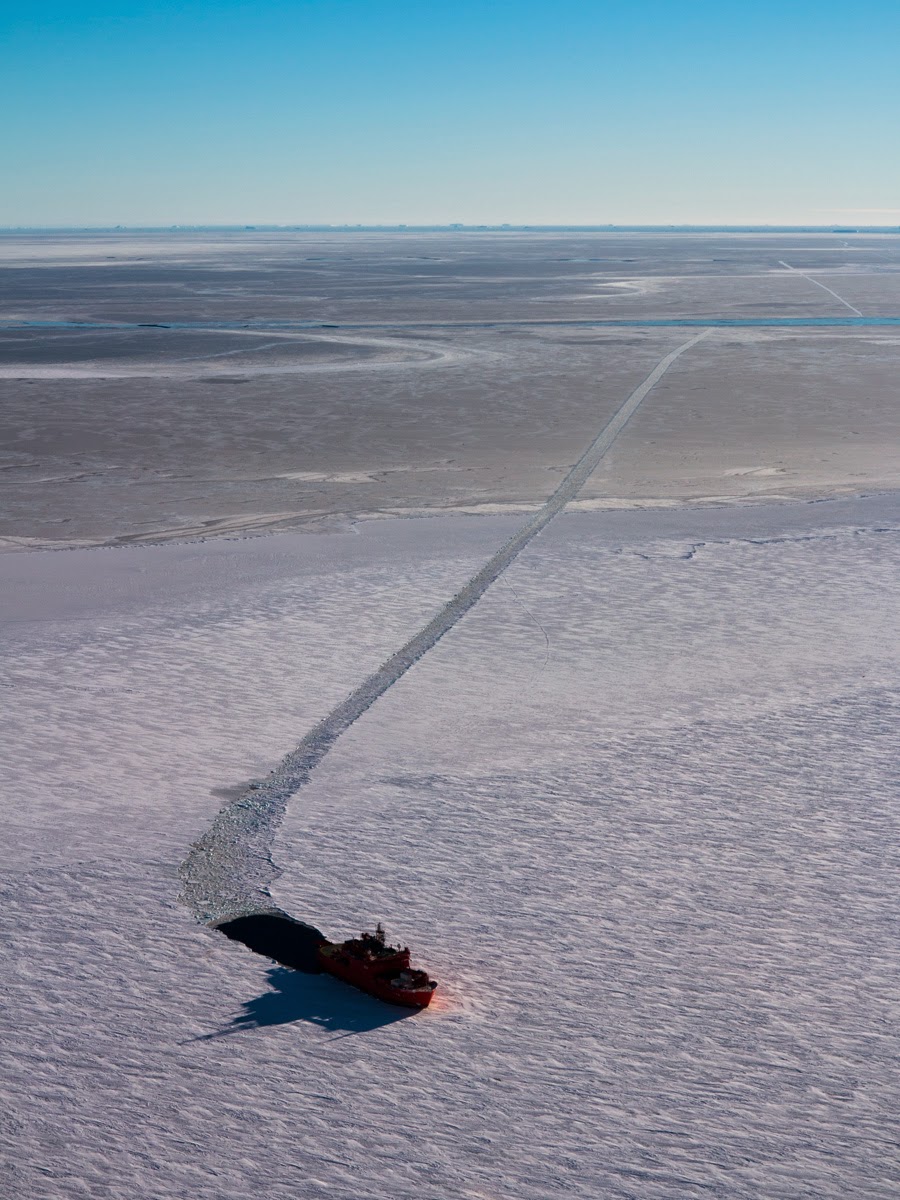