We continue to make very good progress, although the “furious fifties” are having one last lash at us and trying to make conditions as uncomfortable as possible. As predicted, the swell and wind picked up overnight, and with them hitting us almost directly side on, they made the ship do some pretty big side to side rolls during the night. This made sleeping impossible and there were quite a few bleary eyed people getting around this morning. All night long I slid from one end of the bed to the other, hitting my head on the wardrobe and then hitting my feet on the wall while things crashed to the floor all around me. Occasionally on a very big roll you would hear a large crash or someone scream down the corridor.

At nine in the morning I got up to go to the toilet and I must have been so tired I fell asleep waking just in time for lunch. Once again I spent the whole day sorting out photos and computer files. I did spend a bit of time up on the bridge watching us smash through the huge waves and I also went outside for an hour or so and took a lot of movie footage of the extreme conditions. Today conditions remain pretty much the same, although as the day goes on the wind and swell are tending to be a little more behind us now instead of directly side on, not enough to get rid of the big rolls though, but it is improving.

After dinner I had a sked with a bloke in the States but I was late and missed him. Conditions on 20 & 40m tonight were awesome and I had a chat with a bloke in Montana for over an hour as well as a heap of Aussie guys too. A hail storm came over and the noise went up to 10dB/9 for a short time. Conditions on 40m were excellent with stations all over Australia coming through loud and clear. I was very tired though so hopefully tonight I will get a good sleep and spend the day & night on the radio tomorrow. I’m not counting on it though, as we are rolling very heavy again tonight. If only the beds pointed bow to stern and they were fitted with attached sleeping bags or seat belts. Tonight’s going to be hell again I just know it. 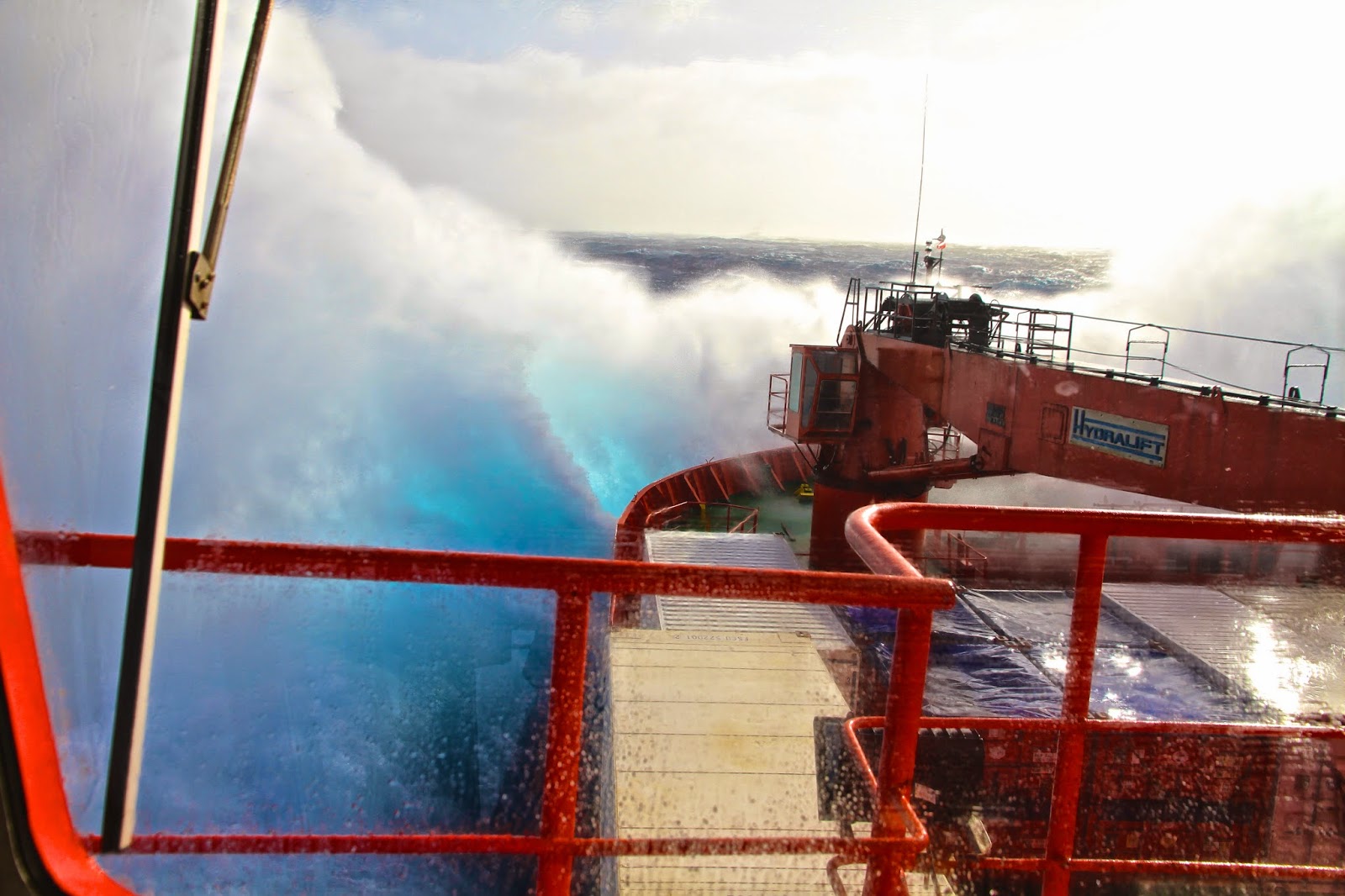