Crossing the 60th parallel and paying homage to King Neptune

Somehow this VERY important rite of passage never got published. It could have been due to duty of care and a total media blackout at the time, but I think the real reason was that I didn’t get the photos in time, and there were lots of other thing happening at the time which quickly took over the event. Now I’m a crusty old salt, a sailor and a mariner and King Neptune and I go back a long way. We first met in 1992 when I first crossed the equator and at that time he took all my hair and also later in 1994. In 2005 I crossed the 60th parallel in Sweden but on the 20th of January during the sail down to Antarctica, I crossed the 60th parallel again but this time on the ocean and it was here we met again. To cross the equator you need the Kings permission, but to venture below the 60th parallel you not only need the Kings permission, you NEED the Kings protection as its hell on Earth down there and if you don’t want to end up in Davey Jones’ locker you had better do what the King says !! 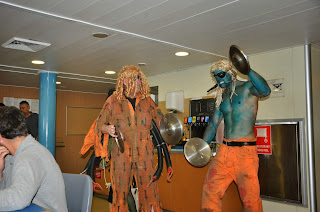 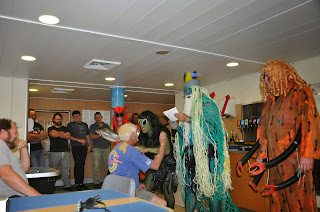 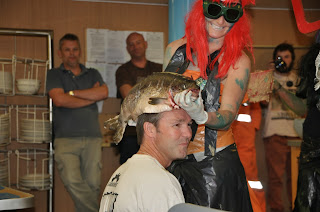 Each virgin pilgrim was called before his majesty and a rotten fish was rubbed all over your face and then placed on your head while you state your intentions to the King, and if his majesty agreed to grant your request for safe passage then you would be baptised in the tradition of the scaley brine. The rotten fish would be removed from your head and two of the Kings scaley helpers would cover you in the most vial repulsive substance known to man and fish. This vial repulsive substance must be rubbed into ever orifice, face and hair to have maximum effect before the now fully initiated pilgrim would be allowed to continue their journey no safe in the hands of the good King Neptune. I felt the force was with me now, but it didn’t stop me from dry reaching as I swear I smelt four kilograms of parmesan cheese. Shortly after while under the shower I was pushing lunch times chewed up prawns down the plug hole knowing full well I was safe and the force was with me now and trust me it worked as we had a safe and uneventful vouge all the way down to Mawson. 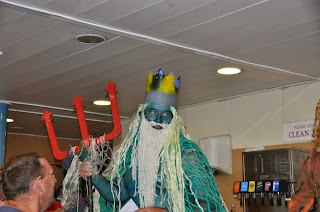 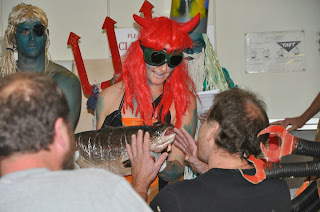 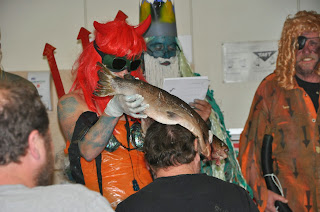 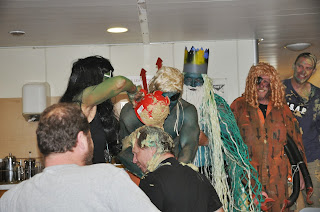 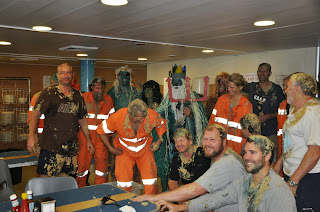