Well today was a crappy day with blowing snow and 40 knots of wind and it felt cold. I spent the morning modifying the other flux gate compass display for geo-mag. After smoko I finally found the tide gauge hidden in a steel drum. Someone thinking it was dangerous goods had removed it from its original box and repacked it, he should have kept his noise out of someone else’s business. I opened it and thank goodness the oils had not leaked out and caused air bubbles and I reconnected the power ready for deployment and put it back together.

After lunch I tested the BGAN satellite phone and found a routing problem with the in dial numbering scheme and I rewrote the operating notes once again. I discovered this radio experiences periodic loss of receive signal strength possibly caused by multipath reception and I might have to move it to a different location away from the red shed. I also rewrote my geo-mag notes again. Later I made a couple of contacts on the radio and had an early night. 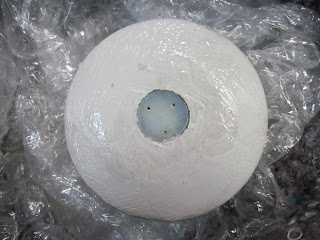 Oil leaking from the tide gauge 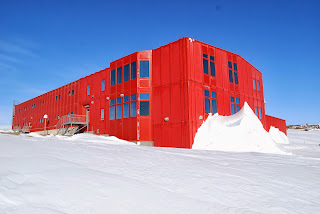