Today was perfect, sunny and no wind and finally the day had come when we’d lose our five brothers and gain twenty strangers. The sun was so bright we were all getting badly burnt no matter how much we covered up. I had a bit of time in the morning to read a few emails and get ARPANSA done and then it was everyone out on the ski way to wait for the Basla (a restored 1941 DC3) to land. Finally we heard it long before we could see it and it swooped down low to do a fly over and inspect the ski way and then next circuit it lined up for the final approach and touched down in a cloud of snow and a loud roar. The beautiful shiny aircraft came to a halt only meters from where we were standing before shutting down and the door opened and twenty strangers disembarked.

After nine months of isolation it was all so surreal. There were those that knew a couple of blokes and moved forward to welcome them, but most of us just stood and stared. Most of us had jobs to do refueling and I had fire control so we didn't get emotionally involved and just got on with the job. Finally when it was time for our comrades to embark it really hit home and there were a lot of slap handshakes and a few man hugs. They all climbed aboard and buckled up as the turbo props wound up and shortly after we were exchanging profanities through the windows as the plane taxied away.

We watched it in silence as it taxied to the end of the ski way and watched as it powered up and raced down the ski way lifting into the air. Finally it was just a black dot in the blue sky and that phase of our Antarctic experience was over. 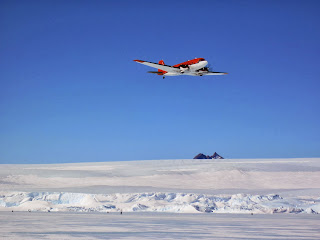 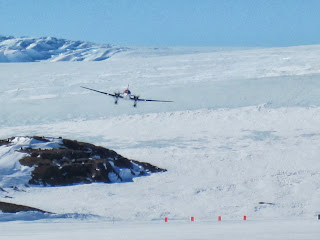 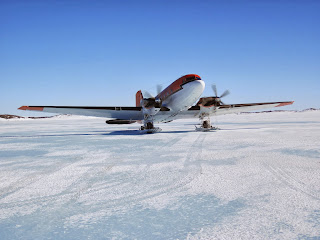 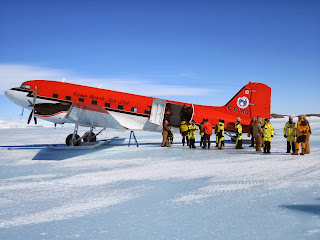 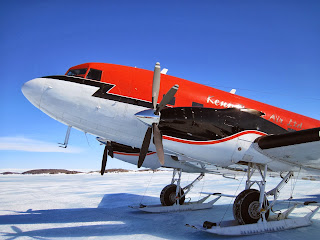 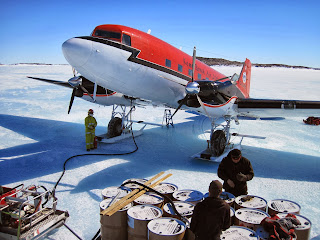 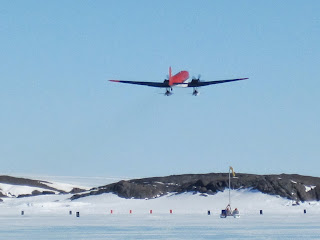