Today was a beautiful day with blue sky and no wind and no aircraft due so John, Peter C and I decided to head up onto the plateau to climb the legendary 875 meter high Mt Rum doodle, named in 1960 after the book “The Ascent of Rum Doodle”, the 1956 novel by W. E. Bowman. We left the station early and were on site ready to start the climb by ten thirty. The climb started with a very steep and long scree slope. It was hard going as most of the snow and ice had melted out making it loose, slippery and dangerous. I had to have many breaks as it was exhausting work, but the scenery was magnificent.

As usual John powered on ahead and started work on setting up the ropes ready for our arrival. Once we reached the steep solid rock, John did the free climbing, putting in pitons as he went. Peter and I put on our harnesses and clipped onto the climbing rope and tied on the belay line. Peter went up first and I followed behind. The first section was very steep but I felt quite comfortable and we all made it to a small landing. The next section involved crossing a small ten meter ledge with a three hundred meter vertical drop below.

The first part of the ledge was OK with adequate hand holds but the last few meter was flat rock with no hand holds and a very small ledge for your feet and I felt very vulnerable. Looking down at this section really freaked me out and I really felt I could fall if I wasn't really careful. I sucked in my gut and hugged the rock and tried to find the slightest grip in the wall with my fingernails as I tentatively tried to shuffle across. I passed the point of no return and somehow made it across. My heart was pounding and I was in a cold sweat and almost shit myself but elated of the achievement. All I could think of was getting back across it on the way down. Serious mountain climbing is 90% fear and 10% elation.

From here it was another vertical rope assent to the summit which I found strait forward. Once on the summit you had to cross an almost vertical scree shoot falling about three hundred meter below which was rather dodgy, but once on the true summit the view was magnificent and worth the effort. We stayed on the summit for about twenty minutes in absolute breathless conditions, taking the obligatory wanker shots before rigging up for our dangerous descent.

From the summit we abseiled down the vertical peak to the ledge we traversed earlier on. The abseil was quite pleasant and an awesome view but all I kept thinking of was the thin tape wrapped around the rock being chaffed on the sharp edges. I have abseiled may times in the past from great heights and this was the best part of the climb and it’s a pity we didn't have enough rope to get all the way back to the Hag. Finally we were all back at the ledge we traversed earlier on and this time I found it psychologically much easier as I had a belay line as well as the well as the climbing rope. (Thanks John)

From here it was another thirty meter abseil down to the start of the scree line which also went without incident and was quite pleasant. Here we packed up all our ropes and climbing gear and started the long traverse back down the scree slope to the waiting Hag. The scree was so slippery and you had to be very careful not to roll an ankle or get out of control and suffer a nasty fall. Finally, exhausted I made it down to the first snow line and decided I would slide on my arse even though I didn't have my ice axe with me. Bad move Craig, it was fun to start with but soon I went so fast I got out of control and my idea of using my boots to arrest my fall wasn't working and I was heading out of control towards the rocks below. Luckily I averted disaster by using my elbow as an ice axe in the snow and rocks and managed to prevent a complete disaster. This didn't do much good to my elbow and I lay writhing in pain for a few minutes before I got my shit together. I lost a bit of bark but luckily nothing was broken.

I continued down the steep scree slope until I reached the ice slope above the Hag which had no more obstructions so I lay on my back and went for it. I slid down about sixty kilometers per hour coming to rest in deep snow, Oh what a feeling, we had done it, we had conquered the mountain. We sat in the snow for a while to admire the view and to take in what we had just achieved before climbing into the Hag and heading back to the station. 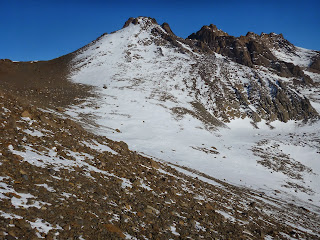 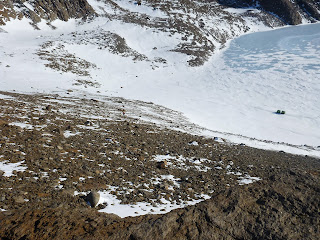 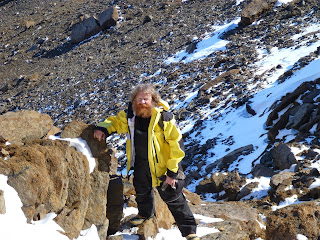 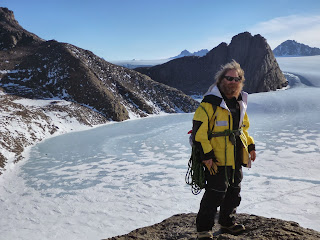 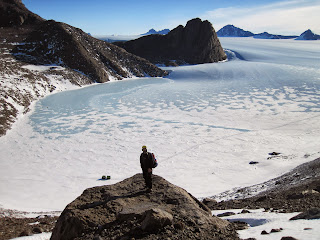 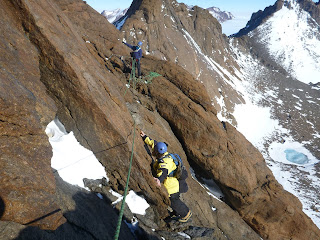 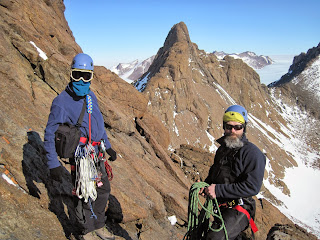 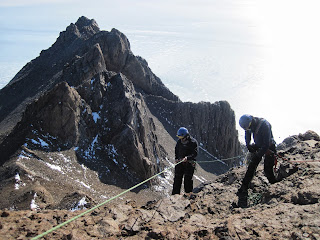 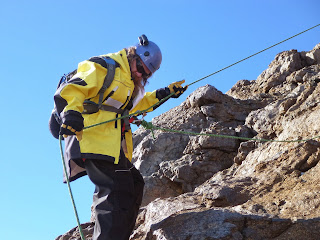 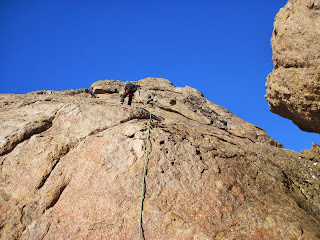 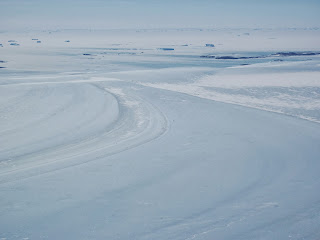 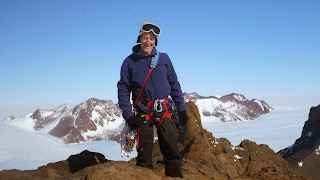 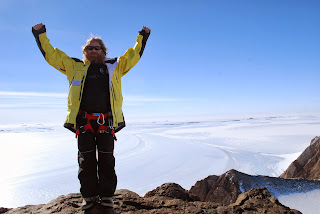 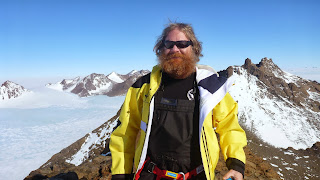 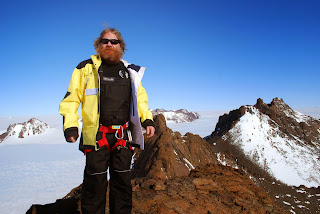 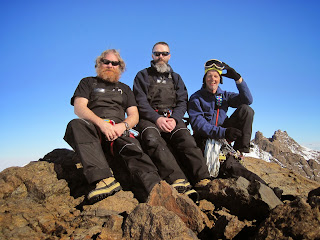 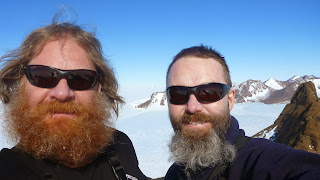 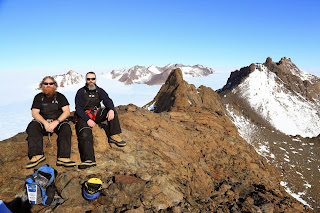