I woke up today very sore and tired. The spare ARPANSA detector we had been using crashed in the heat again so we had to configure the main unit to go on line. I spent most of the morning fixing the faulty switch mode power supply in the Blizz FM transmitter. As I expected there were faulty electrolytic capacitors among the tuned circuits preventing the power supply from oscillating and when I replaced the forth one it came back to life.

I heard Geoff on the radio say that a large chunk of ice just broke off west bay ice cliffs crashing into the water through the sea ice making a huge noise and a large splash with huge waves. I was on my way up that way to install the Blizz FM transmitter, so I thought I'd check it out while I'm up there. On the way I dropped into the ANARESAT building to reset the antenna tracking control unit where I bumped into Geoff on his way up to check out the ice cliffs. I installed the Blizz FM transmitter and then went over to where Geoff was.

The ice had smashed through the sea ice and there was debris everywhere. I took a few photos to compare the before and after and then I went down to the deiso’s workshop to get a large spanner to take back up the hill to tighten the bolts on the transceivers mast base plate. I had to make this trip several times before I got the right size spanner and by the time had I got it done I was knackered, so I headed down to the transmitter building to see what conditions were like. Propagation was fantastic and I worked a lot of Australian stations before I took a break for dinner. Later I came back and worked a hundred or so stations from all around the world including America, Europe, PNG and my mate in Green Land once again. 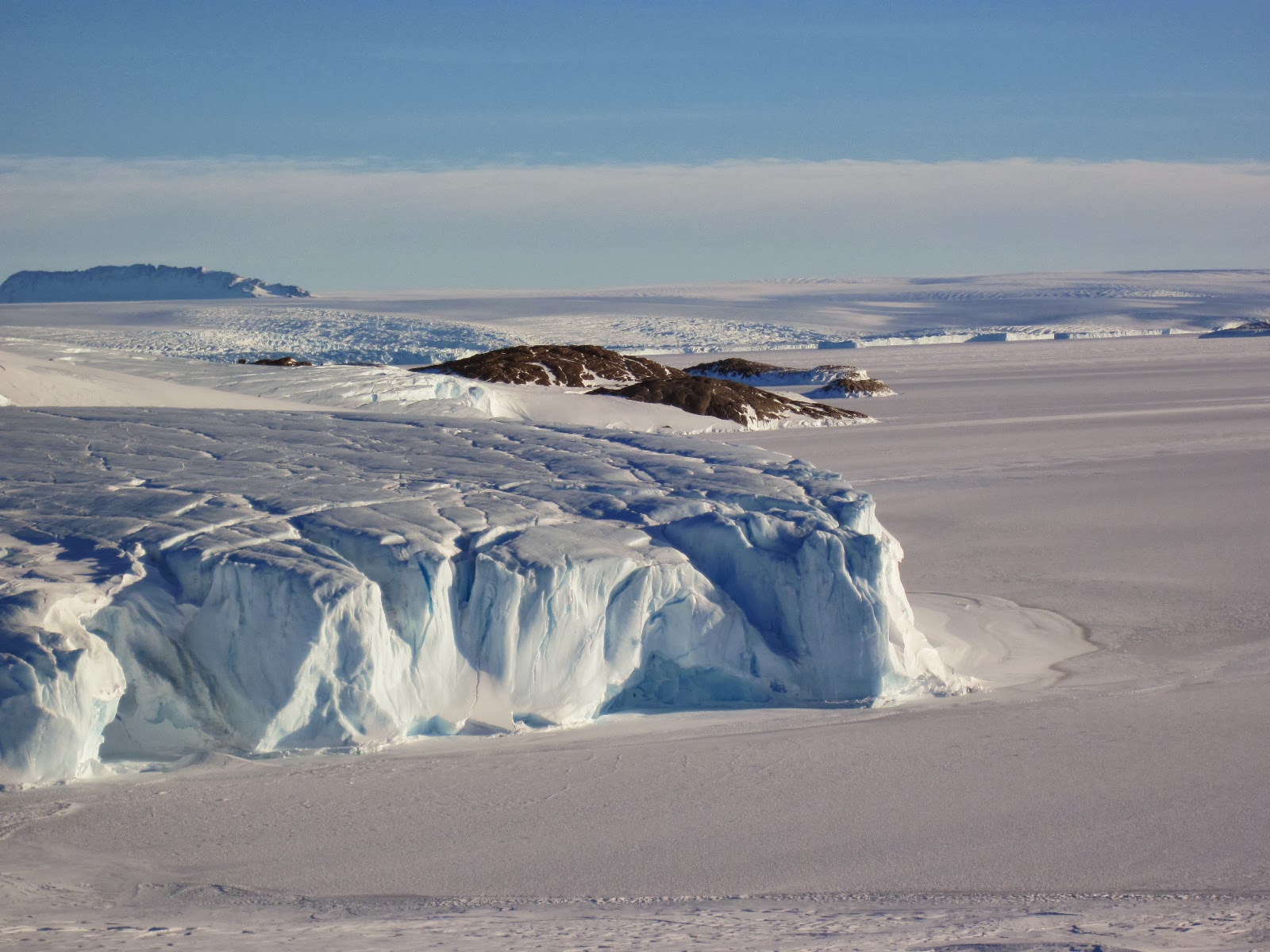 When we first arrived

After the first ice fall in May

After the first ice fall in May 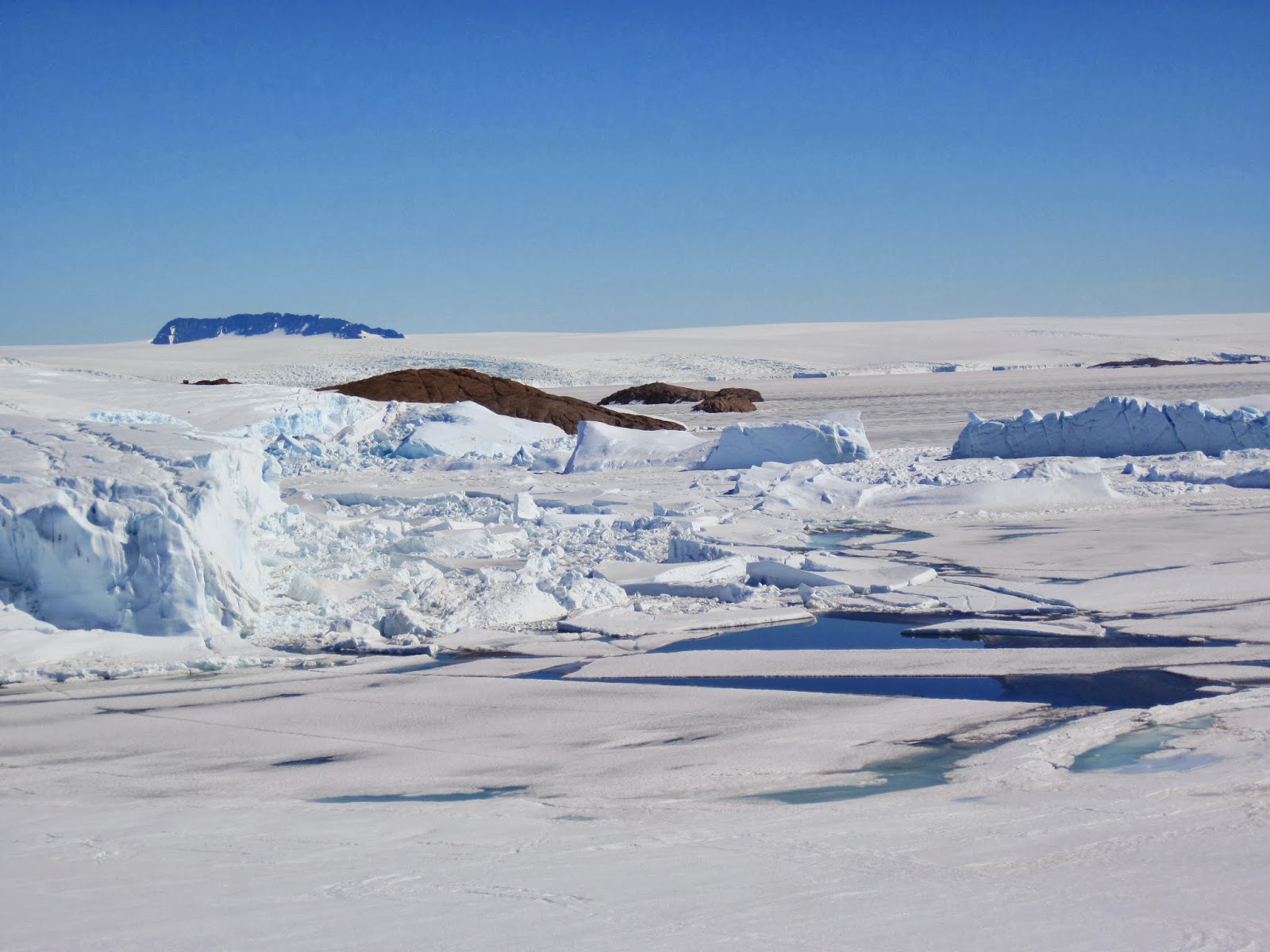 After the second ice fall today
Posted by Craig Hayhow at 06:23