This morning the temperature was about minus 12 and the wind was blowing about 15-20 knots making conditions very cold while packing the tents away and eating breakfast. We spent approximately four hours establishing the Accumulation/Ablation & Ice Strain Stake Networks at the start, end and mid points of the 4 km landing site.


A theodolite and tape measure were used to accurately set out each grid pattern then holes were drilled into the blue ice and bamboo canes inserted to a depth of approximately 1.5-1.8 metres. Photographs and GPS readings were taken at each of the sites and all canes were measured from the top to the top of the snow and also to the blue ice underneath.

The overall rise & fall of the landing site both length and width was measured using a theodolite and dumpy level. We departed the Twintop area at 1315 and had ideal conditions to travel back to Mawson. Our original plan was to spend a night at Mount Hordern and climb one of its peaks but the majority of the team wanted to head back to station. Along the way we replaced several canes on the Fang/Hordern cane line arriving back on station at 1915 after a tiring six hour trip. 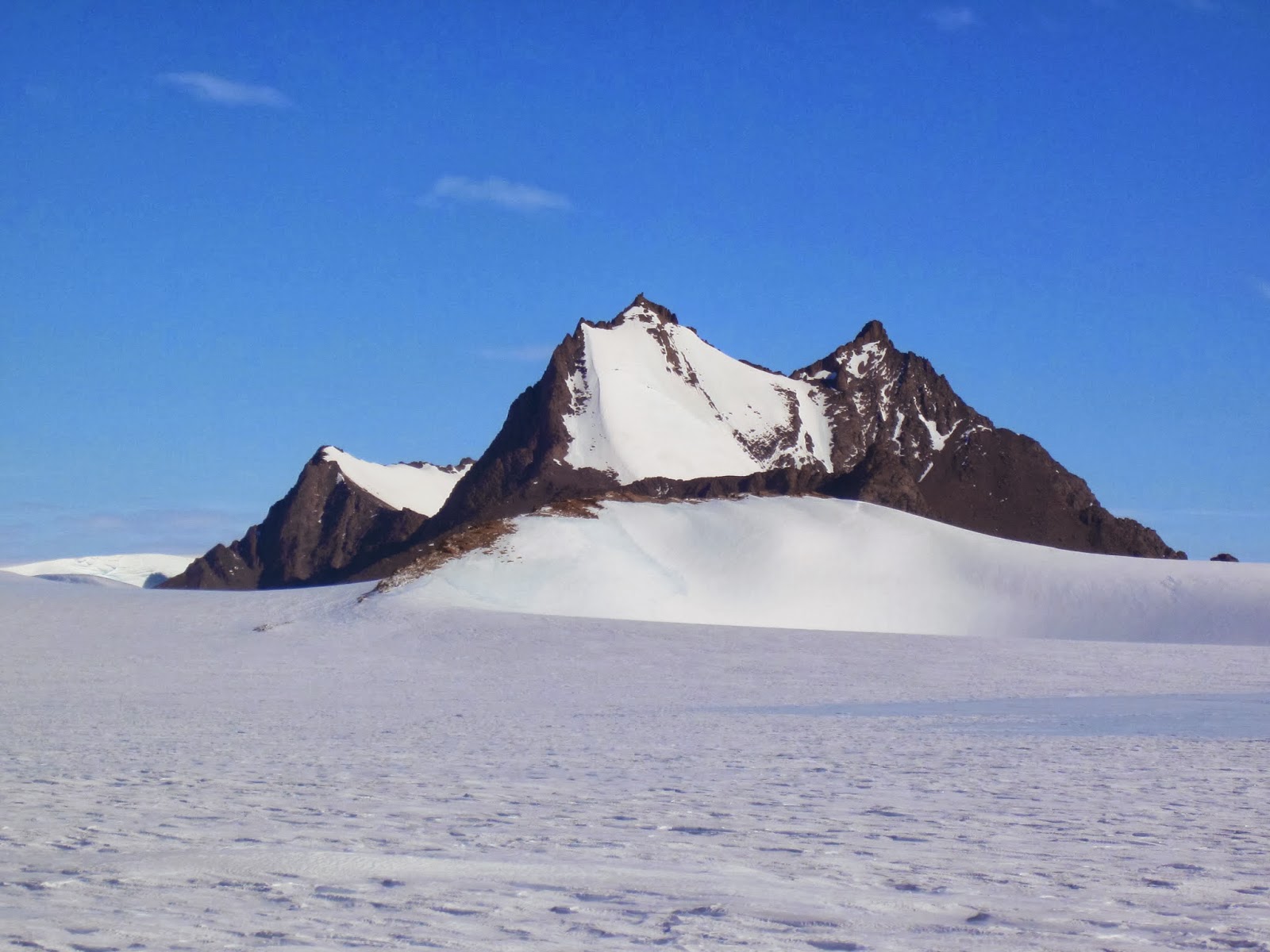