Scattered around the station are numerous large glacial erratic rocks that have been deposited by glaciers. Some of these rocks are significant in the station’s folklore while many others have been bulldozed out of the way or blown up such as “Piss rock”. 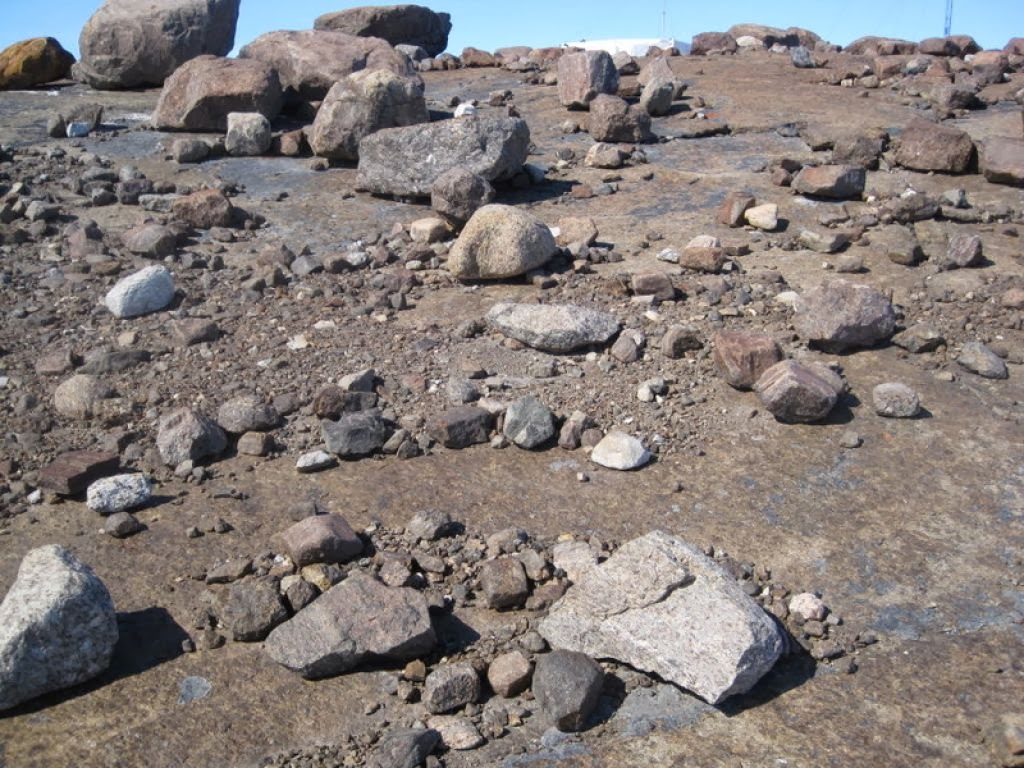 West of the EVS is chock rock, a huge boulder that threatens to roll down the hill at any time, destroying anything in its path. It is held in position only by a few small rocks at its base. Early in the stations history some good humoured person has painted on the rock “Do not remove chocks”. 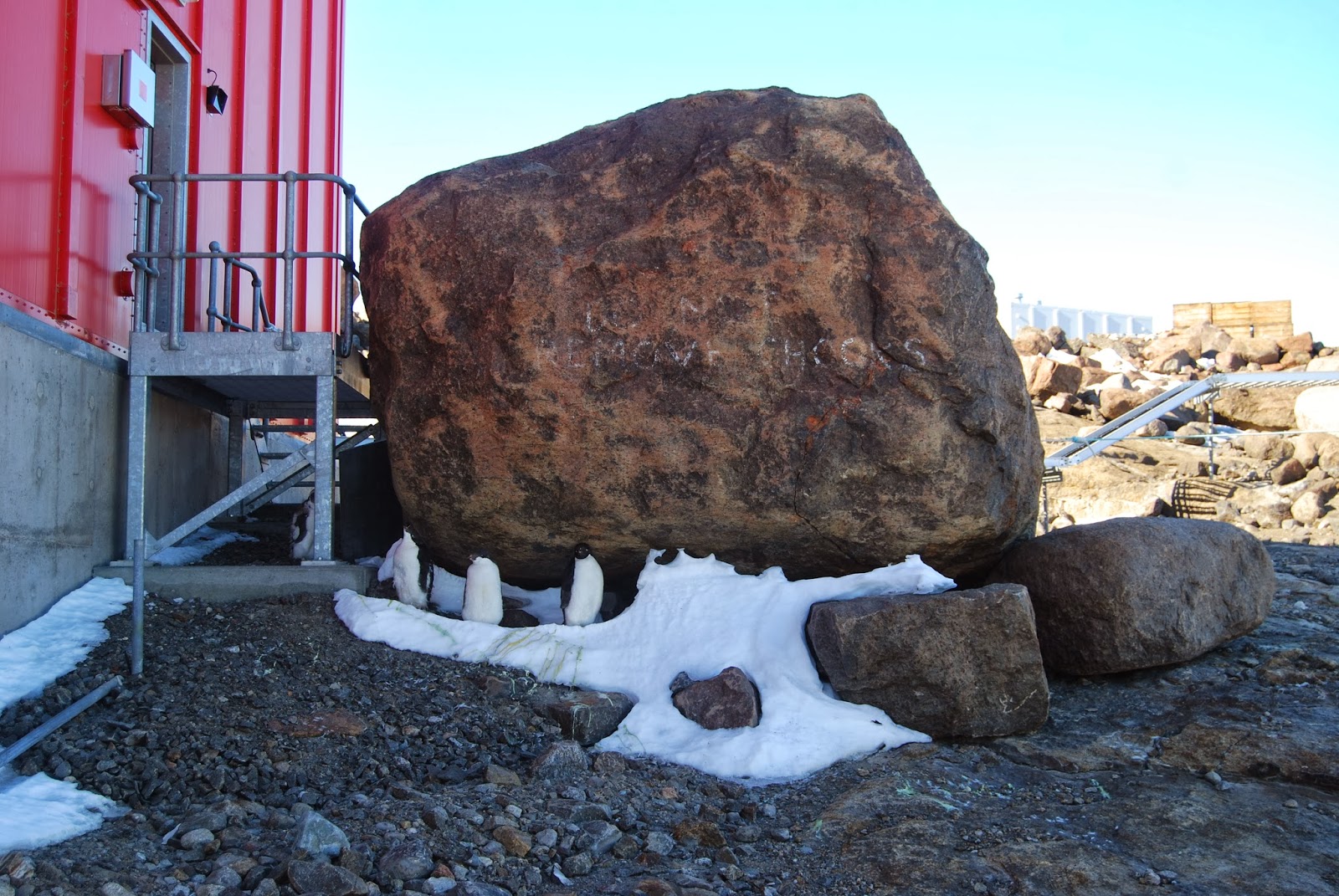 Down below the mechanical workshop there is a huge boulder with the words “Stor Klippe” painted on it. The language is Danish, most likely from a crewman on one of the four Dan ships that used to resupply Mawson (Kista Dan, Thala Dan, Magga Dan and Nella Dan). In Danish,“Stor Klippe” translates to "large rock", which shows that the painter had a good sense of humour. 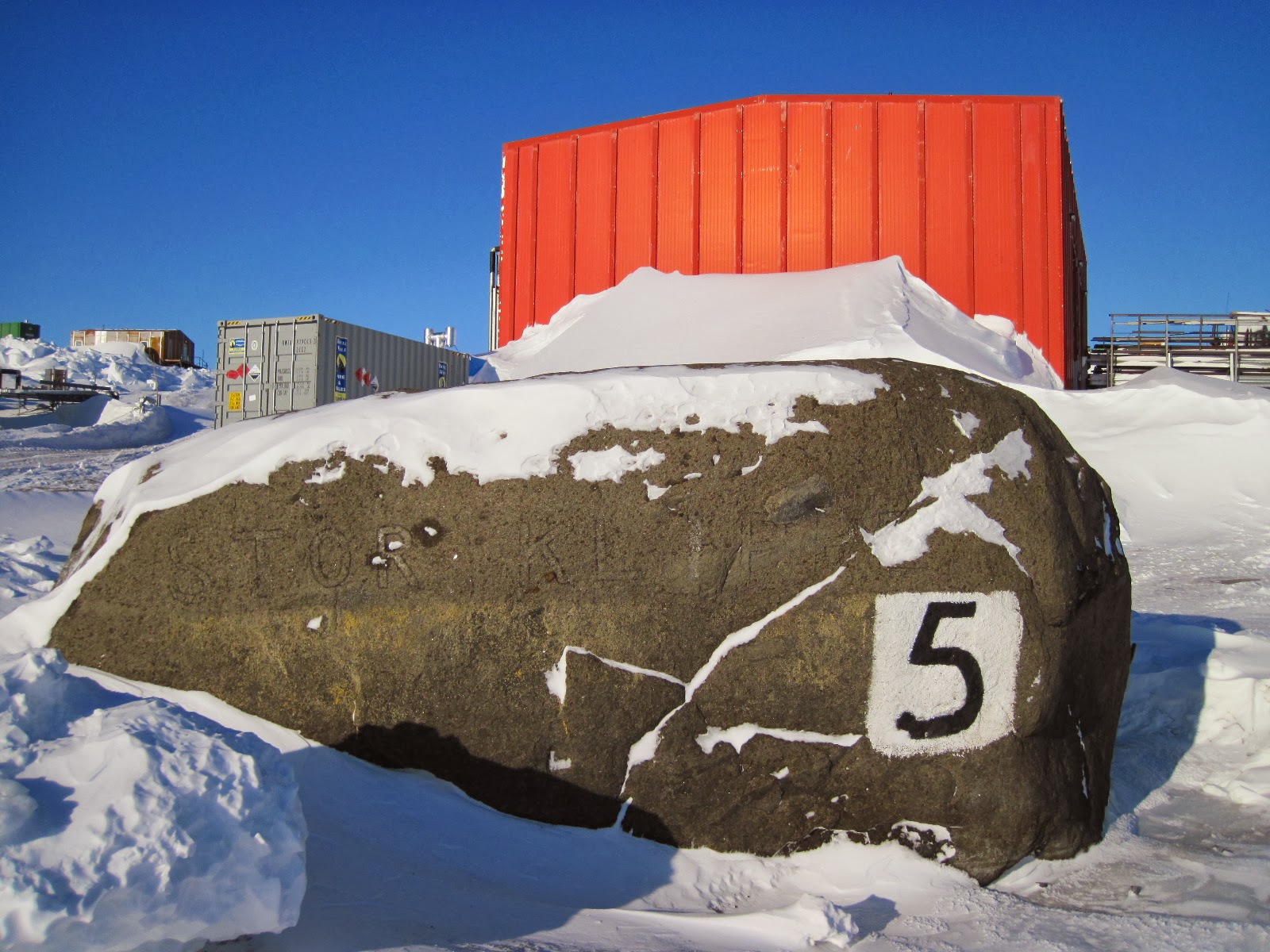 Near Stor Klippe is another rock with RTA written on it. (Return to Australia) Probably the best known rock of all is split rock, two immense rocks north of the EVS. John Bechervaise called it the “Johanna Stone” and described it as “ponderous granite erratic”, well rounded and about 10 feet tall, which has at some remote and lonely time broken cleanly into two parts like a cut pear”. 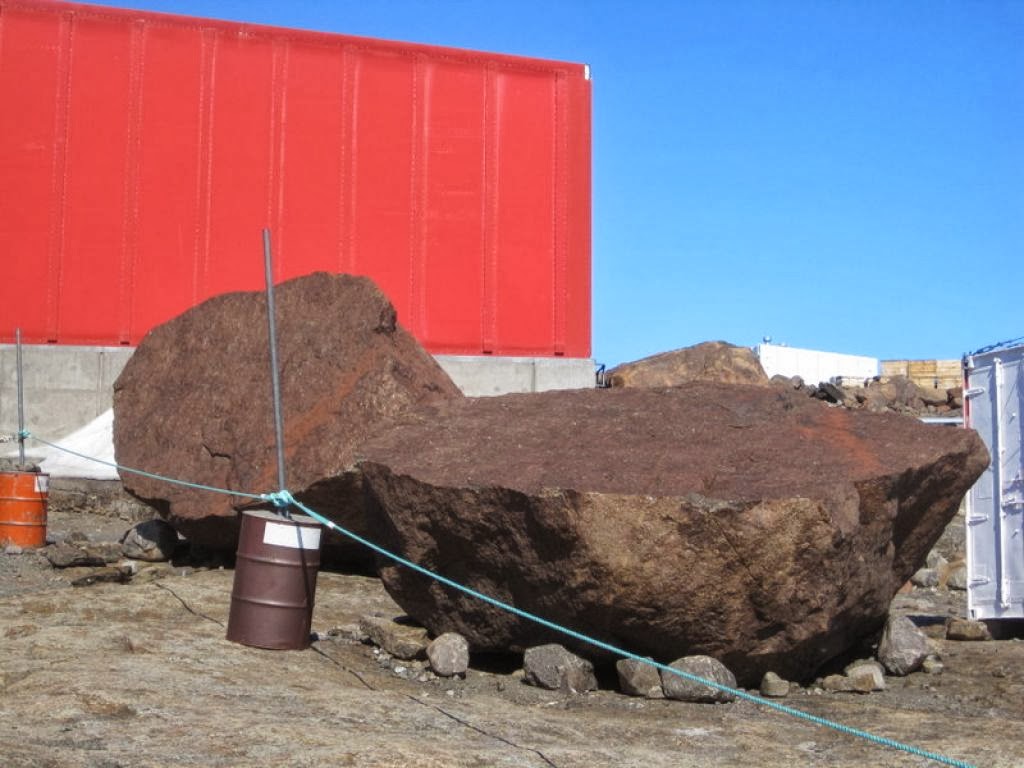 There are many other un-named erratics around station and these mentioned are just a few. 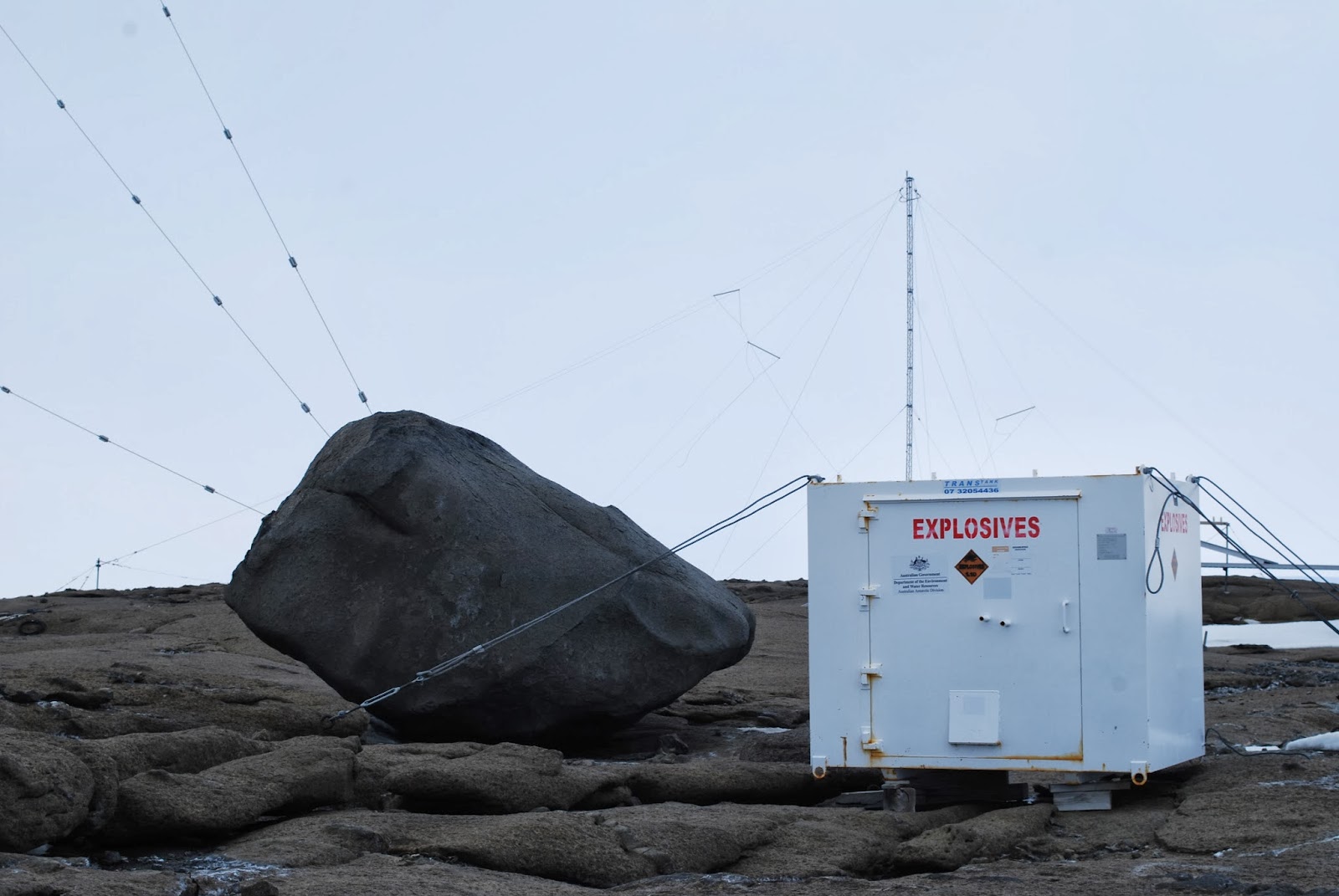