This morning it was minus nine degrees and the katabatic was blowing twenty knots. At nine o'clock we had a meeting with the engineers in Kingston to discuss how to save fuel. Mawson has a two year storage capacity, but last resupply they didn't bother filling our tanks and now this year with the resupply vessel not being able to reach us has left the station low on fuel reserves. They plan on flying in only fifty thousand litres and combined with what we already have will only allow the station to operate until November where it is hoped more fuel may be flown in from Davis Station. It's a complete stuff up and a few people have red faces and have now gone into panic mode. This is all based on the assumption that both wind generators are out of action.

Anyway the meeting was not really called to ask us for suggestions, but to tell us what they want done to start saving fuel. Basically they want to shut down every science program they can and cut power and site services to the buildings. For all other building they want to reduce heating to just above freezing, restrict all lighting and use head torches were possible, electrically limit showers to two minutes and used water will be caught in a bucket and used to flush the toilets. They also want a roster made for power police to do walk arounds to make sure everything is turned off. In the red shed freezers will be turned off and food stored outside, no bain marie, coffee machine, water chiller, zip boilers and even the light in the bar fridge has to go. Well all I can say is I'm glad I'm going home and I don't envy the new winter crew and if I was them I would be doing a runner and finding another job. Even their work program has been scrapped and all they will be doing is replacing lights and fitting timers and other fuel saving devices. We have even been banned from using the hag's out in the field anymore.

I spent most of the day working on my annual report. Just the template is sixty seven pages so it is going to take a while to get done. Today there were three Weddell seals lying on the sea ice in east bay which was great to see. We had a blackout this afternoon too which lasted for quite a while. After work I went down to the transmitter building to check out conditions on the radio and it was going nuts. 10m was wide open and I worked many stations in Australia and also in Europe. Later before dinner I had what might be my last spa in Antarctica.


Just for something different. Here is a jaw bone from one of the husky's I found 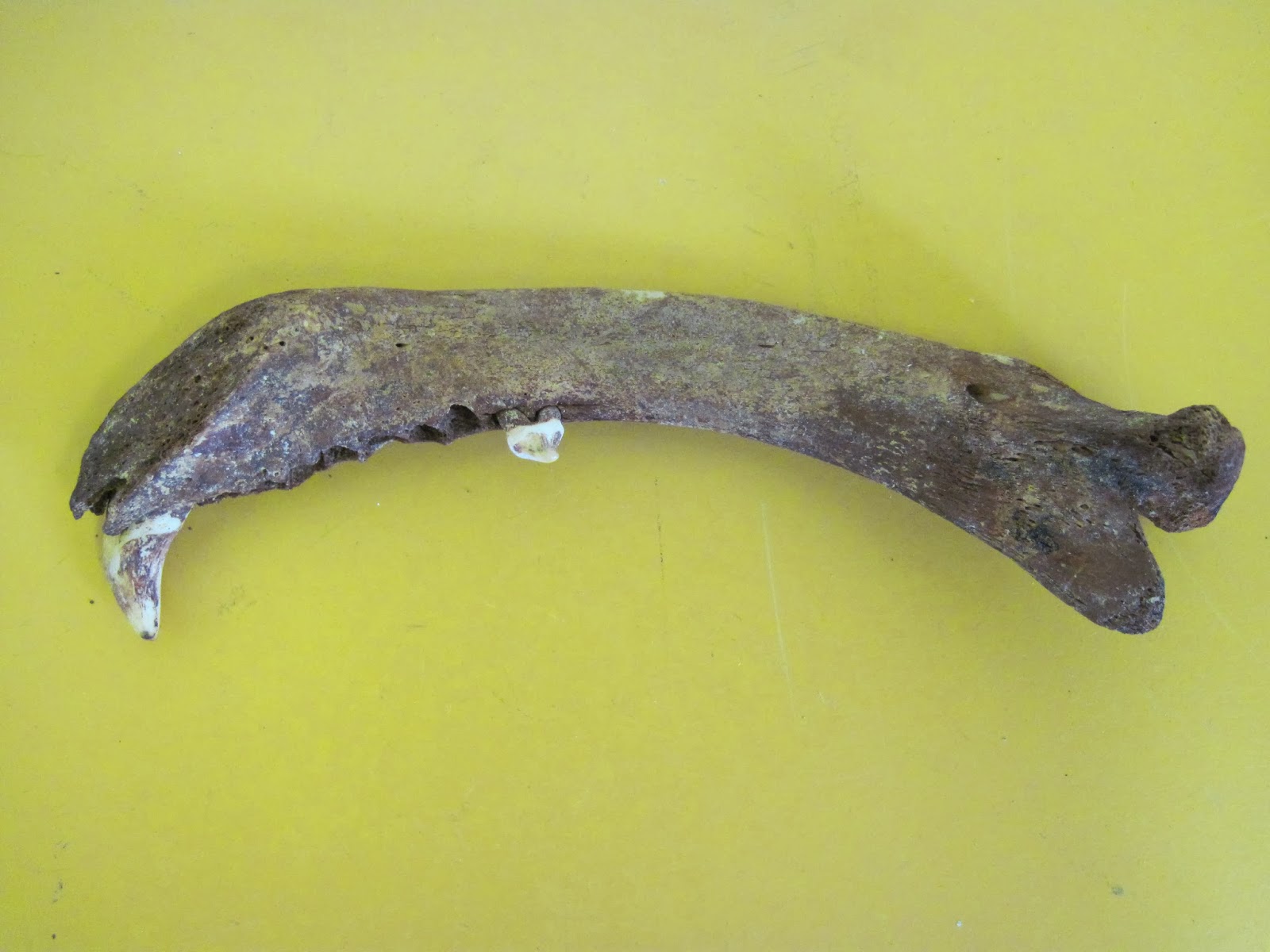