I managed to have a bit of a sleep in today which was great. I worked on my blog for a few hours trying to get it up to date and then had a shower and put on some washing. For lunch I heated up my last Fray Bentos pie that I have been saving for ages. It was great and worth the wait. The wind outside was still blowing strong but now down to about forty knots. At about three o’clock I ventured out and wandered down to the transmitter room. Compared to yesterday, propagation was very poor. I persisted for a while only managing to contact half a dozen Japanese stations and also a guy in Jakarta. Eventually I gave up and went for a walk along the water’s edge before heading back to the red shed for some dinner. After dinner I watched this week’s episode of Coast and then we watched an interesting documentary about building the new Scott / Amundsen base at the South Pole.

All the four thousand Adélie penguin chicks on Bechervaise Island are now dead and probably every chick within a two hundred kilometre radius from Mawson due to the sea ice not having broken out. This could possibly be hundreds of thousands, if not millions of dead penguins. Around Mawson there is no wildlife at all compared to last year. Normally the adult Adélie penguins come in to moult this time of year, but as they have to fatten themselves up first out at the ice edge it’s probably too far to walk in so they might have all gone to the closest Island to the ice edge. We normally have dozens of Weddell seals laying about the station also and this year there is only one lone seal showing up now and again.

The Aurora Australis is now at Davis station waiting for the weather to improve to make an attempt to reach Mawson. All we can do is wait in limbo to see if they will attempt to get us out or head off back to Hobart. They are still talking about a fly off but we have strong winds and a blizzard warning for all this week. We are down to our last sixty mouldy onions and not much else. 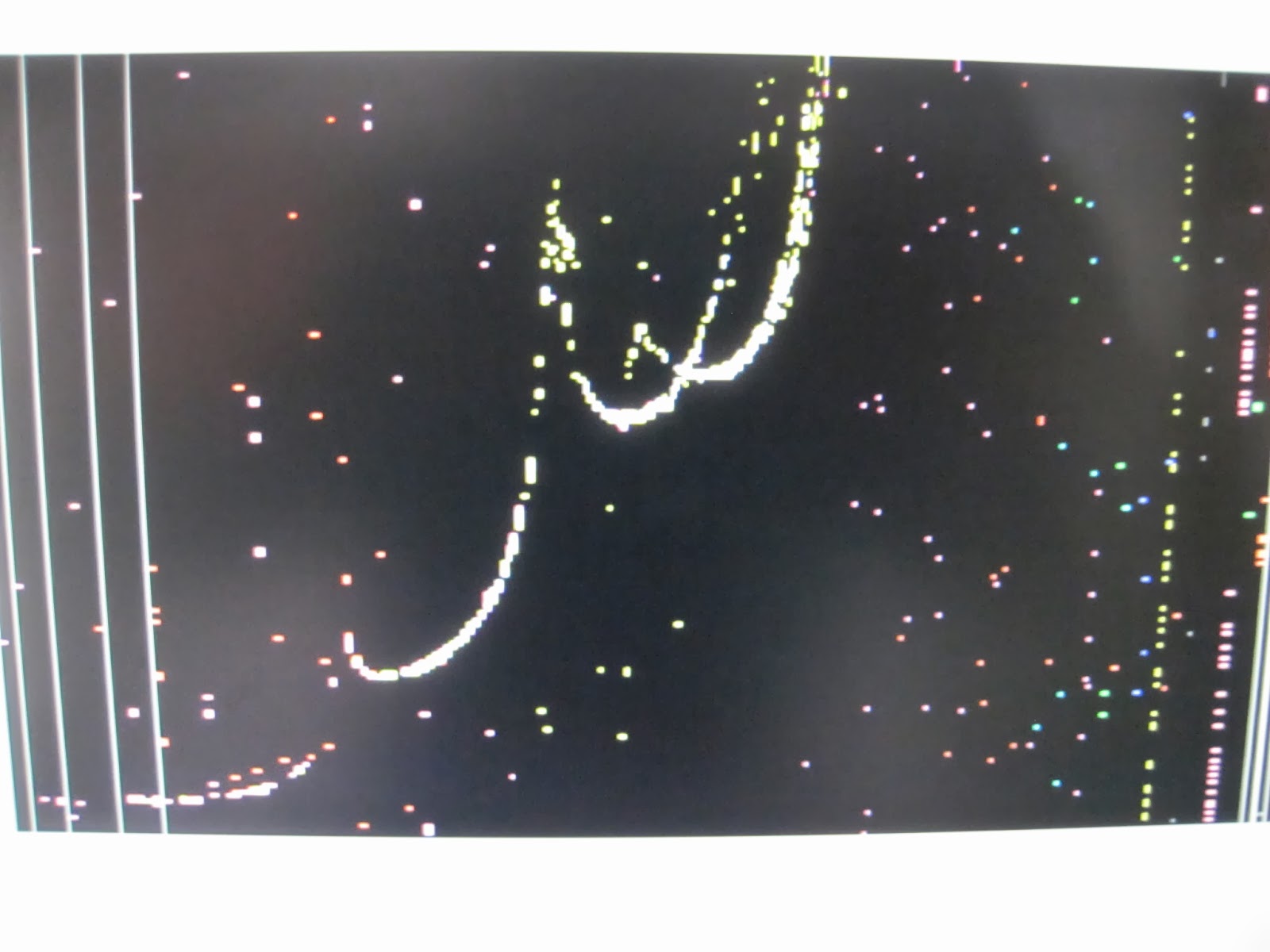 Here is the display for the IPS HF Ionospheric Radio sonde showing elevation and frequency. A sweep signal is beamed strait up and a receiver measures what is reflected back. This is a convenient indication for me to know in advance what conditions are likely to be on the various bands.
Posted by Craig Hayhow at 20:19