This morning I woke very tired after the last couple of day’s activities. I spent most of the morning catching up on emails and the bloody gamma ray detector in ARPANSA had died once again. I spent a bit more time chipping away at my annual report and late in the afternoon I went down to the transmitter building and bands were going nuts once again. I put a few calls out on 10m and to my surprise I had over thirty contacts to Australia and New Zealand. This was a first for me in over fourteen months down here and there were a lot of happy chappies out there in radio land tonight. Tonight we had fish & chips for dinner while Justin, Keldyn and the Doc went camping out in the central Masson’s as the wind increased to over forty knots. 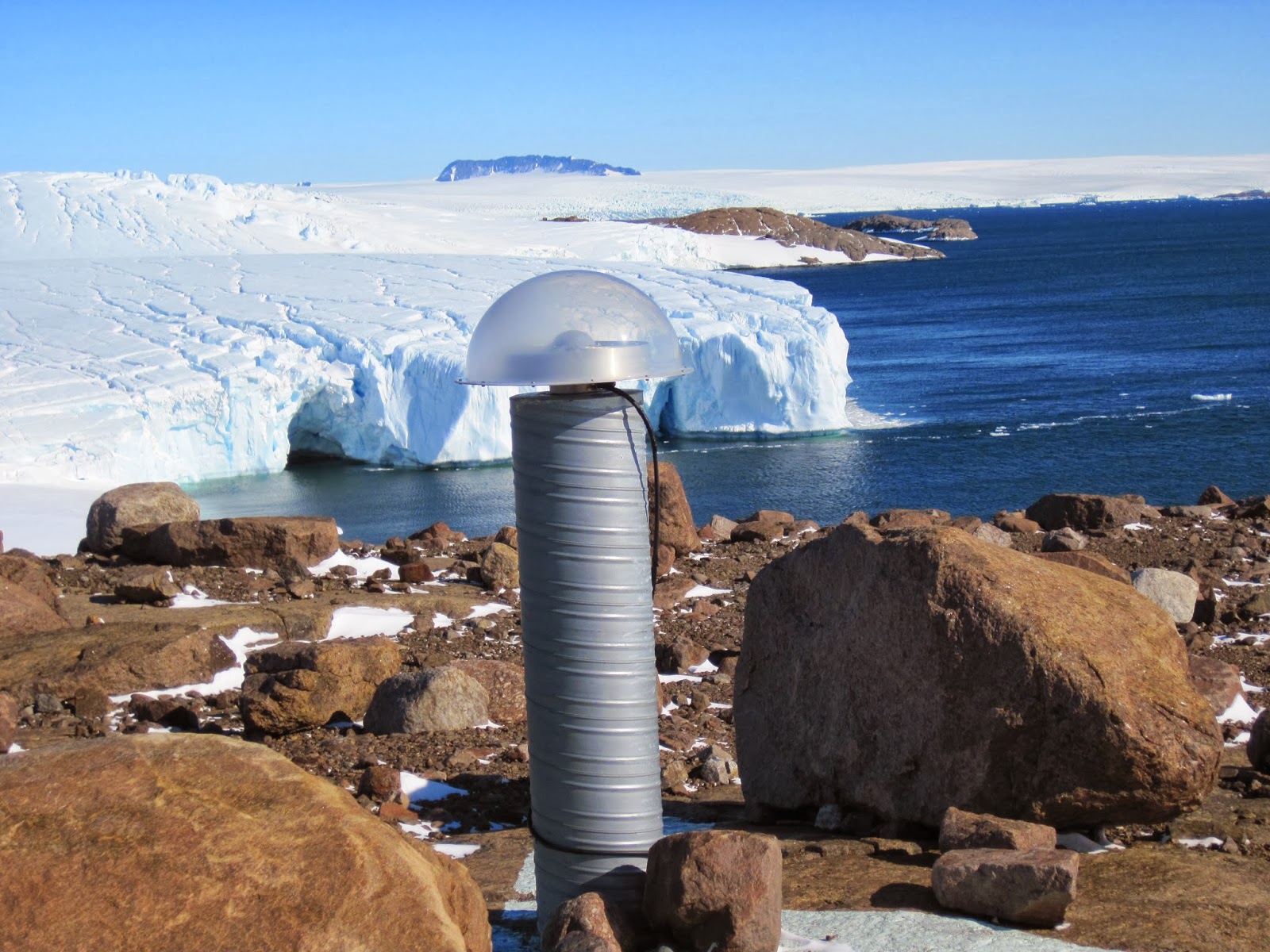 Precise Point Positioning using GPS to measure tectonic motion in Antarctica is done at seven locations including Mawson station and has been gathering data since 2004. Data has shown Mawson is moving roughly 1.30 ~ 4.90 mm/year in a westerly direction and as a result of tectonic motion, gathered data has revealed Antarctica rotates in the same direction as the Earth's rotation, centering on the outline of Mawson station. The approximate rotation amount based on X-Y plane was 0.001±0.0001 per year.
Posted by Craig Hayhow at 09:12