Today I was the cook and the slushy which is quite a task for twenty one people. For smoko I cooked some sausages, baked beans and and toasted ham? and cheese sandwiches. The meat was sort of a red colour and I had no idea what it was and there were quite a few complaints but what can I do. The meat was sliced and cryo vaced and I have no idea how old it was. For lunch I put out the usual disgusting spread and tried to jazz it up as best I could. For dinner I made Nasi Goreng and Mee Goreng, salt & pepper squid and stir fried vegetables and for sweats I made rice pudding.

I thought the Mee Goreng came up OK, but some people were horrified that I used two minute noodles. I was disappointed with the Nasi Goreng as our rice cooker blew up and I had to cook it in a pot and it turned out quite sticky. I didn't have a lot of the ingredients either and I had to use powdered eggs which are crap and I had to substitute the bok choy with purple cabbage. Everyone woofed it down and I received a lot of good comments but personally I was disappointed as I know I can do a lot better it I had the ingredients. I was on my feet and working nonstop from sunrise to sunset and was totally buggered when I finished. 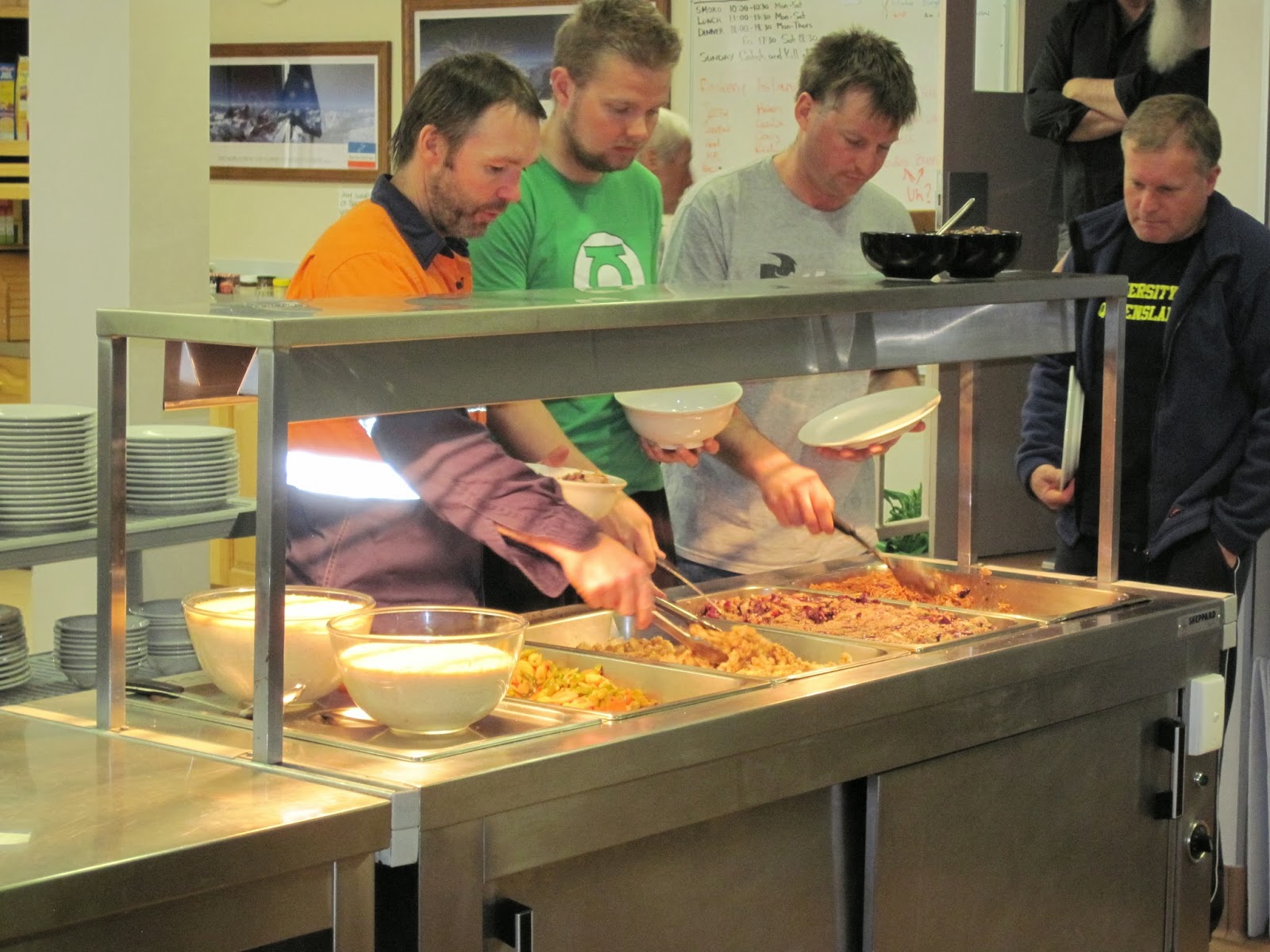