Today the weather has improved and the sun was out all day. The wind was blowing about twenty knots most of the day and lots of snow blowing about. We had a laugh at lunch time as I had to pull the curtains across as the sun was in my eyes. I spent the morning answering emails and then I got the tide gauge poles and drilled drain holes in them.

For a while the wind dropped right off and I was going to move the server from the ANARESAT building to the operations building (after I dug the door out) but shortly after the wind came up again so I have postponed it till tomorrow.

I had a spa after work and after dinner I watched a recorded documentary on life in a Bali prison. Tonight Keldyn, Darron, Trent, Justin and John are heading up to Macey hut tonight and out to Auster rookery to see if the emperor penguin eggs have hatched. Three of them will be riding on quads and two in the Hagg and they plan on coming back tomorrow night. It will be bloody cold on the quads as it was minus twenty three when they left. 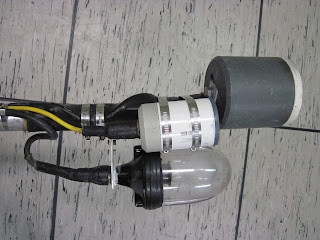 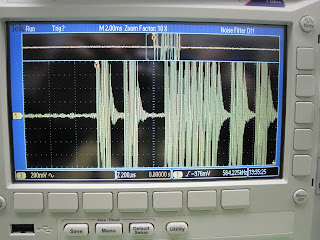 Pulse train from the laptop to the interface coil
Posted by Craig Hayhow at 08:12