This morning I got up early to get all me gear prepared and loaded into the Hagg for an overnight trip up to Mt Henderson with Luc. We headed off in the green Hagg around nine am in the dark. Climbing up the blue ice plateau was very slippery and at one time I nearly did a 180 as we lost traction but slowing down and taking it slow and steady did the trick. Once we got up on the plateau there was no wind and perfect conditions but to the south were these magnificent cloud formations. Luc had to stop and get photos for his meteorology training. After we climbed back aboard I said to Luc I think we are going to get clobbered shortly as I could see a bliz wall heading straight for us and sure enough in about ten minutes it hit. 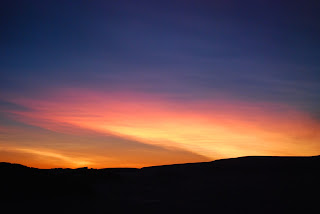 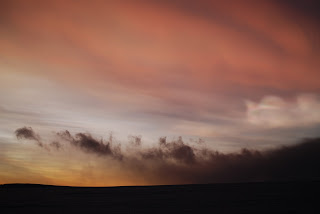 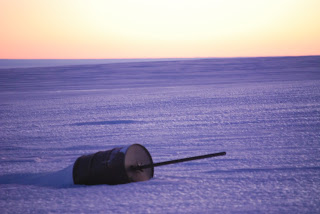 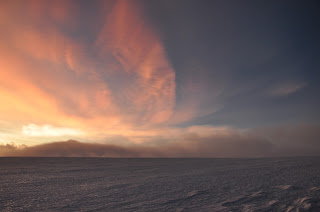 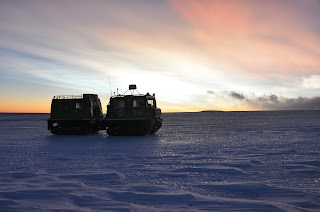 Instantly we had about fifty knots and a total white out. Imagine walking or being on a quad bike right now? All you could do is go to ground and bivy up till it blows over which could be several days. Lucky we were safe and sound in the Hagg and I turned on the radar and continued on at a snail’s pace watching the radar and GPS intensely for fuel drums and cane poles (marking the trail) so we don’t smash into them. The bliz was so thick I couldn’t see the ground when I opened the door and it was like driving in a bowl of milk. I was able to navigate within metres of every cane pole and drum without incident. 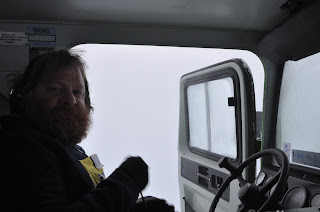 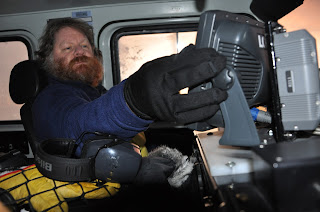 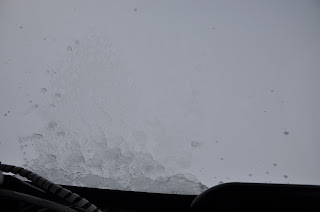 Sometimes we would go over some Sastrugi and even though I knew I was on the route and level ground our brains started to play trick on us and we would think we were about to drive over a cliff and it would scare the shit out of us. It was extremely cold too and all the windows kept freezing over but not that that mattered. After a couple of hours of extremely good navigation (even if I say so myself) I managed to drive up a 660 meter high mountain, past ice cliffs and crevasses to reach our refuge in the tiny Mt Henderson hut. I parked the Hagg into the wind and closed all the hatch’s and we retreated into the hut for a nice hot cup of soup and a snack. Inside the hut was about minus twenty and it was difficult to see each other through the water vapour caused from our breath and, the snow melting on the stove and the heater.

This hut is like all the others, very old, tiny and in poor condition and should have been replaced twenty years ago, but we are very lucky just to have them. After a couple of hours just chilling out in the hut, the wind seemed to have dropped and the sky was clearing so we decided to venture out once again and drive down to a huge wind scour I had intended to check out. Once we got down to about five hundred metres the visibility reduced to zero once again, but we decided to continue on and try and make our way into the wind scour using only the radar. Amazingly I managed to find it easy and drove right up it as far as I could go.

Even though it was blowing forty to fifty knots and only about ten metres visibility, we decided to take a walk up the scour any way. I took a way point of the Hagg’s location on my GPS just in case, but we were walking up a steep sided wind scour on a rising incline so it was impossible to get lost any way. It was a massive wind scour, the biggest I have seen so far and the scenery was really quite spectacular despite the limited visibility, cold and strong winds. Luc didn’t have on micro spikes so we went up about a kilometre before it became too slippery for him to walk and then we turned back, at times sliding back down on our bellies like penguins. 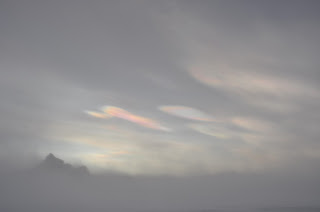 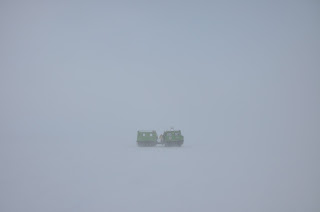 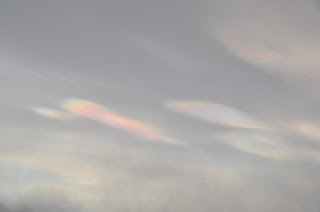 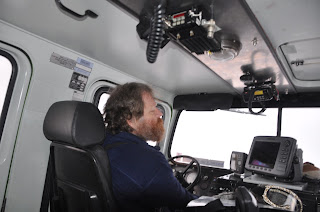 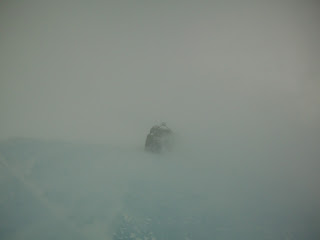 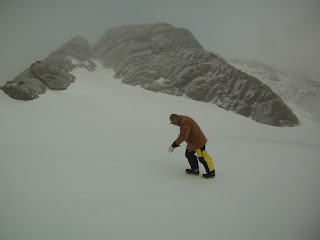 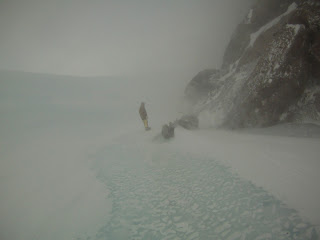 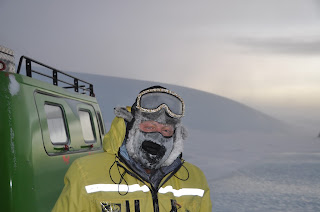 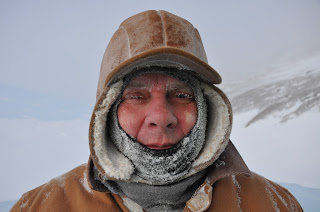 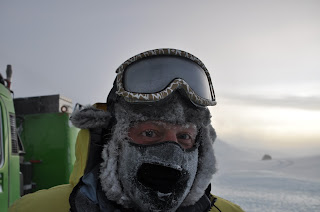 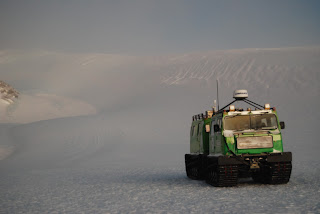 We found the Hagg without incident and warmed up before following our track back to the hut using the GPS. Once above about five hundred and fifty metres, the visibility was much better and we drove over to another wind scour and frozen lake for a quick look before it became too dark around three thirty in the afternoon. We got back to the hut just on dusk for a nice sunset and chilled out while we waited for dinner time. While waiting, I rigged up a new battery to drive two compact florescent lights instead of having to rely on candles all the time. The new lights worked great and made a big difference. 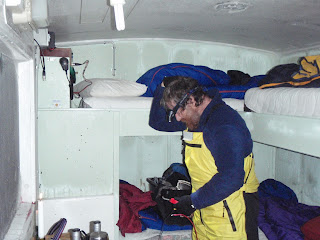 Yes, that's ice on the walls and ceiling 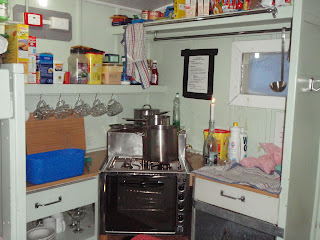 After dinner we cracked a couple of bottles of wine and a nice bottle of port and by this time the hut was starting to get nice and warm at around plus ten degrees. We bitched and told lies and laughed till late in the evening before going to bed around midnight.