Today it was blowing hard with lots of snow. After ARPANSA I made my way up to the transceivers hut to take a look at Bliz FM our local radio station which has been off the air for two days now. It didn't take long to sort out the problem and then we were back on air again. Later I went down to the transmitter hut and made some modifications to the earthing on the 1kw amplifiers and then spent the rest of the day finishing off the hard line feeders.

The foreign movie tonight was called Bienvenue chez les ch'tis (Welcome to the sticks). This was a French movie and was a very good. After the usual movie debrief we watched a couple of hilarious episodes of Housos. 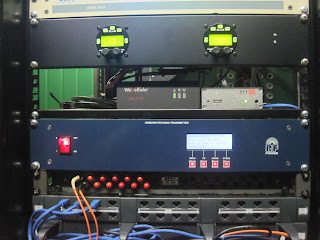 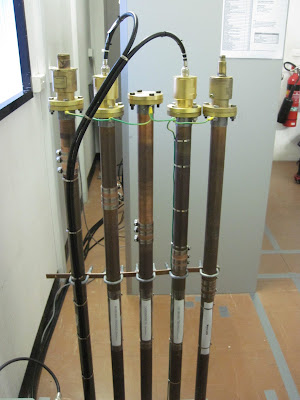 Hard line feeders in the transmitter building
﻿
Posted by Craig Hayhow at 05:38