Today Chris, Lloyd, Luc and I headed off for a day trip to the Forbes Glacier. The day started out quite windy and overcast and this was disappointing after yesterday’s weather. On the way, because of the cloud cover it was very difficult to see any definition on the sea ice and I had to use the lights to help try and identify any sastrugi and snow drifts. Even so it was quite a quick trip the twenty kilometre run down to the glacier.

Along the way we drove through many Islands and around many ice bergs admiring their shapes and colours. As we were approaching the glacier at a comfortable forty kilometre per hour there was a bang followed by a crunching noise which sounded pretty terminal and came to a rolling halt. When I applied the accelerator there was a grinding sound but no forward movement and the same thing happened when I put it in reverse.

First thing that came to mind was we had broken a universal joint in the cold weather. We all got out and crawled under the Hagg and nothing was obvious, so off came both the engine cowlings and once again there was nothing obvious? Lucky Luc was a mechanic in a previous life and he took a systematical approach and eliminated the transmission and drive train and everything pointed to the transfer case. We feared there was something damaged inside the transfer case as that was where the grinding sound was coming from when Luc crawled in deeper and found out there was a hi/low ratio lever that had slipped into neutral.

You bloody beauty. Just imagine if we had called the boys out for a tow and they got all the way down here and discovered that? The old Hagglunds has a hi/low ratio lever next to the driver, but these new ones have a much powerful engine and they are designed to run in hi ratio all the time. This was not explained to any one in our driving course and even the mechanics didn't know about it at first. It should be tied up with some wire or a bungy strap to stop this from happening.

Any way, problem solved and off we go. We pull up at the glacier and everyone gets out except for me as my bloody door wouldn't open. Eveybody took turns at trying to open it but the bloody thing was buggered so I had to stay in the vehicle most of the time while the other walked around taking photos and taking in the beauty of the glacier.

Eventually I got the shits and started climbing in and out over the engine cowling exiting through the front passenger door, no easy feat dressed in polar gear and wearing micro spikes. As the day went on the Skye's cleared and the wind dropped to zero and the sun came out making for great photography.

We all had a terrific time and eventually it was time to start heading back as I wanted to be back on station before dark. On the way back I followed the ice cliffs admiring all the tremendous formations and colours and textures of the ice. From a distance Luc spotted a unique formation in a distant ice berg that we just had to go and have a look at. Is it a man thing or have we all just been away too long? I'll let you be the judge.

After a bit of fun and games at the intriguing ice berg we headed of back to the station as the sun was setting. About five kilometres from station it became very overcast and the wind started to blow quite strong blowing snow and threatening to become a white out. We rolled into station without any drama except for another two doors not wanting to open which will keep the mechanics busy for a little while. The guy's on station said it had been overcast and windy all day so we were lucky to have the nice conditions down at the glacier.

After dinner we had the people's night. Justin showed several of his time laps videos while Cookie showed some of his photo’s of working in Arnham Land and Keldyn played two Ted movies. 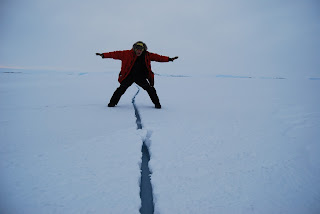 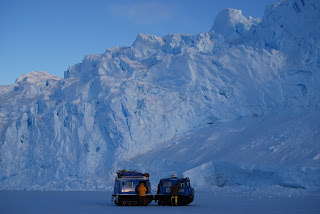 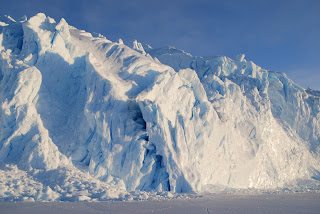 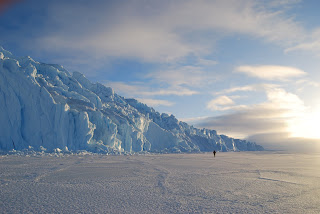 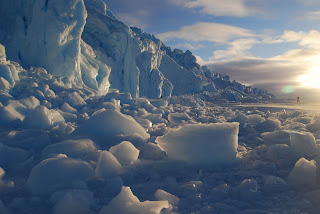 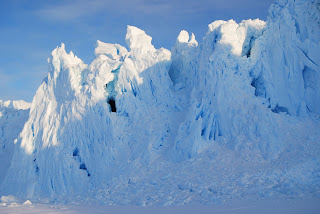 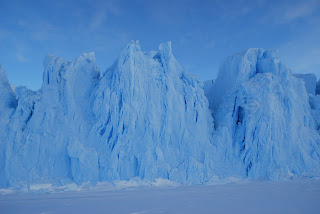 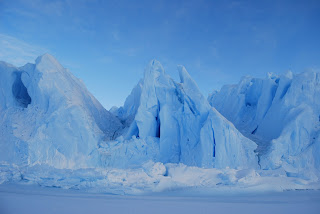 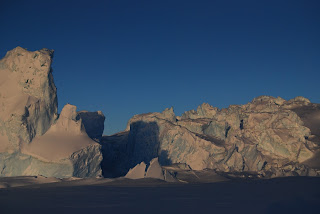 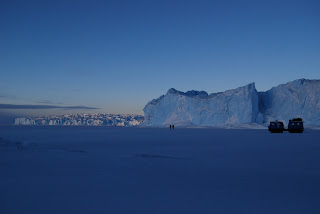 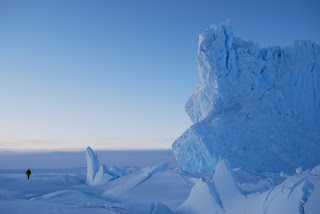 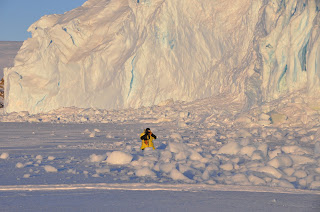 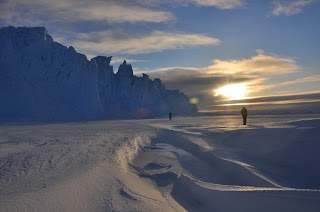 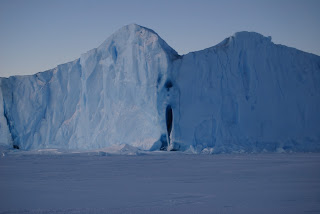 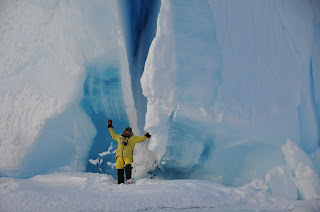 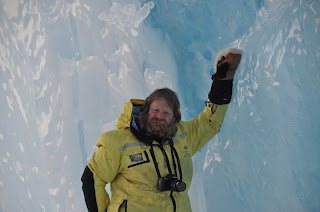 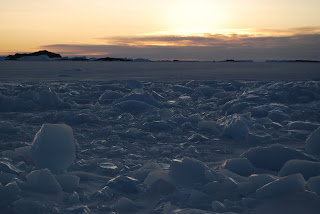 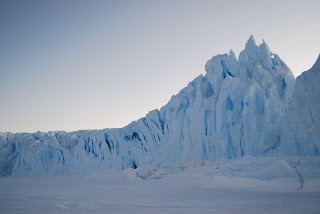 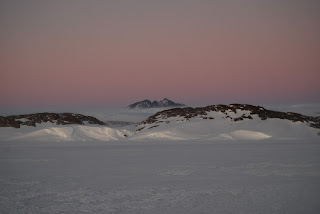