Today was a lovely day with little wind so John, Keldyn and Lloyd went to the Russian aircraft while I went back to cleaning the workshop. Just before lunch went down to the transmitter building and talked to Dick in Fiji also a bloke in the UK using Olivia and I also had a chat to two blokes in Spain on SSB. After lunch I helped Troy with testing and tagging in the transmitter hut.


The power went off some time after four and then our UPS died just moments before the power came back on so we lost all our servers and it took the rest of the afternoon trying to get everything back on line once again. It turns out one of our battery banks was not connected. We only got the paging system operational shortly after seven. Chris, Cliff, Peter L and Peter C returned from Macey hut and had a great time up there as the weather they said was really good.

The foreign movie was Charlie and Boots followed which every body likes and latter on we watched two episodes of Trailer park boys which has us rolling on the floor with laughter every time. Some of us are so addicted to this show we hang out for it all week. 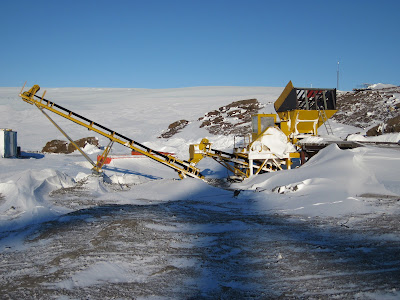 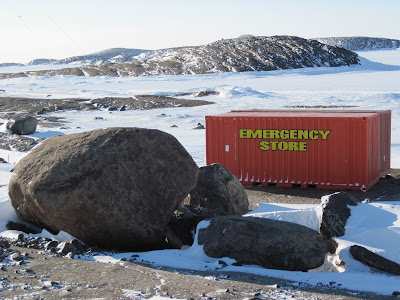 12 months of spare tucker in case the ship sinks and we get marooned for another year
Posted by Craig Hayhow at 08:45