We left Mawson at nine o’clock in the morning and headed east close to the ice cliffs to try and avoid the bad sastrugi which can be really bad up this way. The run near the cliffs was terrific with very little Sastrugi and I was able to cruise at around forty kilometres per hour for the first hour or so. Eventually we had to steer north to head for Macey hut and the terrain was heavy sattrugi and very rough going. The sky was overcast and there was absolutely no surface definition and we were in a terrible white out. I didn't have my sun glasses and my eyes were aching with snow blindness. Every now and then we would smash into a large bliz trail or deep hole severely jarring our backs or hitting our heads on the roof. My body organs felt like soup.

We reached the hut and as the weather was reasonable we decided to continue on to Auster. Finally we rolled into the large area of grounded bergs and parked a distance from the tide crack where many birds were gathered and unloaded our equipment. We ran out a power cord and used a generator and electric drill to drill the hole for the pole cam to be lowered under the ice while I setup my video camera on a tripod at the regulated distance to film all the penguins entering and exiting the water. We could hear a seal breathing and just see it through a small hole resting under the tide crack. I then moved the Hag right out of the way even though the our presence does not bother the birds at all as they are so inquisitive they all just gather around you and come over to take a look at your equipment of just to stand all around you. As I exited the Hag my camera slipped out of gloved hand and fell about thirty centimeters landing lens down onto the rubber Hag track damaging the internals of the lens rendering it useless. I was gutted and now have only my zoom lens and happy snap camera. These cheap Nikon lenses are only made of plastic and built to a budget and I guess the old rule applies, you only get what you pay for and if you are serious, spend the money and get better quality lenses with metal internals. 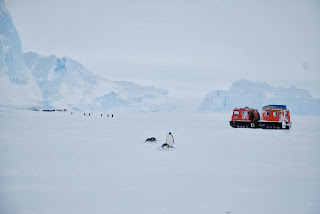 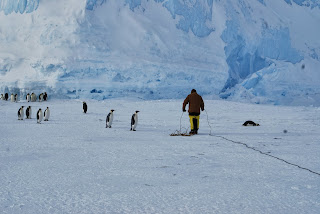 We left these two cameras to do their thing and we all walked over to the colony to photograph the now quite large chicks. The colony had now separated into about five different colonies and some of the chicks had now started to crèche while other chicks were still quite small and relying on their parents. The wind was blowing over forty knots with lots of blowing snow and it was bitterly cold and I was regretting wearing my crab claw gloves and not bringing my bear paw mitts. At one point my fingers were going off so I broke out a couple of iron filing heat bags to put in my gloves which were life savers. They worked well and kept my camera batteries a little warmer, but left my hands filthy dirty. 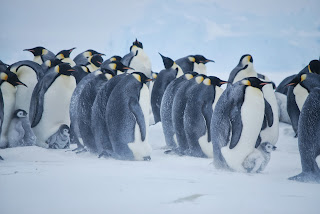 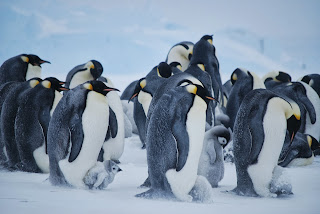 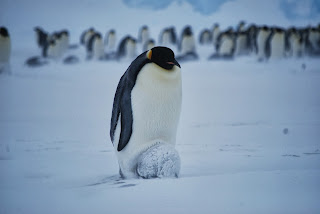 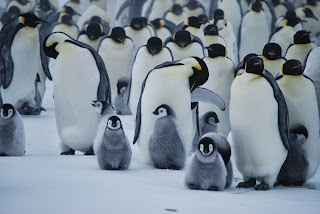 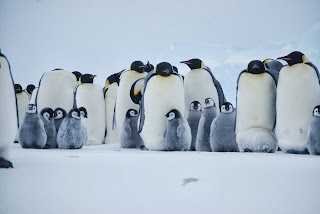 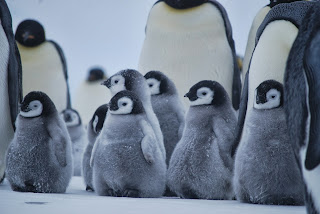 As cold as it was it was good to see the penguins in survival mode all huddled with their backs to the wind with snow and ice all over them. There were the usual guard penguins who always wandered over to stand in between you and the colony to spoil your photo opportunity. The trouble was I was slowly dying and eventually I had to retreat to the shelter of the Hag for a hot drink and some food to keep the hypothermia under control. I then went over to the tide crack to watch the penguins swimming and it was so entertaining I sat there for hours. One had bumped my camera and moved its view from the hole so I lost a lot of footage. They were so fun to watch and I just wished I could get in the water with them. It was so nice to see water in a liquid form once again. The birds were loving it and it didn't take long to start seeing the same birds going in and out over and over again. One even had a tag on its flipper. I think many of the single birds are tasked with keeping the hole open for the colonies benefit as it saves them having to walk up to hundreds of kilometres to the open sea to feed and bath. The birds are so awkward on land an often trip over but so graceful underwater. It’s so entertaining watching them slide in and out on their bellies. Their feathers are so tight that water cannot penetrate them and with a quick shack once out they are dry again but you do see them shivering a bit now and then. 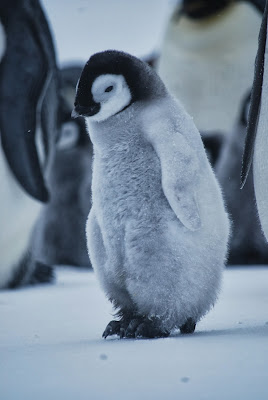 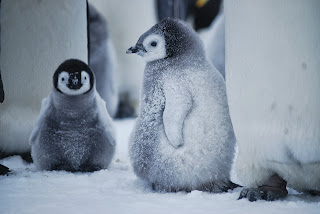 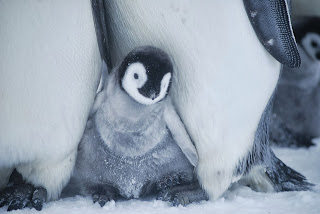 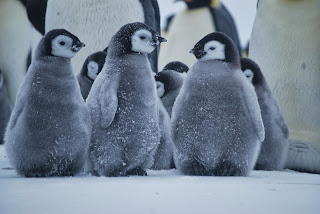 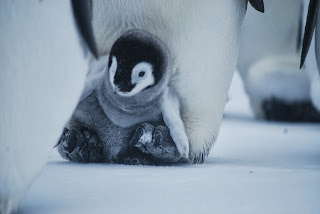 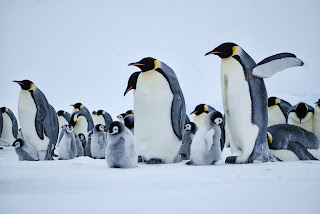 Eventually I started to get very cold so I went for a long walk around the berg looking for any other openings without success so then I walked over to one of the other colonies for a while before coming back to the entertaining tide crack once more. After a couple more hours we decided to pack up and head back to Macey hut for the night. The trip to Macey Island was just as gruelling as the drive in but uneventful. We unpacked what we needed for the night and retreated indoors to warm up. 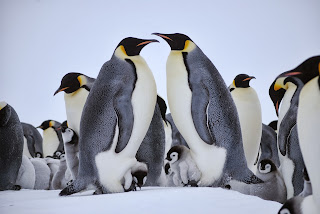 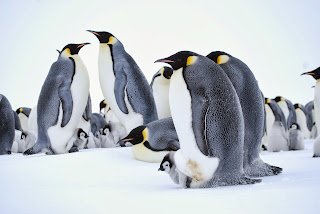 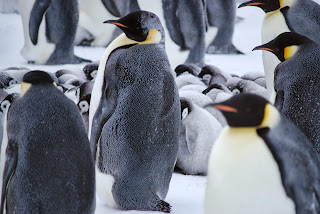 I had planned to replace the VHF radio antenna while there but the wind increased to well over sixty knots so there was no chance of that happening, but I did replace the transceiver inside the hut with a new one. That night we enjoyed red wine and home brew and enjoyed each other’s company while we all tried to tell the biggest lies while the blizzard raging outside shook the hut suspended on its tie down guy wires. 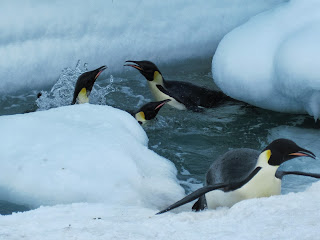 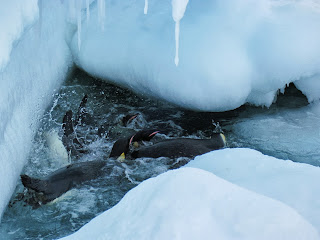 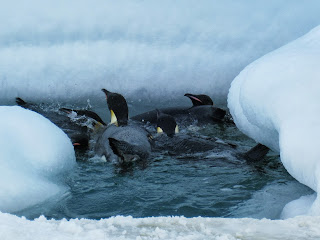 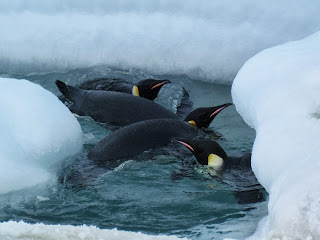