Today we decided to visit Taylor rookery. As it is a special protected zone we could only view the colony from the top of a nearby Island. The colony is not as big as the Auster rookery, but it was nice to see just the same. There were many chicks and lots of birds coming and going. 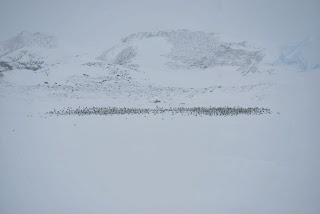 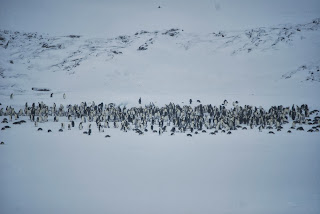 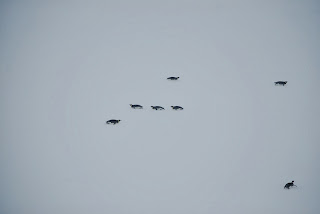 While we were in the area we went for a walk along Taylor glacier and also spent some more time watching and filming the seals and penguins at the tide crack we visited yesterday. 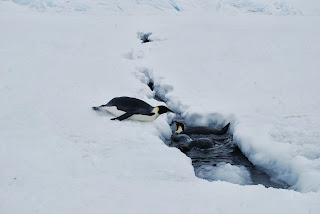 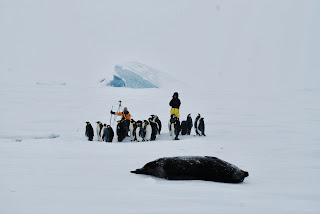 By now visibility was getting very poor but we decided to go for a long drive around the coast line to check things out any way. We found a long interesting ravine and went for a walk to check it out. It had some interesting ice formation at the end and the wind was really howling through there in a vortex. 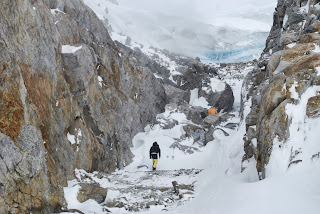 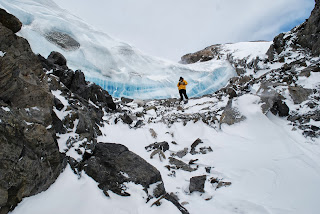 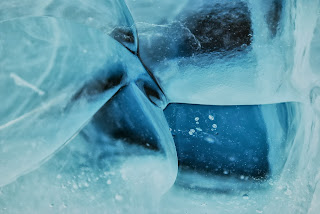 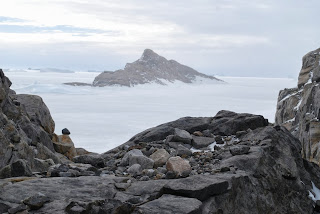 From here we headed off towards a large frozen lake and near where we parked we found some old whale bones and then walked up to the large lake just below Chapman’s Ridge. It was quite a nice walk but a pity there was no blue sky. 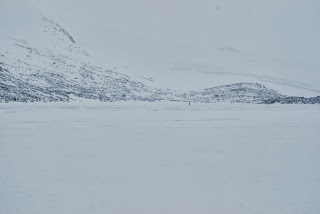 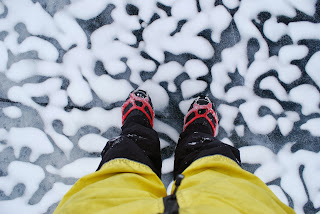 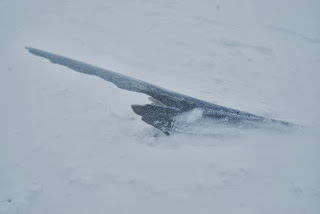 It was now getting late so we drove back to the hut in zero visibility in what was now a total white out. I could not see past the windscreen and had to totally rely on the GPS to navigate through the maze of Islands, ice bergs and tide cracks about seven kilometres back to the hut. By the time we reached the hut my eyes were sore and I was pretty trashed from concentrating so much but after my second beer I started to feel real good again.
Posted by Craig Hayhow at 06:56