The study of cosmic rays from outer space commenced at Mawson in 1955 with the completion of the first cosmic ray observatory and has been almost continuous since then, with the exception of a short break in 1978, when fire damaged the equipment. Originally two high zenith angle muon telescopes were used, each of which consisted of three trays of Geiger counters. The astrophysics experiments performed by these two muon telescopes were the first conducted on the continent and activated the birth of the Mawson cosmic ray program. These early telescopes demanded high maintenance and often experienced faults, one of which spoiled the measurements obtained of the great solar flare (23 February 1956). A 12IGY-counter neutron monitor was taken to Mawson in late 1956 and over the years has proved invaluable for recording numerous solar flares. This 12IGY-counter neutron monitor was upgraded to a 6 NM-64 neutron monitor in 1986.

In 1971 construction of a new cosmic ray observatory was commenced which included blasting an 11 meter deep vertical shaft into the solid rock and blasting out a seismic vault and an underground observatory area lined with timber from a demolished riometer aerial, in order to reduce the amount of low energy particles reaching the detector. One underground chamber houses four muon Geiger counter telescopes while the other chamber was used for seismic observations. A third muon Geiger counter telescope was installed above ground adding to the two original muon telescopes and a 6IGY and a 12IGY-counter neutron monitors.

These muon Geiger counter telescopes were used up until 1987 when they were replaced by larger area multi-zenith angle proportional counter systems. The monitoring and data acquisition of cosmic rays was automated at Mawson in 2009 and the observatory equipment is now managed by the Bureau of Meteorology, with additional assistance from station personal.

So what is a cosmic ray?

Put simply, cosmic rays are “pieces of atoms” (mainly protons and atomic nuclei), flying through space at close to the speed of light. Because these particles have mass, as well as high speed – they can carry enormous levels of energy. Trying to harness that energy has so far been impossible.

These high speed cosmic particles are charged, so they interact with the earth’s magnetic field. This changes their direction so that once they eventually reach the telescopes it’s often difficult to tell exactly where they originated. Current theory suggests that most cosmic rays are produced from supernovas (exploding stars) but there has been some conjecture on this. The amount of cosmic rays detected is reasonably constant all year round, though there are sometimes variations from year to year and over 2 million cosmic rays fly through our body's every day!! 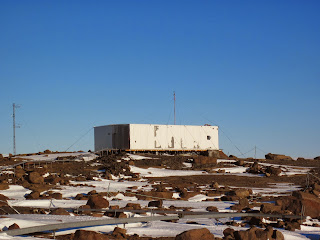 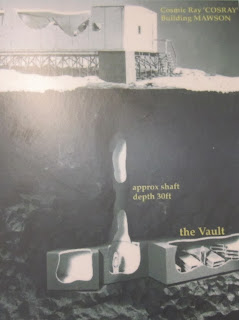 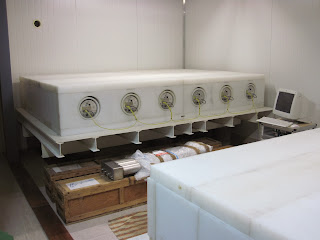 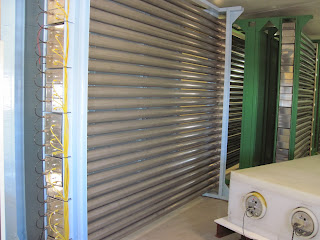 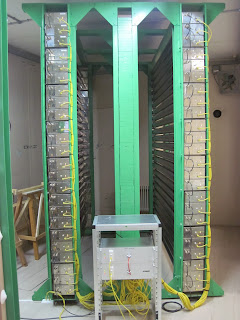 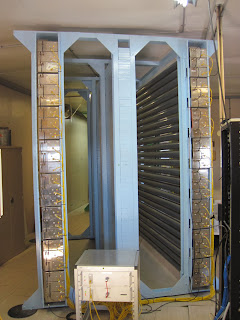 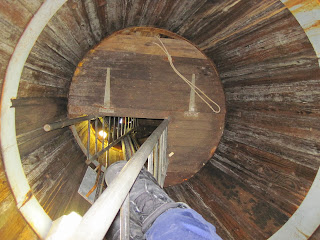 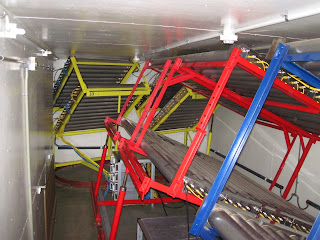 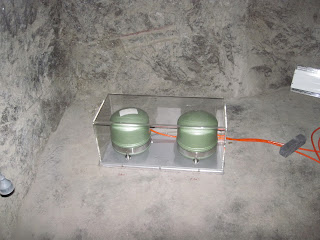