I struggled to get out of bed again today. I think I need a holiday. Again it was blowing sixty knots. After going through all my emails I went searching for and found a spare waverider transceiver and set about programming it up to replace the one on Bechervaise Island. Once complete, I got together a heap of bits and pieces together to take out with me to replace the faulty one out there.

After Richard had done ARPANSA and had smoko we headed off out to Bechervaise Island. The sea ice is starting to rot now and is getting a bit dodgy and you have to be careful where you step around the tide cracks. The wind was howling and I had a hell of a time trying to work in it. My hands kept going off without gloves and everything kept getting blown out of my hands or toolbox. I managed to test both solar panels, replace a couple of fuses, test all the diodes and replace the waverider transceiver including its brackets. I fired it up and everything appeared to be working except for the two phones that were still not working. The remote switching was OK, so I decided that was enough and I would log on to the system from back in my office.

By now I was chilled to the bone and my hands were numb. We drove back to the station and I could log into everything and switch the system on and off remotely, so everything was working perfectly. I notified the guys in Kingston about the phones as I think they may not be working due to changes they have made to the VoIP telephone system. Data was also able to be down loaded from the two penguin weigh bridges and counters. After this I went and did my weekly geo-mag observations and finished just before dinner with some good results. After dinner I updated my blog and then watched two episodes of Home land. 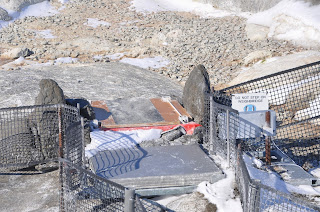 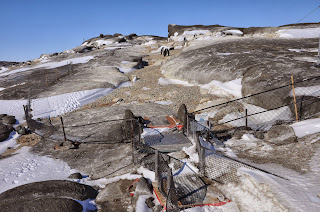 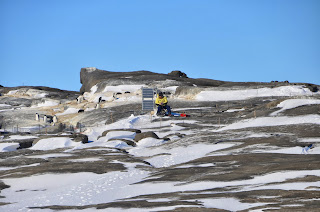