I got up early to do the ARPANSA filter change as Richard has gone up the plateau for a couple of days. I had some of my own fried rice for lunch, read the news, did my washing and did some more copying of the media server then wrote up my blog notes. Today the nice weather we have been enjoying for the past three weeks is over and a strong katabatic wind is blowing and this should increase to fifty knots later tonight so I had better lower my 6m antenna and tie it down.

Last night I wandered down to the radio shack at midnight and spoke to people from all over the world, but mainly from Europe. I also had a nice chat with Michael in the far north of Green Land which would have to be the furthermost point on earth from me. During the day conditions were quite poor on the radio so I spent most of my time just messing about on the computer and around six I went and read my book in the spa for an hour and a half. After a late dinner I had an early night. 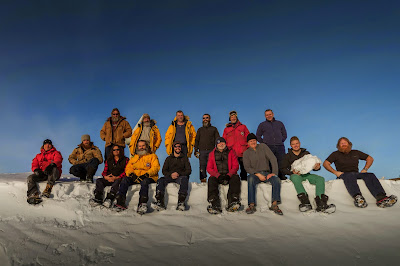