My trip to climb Fang peak today was cancelled as the Basler was due in today to fly all the project people back to Davis. I was a beautiful day with no wind and quite a bit of blue sky. The Basler did a fly by to check out the situation and the smell of avgas caught me by surprise. The aircraft was only on the ground for about an hour as it didn't need fuel, only long enough to load all the equipment and personal gear and then it was handshakes and photos and then off it went leaving a quiet peaceful station once again.

Once again I was the fire officer and most of the station turned out to see everyone off. After the flight I did my weekend duties and then went for a long walk taking some photos. I spent a couple of hours carefully re-tuning my 6m antenna as I had done a quick rough job nine months ago when it was a lot colder. Conditions on HF were quite bad so about seven o’clock I had a spa and then made myself some dinner.

Around eight o’clock one of our choppers went down on the Amery ice shelf with a few people I know stationed at Davis that were seriously injured. They were comforted by two people in a second chopper while they waited for a rescue party. 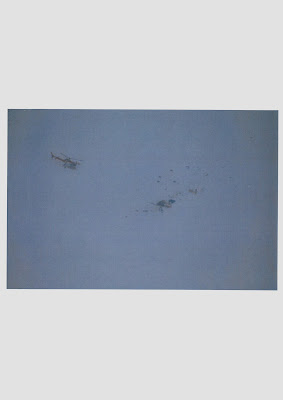 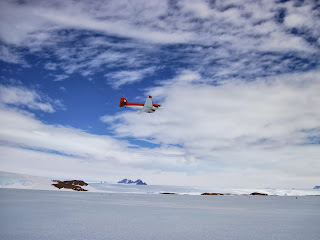 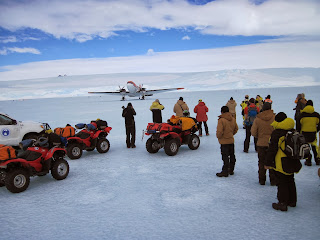 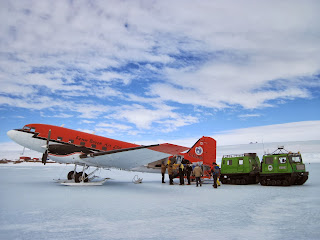 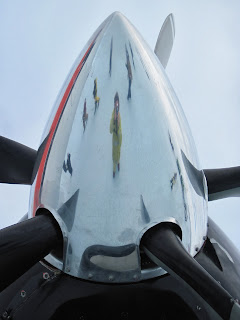 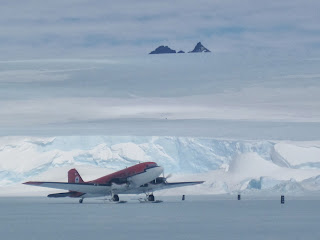