This morning was perfect, no wind and sunny. I organised a few volunteers to move the rest of my heavy RTA gear. First was a 160 kg UPS that I had to move from the operations building over to the green store to be weighed and then moved into a half sea container. Then we moved three heavy large crates containing the old large printers from the green store into the sea container. That was the easy bit done.

Next I had to remove two 160 kg UPS from the ANARESAT building that is snowed in to the roof. First we dug the door out and then I dug a sloping ramp up to the top of the snow. We man handled the two UPS out of the building on a trolley and placed them one at a time on a Polk. (Like a sled) I then backed up the Hag and towed it up the steep slope onto a level area where we could all lift it up into the back of the Hag. Then we repeated the manoeuvre for the other UPS. It was hard work made easier by many hands. I then drove them back to the sea container where we unloaded them.

Next task in the fine weather was to head out to Bechervaise Island to install the back door TIRIS Gate controller and take a look at the microwave link that has been faulty for a couple of weeks now. I took Luc to hold my hand as I’m not allowed to travel alone and while I worked he went wandering around taking photos of all the penguins and beautiful scenery. Once I got the TIRIS Gate controller working (This is used to count and weigh the penguins) I wandered up to the microwave transceiver. Firstly I discovered the bypass switch was left in the wrong position and then I found both solar panels were not working. On closer inspection I found three corroded breaks in the cables. I made some temporary repairs and got it all working.

As it is forecasted to bliz tomorrow, I went back to the station to get some materials and a new hand holder (Thanks Paul), and then headed straight back out again to complete the job. I replaced both the solar panel cables and glanded them into the junction box. I also removed a corroded connector on the battery connection and glanded the battery cables directly into the junction box. This should keep things operating reliably until the junction box gets replaced by the new crew next year. We spent a bit of time observing the penguins watching their amusing antics. Most of them have two eggs and they are so dirty nesting in the squaller. There were skuas everywhere and two pair had nested right amongst the penguins and they also had eggs. A bit like camping out in a super market. We headed off and I took the long way home enjoying the scenery as we went as it could be my last trip out on the sea ice before it’s closed for good. I still have to return to Bechervaise Island to fix the faulty telephone but that is going to have to wait for another day.

By the time I got back and unloaded everything and returned the Hag I was knackered so I went up to lie in the spa for a while and I discovered some clown had turned it up to 40c. I jumped in any way and it was so bloody hot you could have cooked crabs in there, needless to say I didn't last long. After dinner I watched another episode of a brilliant documentary I have been watching on the Pacific Ocean.

As I write this our A319 has lifted off from Casey carrying all three casualties from the helicopter accident back to Hobart hospital. 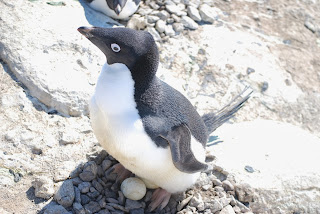 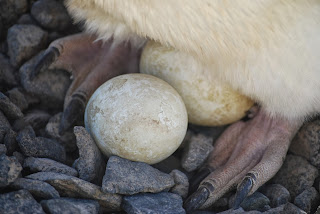 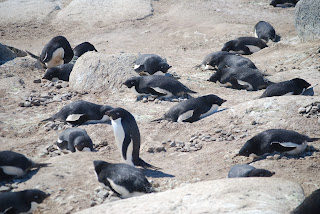 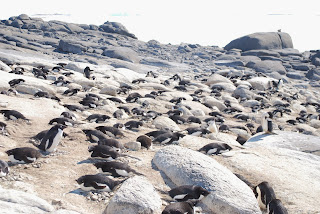 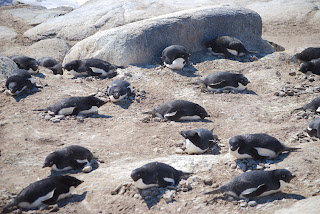 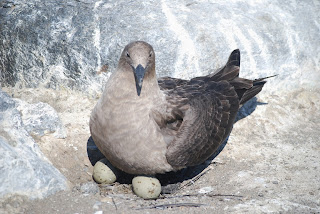 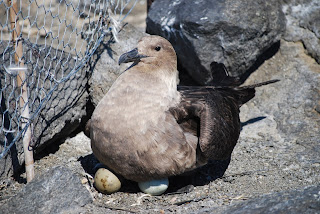 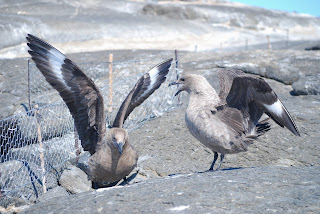 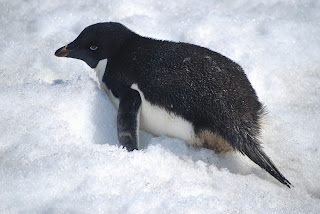