Cargo operations have been in full swing for the last 24 hours with multiple trips being conducted from ship to shore with the Jet barge loaded with cargo. Over length cargo was transported on the uniflotes utilising the Aurora Australis II workboat as a prime mover. Preparations for refuelling commenced late morning hauling out the 1.5 kms of fuel hose and anchoring it into position, with the plan to commence the pumping of fuel ashore in the late afternoon. The weather forecast is for good conditions for at least the next 2 days and we need to take full advantage of that.


Today was tinged with great sadness.  Yesterday we received news of the loss of a Canadian crewed Twin Otter Aircraft which provided aviation services to the AAD particularly Casey and Davis stations. The plane was lost in Antarctica on its way home back to Canada after completing summer operations.  Over summer this crew had spent a great deal of time on the Stations and were fondly regarded as part of the team. A video hook-up was conducted across the Australian Stations and with The Director of the Australian Antarctic Division at Kingston in Hobart. Those expeditioners on board the Aurora Australis who knew the crew well from previous seasons went ashore to attend the video hook-up.  It was a time to reflect that those lost were part of the Australian Antarctic family and were fondly remembered as such.
Air temp -0.25 degree
Wind W @ 5 knots
Lon 77.93E & Lat 68.57S 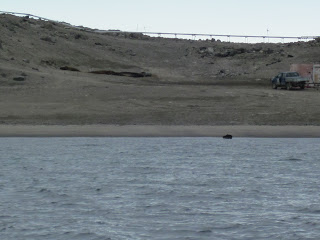 Elephant seals laying on the beach at Davis station﻿ 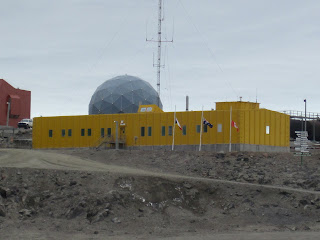 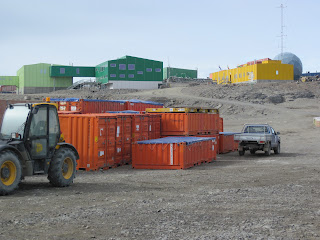 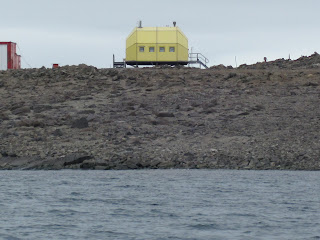 Not sure what this is ?﻿ 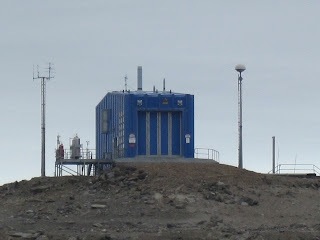