Putu arrived in Hobart while I was attending pre-departure training.

I was doing more pre-departure training while Putu went for a 30km walk. In the evening I gave Putu a tour aboard the Aurora Australis while I was working aboard the ship. 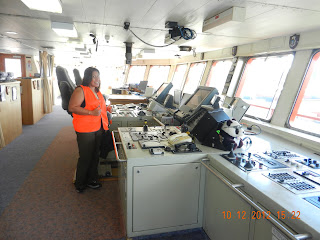 Putu on the bridge of the Aurora Australis
﻿

In the morning I took Putu for a tour of the Australian Antarctic Division headquarters where she had fun dressing up as an expeditioner and looking at all the exhibits. 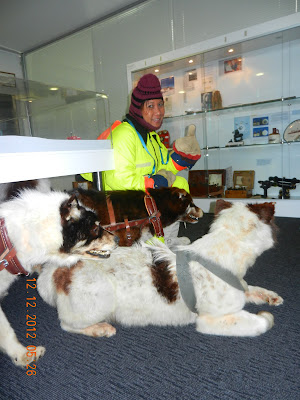 On the way back from Kingston I had to have another blood test. At 11:30 we met with Margret & Clair Streten (Wife & daughter of Neil Streten) and George Cresswell for a cupper & cake at Dome coffee shop. Neil & George were Bill Kellas’s (My step father) best mates during his stay at Mawson station in 1960. 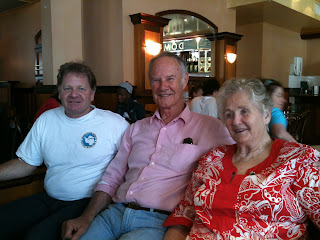 After this, we met up with John & Chris Storey. I worked with John in Karratha and it was great to catch up with them again. We had a nice lunch together and a few drinks. 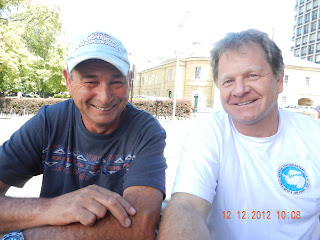 John & Craig
﻿
Later I went shopping and bought some more camera equipment then off home for a nanny nap. At 17:00 we went down to Rektango’s for a few beers and latter we had dinner with Trent and his lovely girlfriend Caroline. 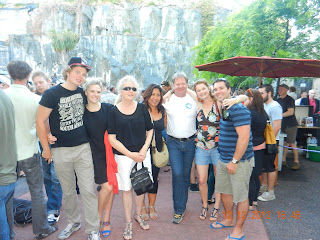 
All the crew at Rektango’s
Saturday 12th January 2013

In the morning I went to Macquarie wharf to weigh and drop off my entire personal luggage. I was aloud a maximum of 30kg with no more than 15kg per item. This was loaded on board the ship along with my survival kit and PPE bag.

Once again I had to work on the ship but had the afternoon free to spend with Putu at Salamanca market where I bought two extra hats. (Can’t have enough hats) We had a real crappy dinner and chatted late into the night. We went to sleep about 02:00. 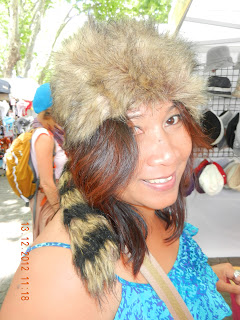 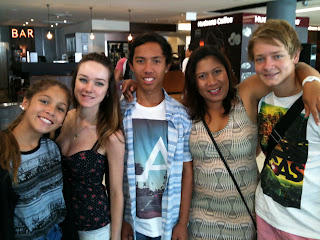 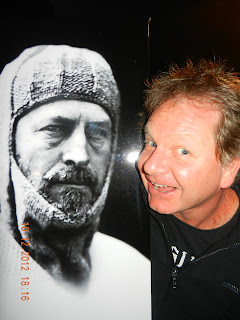 Even Dougie Mawson came to see me off !!
Nice bloke, but very quiet.
Posted by Craig Hayhow at 20:14