I woke to the sound of ice scraping against the side of the hull. Every now and then there would be a dull thud and you could feel the shock waves echoing up and down the hull and feel the hull bending and flexing. I looked at my clock and it was just past five o’clock so I laid back and tried to go back to sleep. It was useless, as I was too excited, so I got up to look out my porthole. There were three huge search lights moving around out front as we pushed our way through the chunky pack ice while overhead the sky was full of auroral curtains. I didn’t want to miss out on this so I jumped into the shower and then headed up to the bridge to take it all in. Once the sun came up we managed to pick our way through leads all morning seeing lots of Adélie penguins and minki whales as we went along.

Every now and then we would hit a thick patch of pack ice doing ten knots that would stop us dead in our tracks requiring us to back up and hit it again at full steam. Our luck couldn’t last for ever and around one o’clock we had to stop and send out a helicopter to do a reconnaissance of the area. The helicopter reconnaissance paid off and after a couple of hours we were off again heading in another direction to follow a new lead. This new track took us past a huge ice berg that must have been many kilometres long but by four o’clock in the afternoon we were totally stuck and the ship was continuously backing back and ramming the ice with very little headway.

At five o’clock we had a BBQ outside on the trawl deck in minus twenty five degrees to celebrate the successful resupply. We were given a couple of light beers each but these froze solid in your hand in about two minutes so you pretty much had to scull them if you wanted a drink.
The best thing was being down only about two meters above sea level and watching the raw power of the ship trying to smash its way through the pack ice. Some of the chunks of ice were massive and it was quite noisy. The ship went back and forth constantly for hours not making any progress at all and later I went up onto the bridge to chat with the master before going to bed. 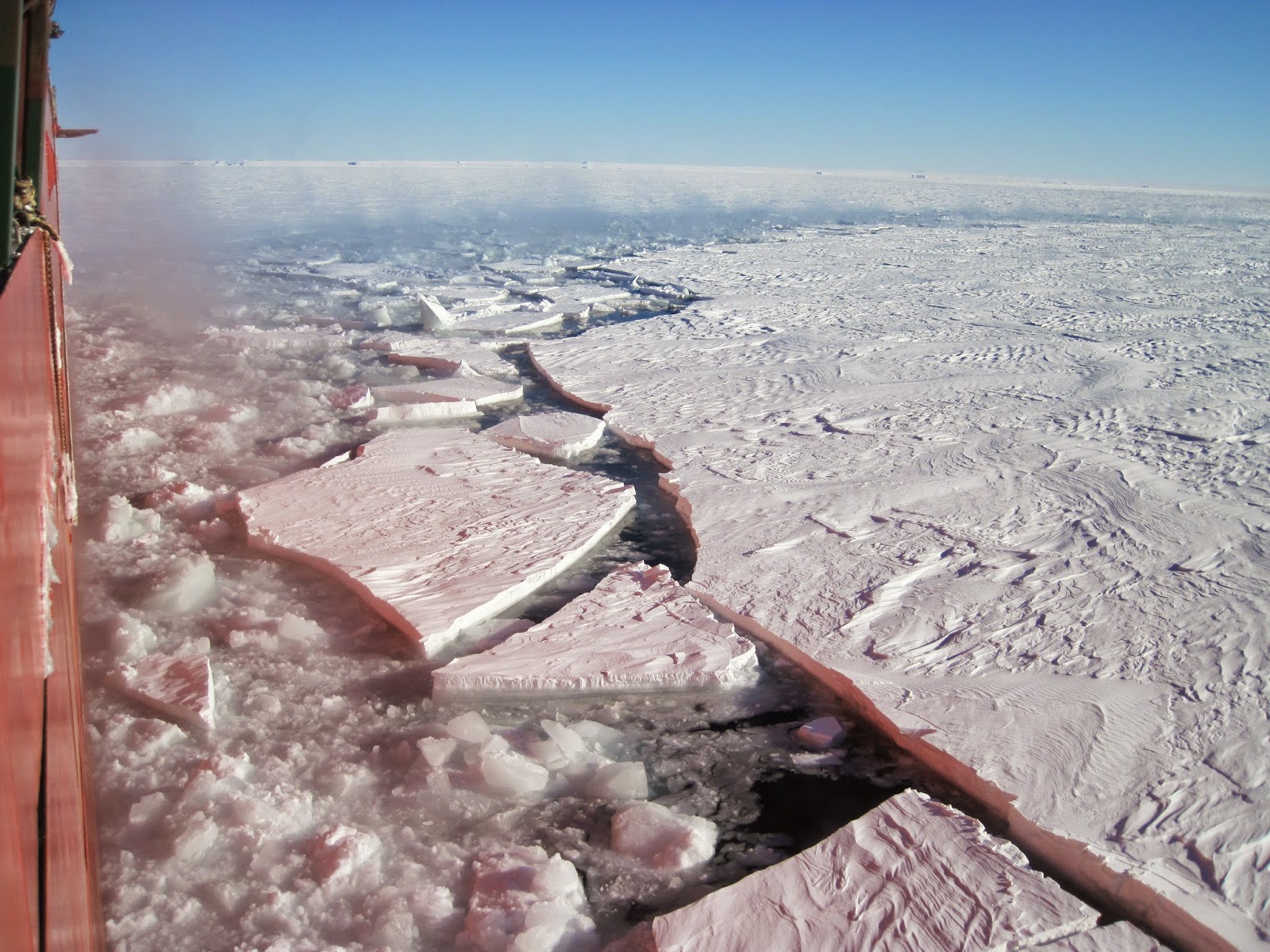 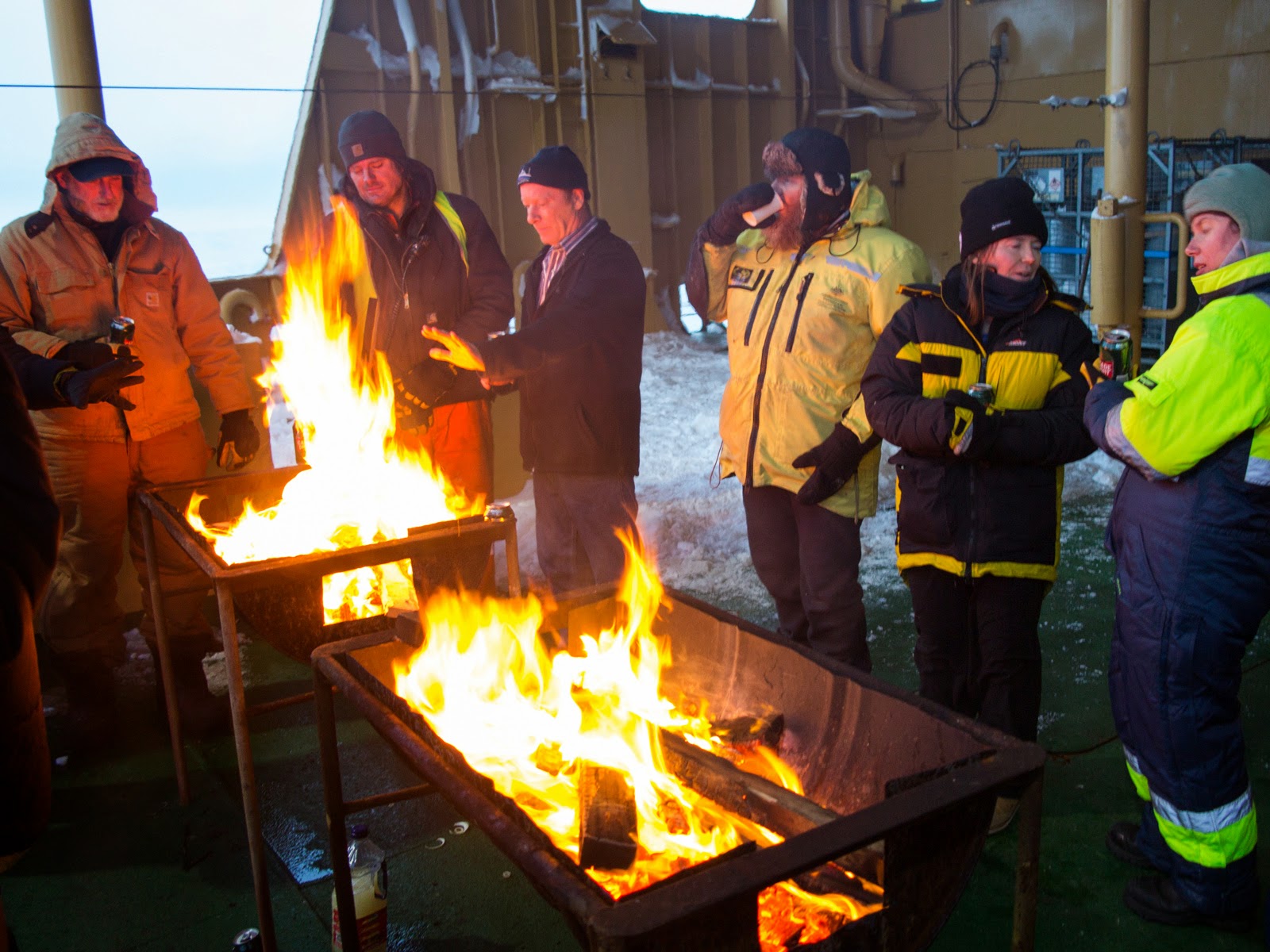 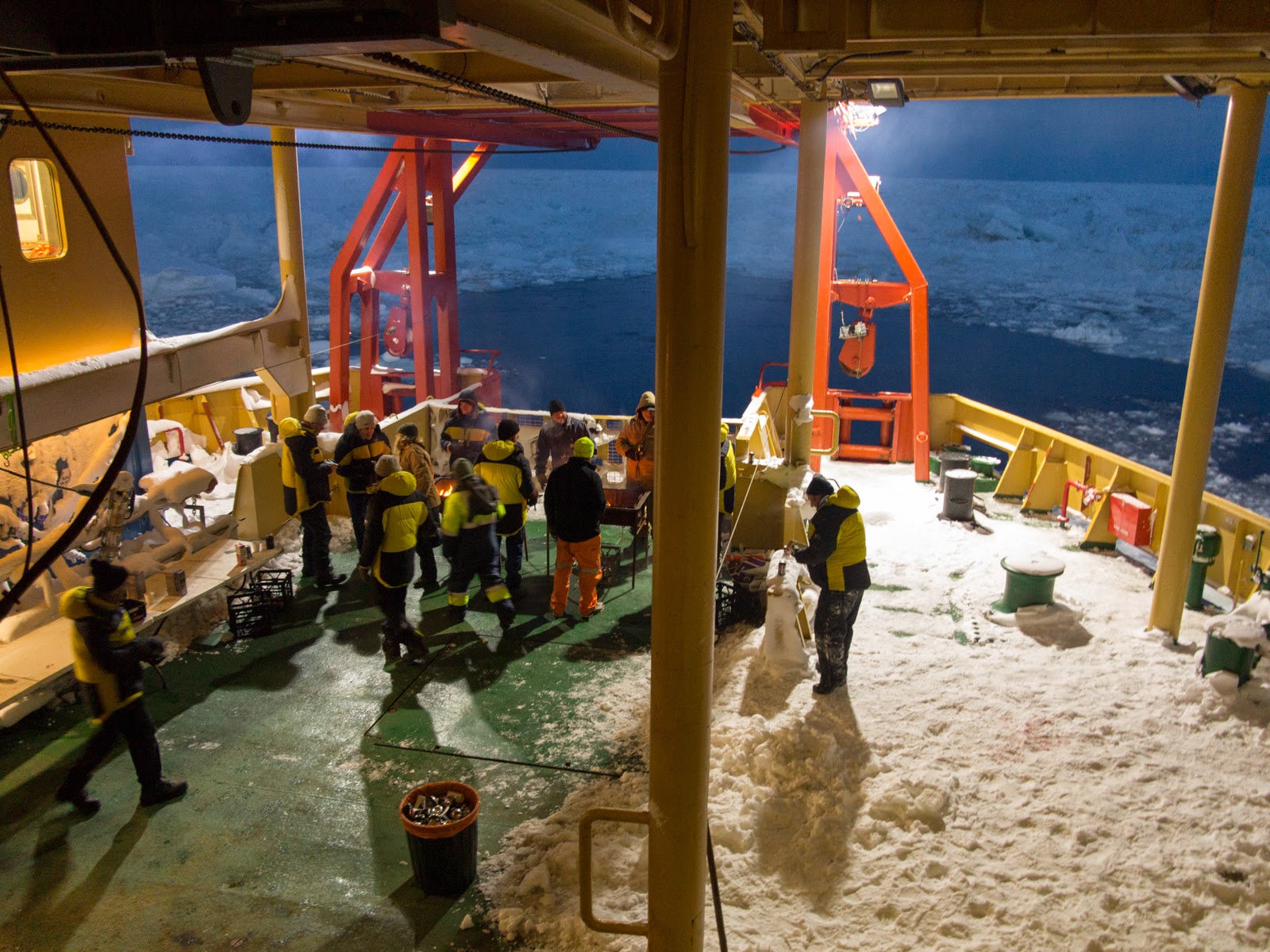 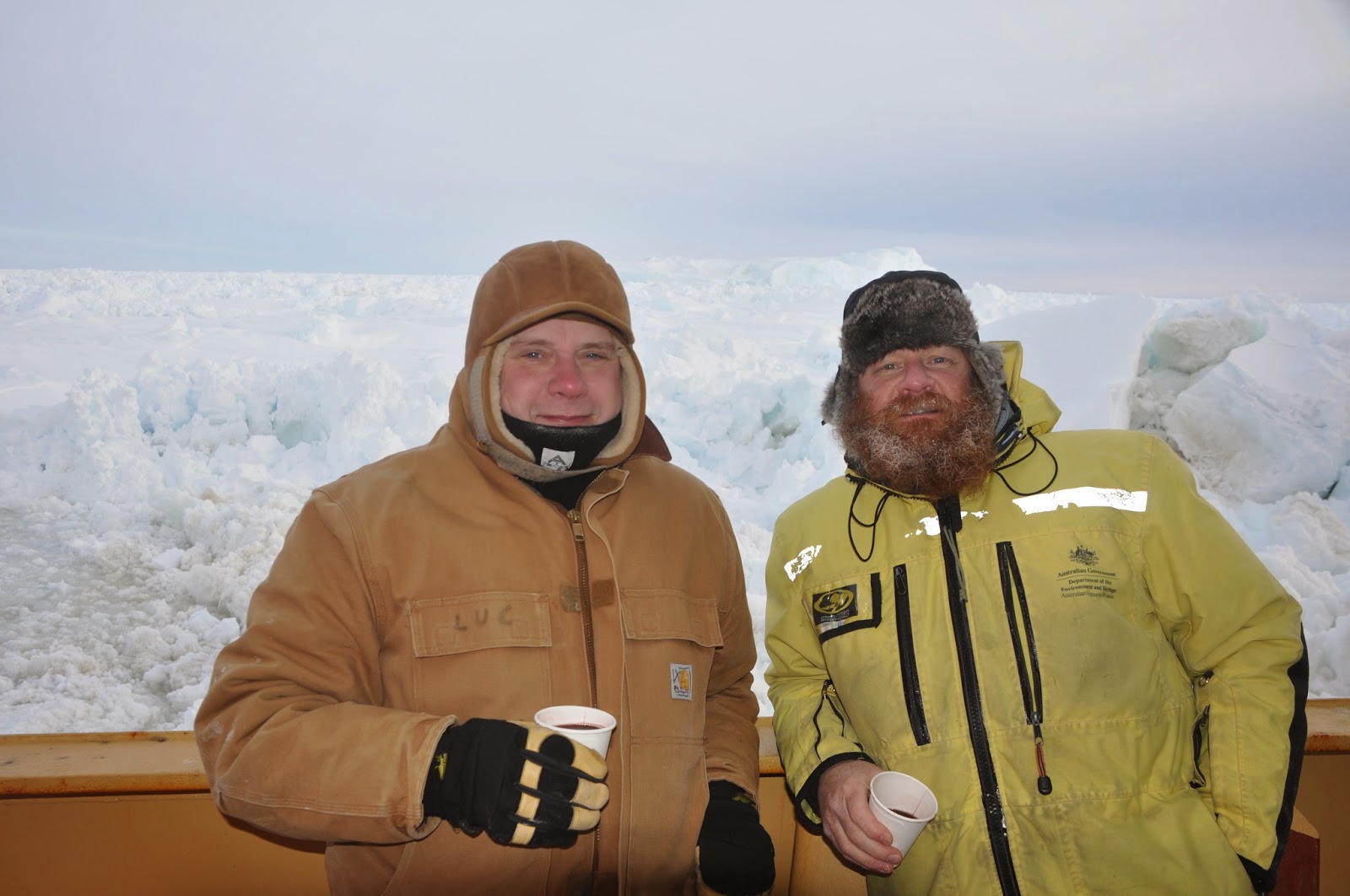