Yesterday we continued to make slow progress through the heavy pack ice and as the day went on the weather deteriorated to a point where we had very little visibility as the snow and winds increased, so we turned the ship into the wind and just held the ship in that position. The pack itself is drifting in the direction we want to go, so by just holding position we were able to drift with it. So for very little effort we were able to make progress in the right direction at around 0.7 of a knot per hour.

This morning’s conditions have eased weather wise, and as the day goes on the clear skies and sunshine are returning. As soon as it was light enough we re-commenced the process of backing up and ramming through the pack ice, and again we are making slow but steady progress. We are hoping that Mother Nature will play the game and “open up” a few leads as the day goes on, but ice breaking is never easy. We are hoping to get through to the open water sometime in the next few days.

I had a bad night trying to get to sleep with a lot of things on my mind and I woke up very early also, so I am rather tired today. I just had a chat with Fred in Melbourne on 10m who was quite strong, but I think the bands a little fickle today.

In the late afternoon we sent a helicopter out to scout around for some leads and once again he put us on the right track and within an hour or so we were making progress, slowly at first and then the pack ice turned into fast ice that we could slowly slice through. Eventually the fast ice thinned and turned to plates, then frazzle and finally we were cruising ten knots through open grease ice.

After sailing for an hour or so through a long lead surrounded by lots of large bergs we entered back into the large plates and fast ice. I went up to the bow for a few hours to watch the ship smash these huge lumps of ice to smithereens. The raw power is amazing to watch and the sound is just as impressive. I was there on my own and every now and then there would be a small open pool and there would be three or four minkie whales coming up to breath. After dinner I stayed out on the bow until sunset and finally had to go inside when the skin around my eyes started to burn.

I had a nice hot shower and later we were traveling at ten knots through loose pack ice and the ship was now rocking with the deep ocean swell so maybe tomorrow all the ice will be gone. 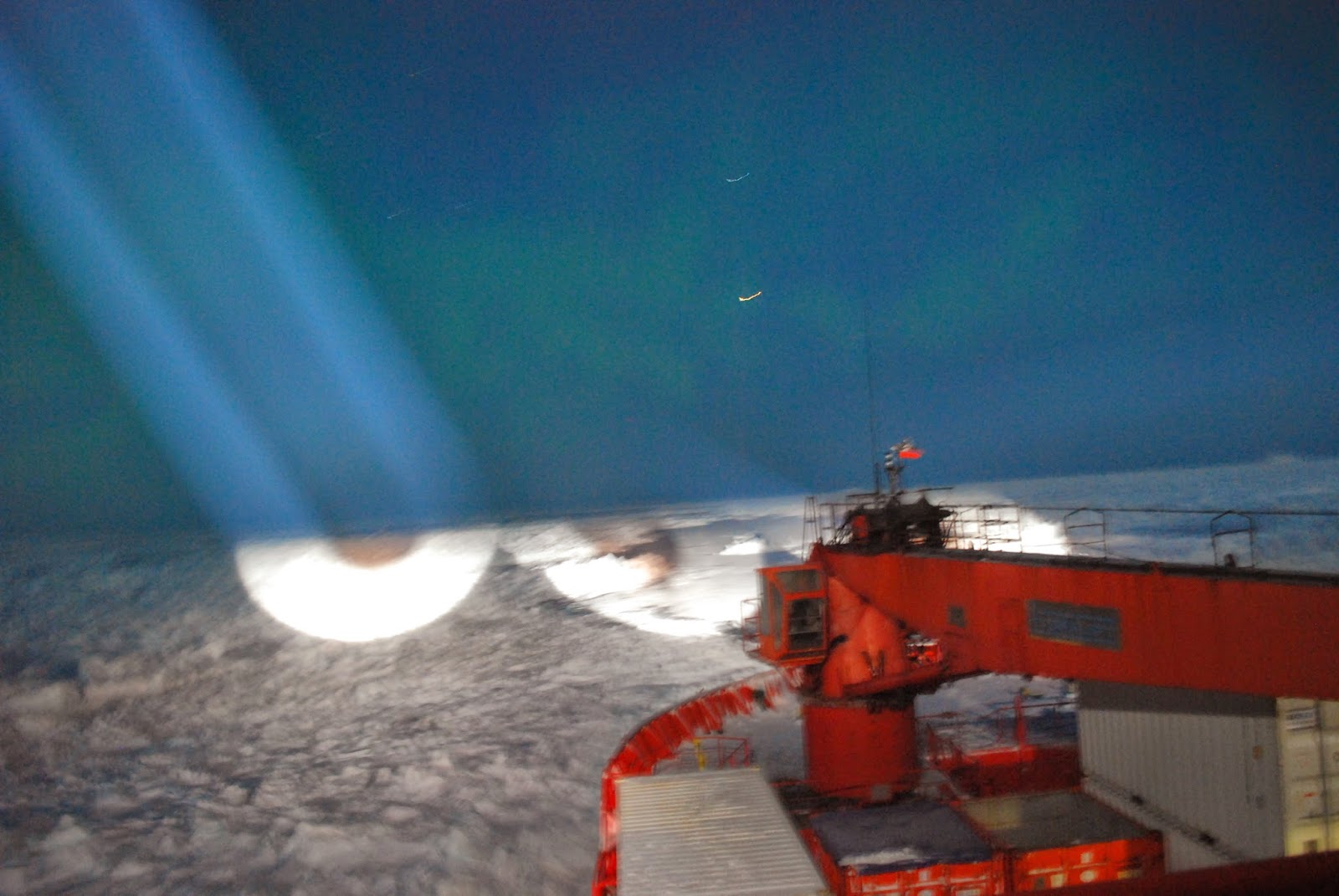 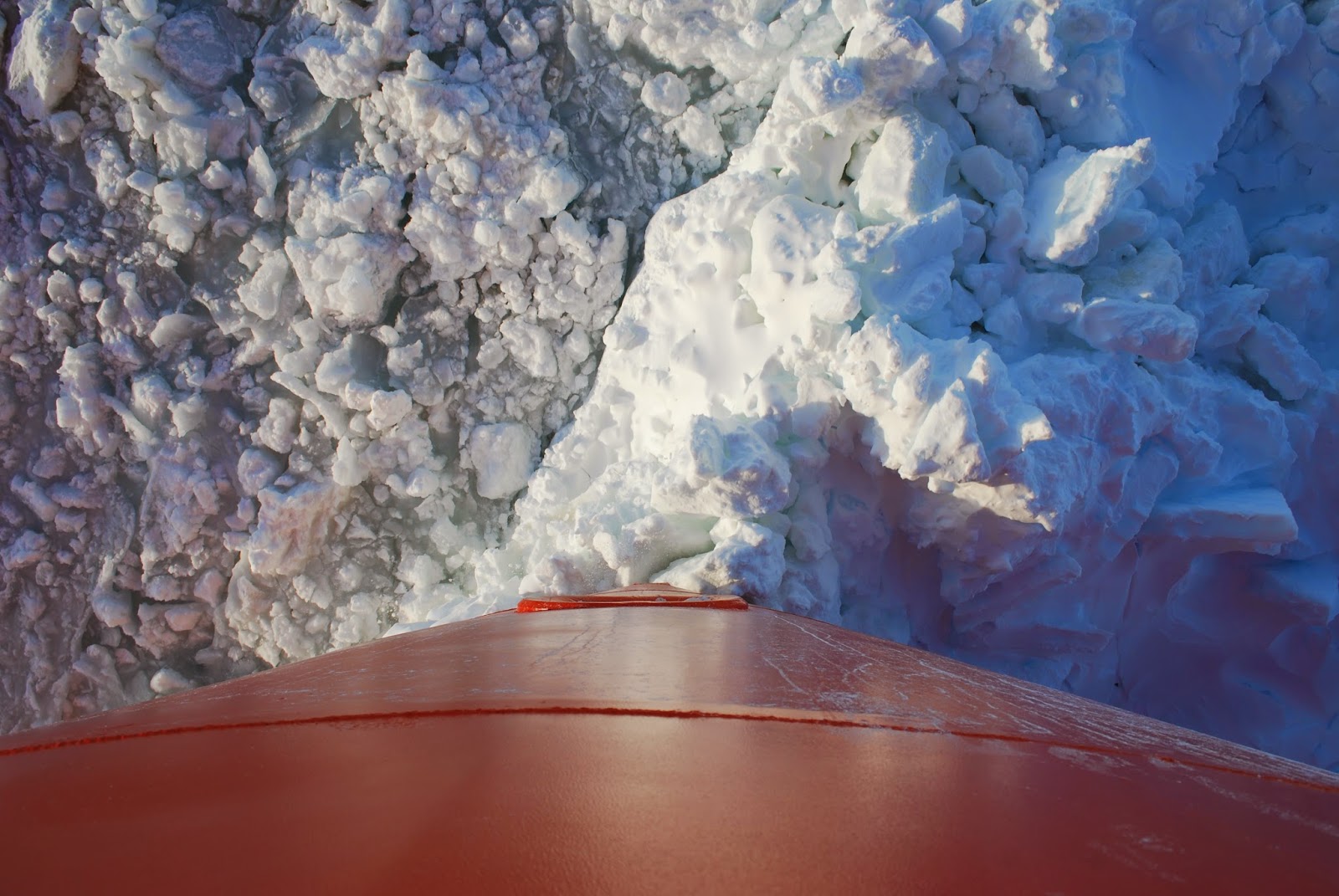 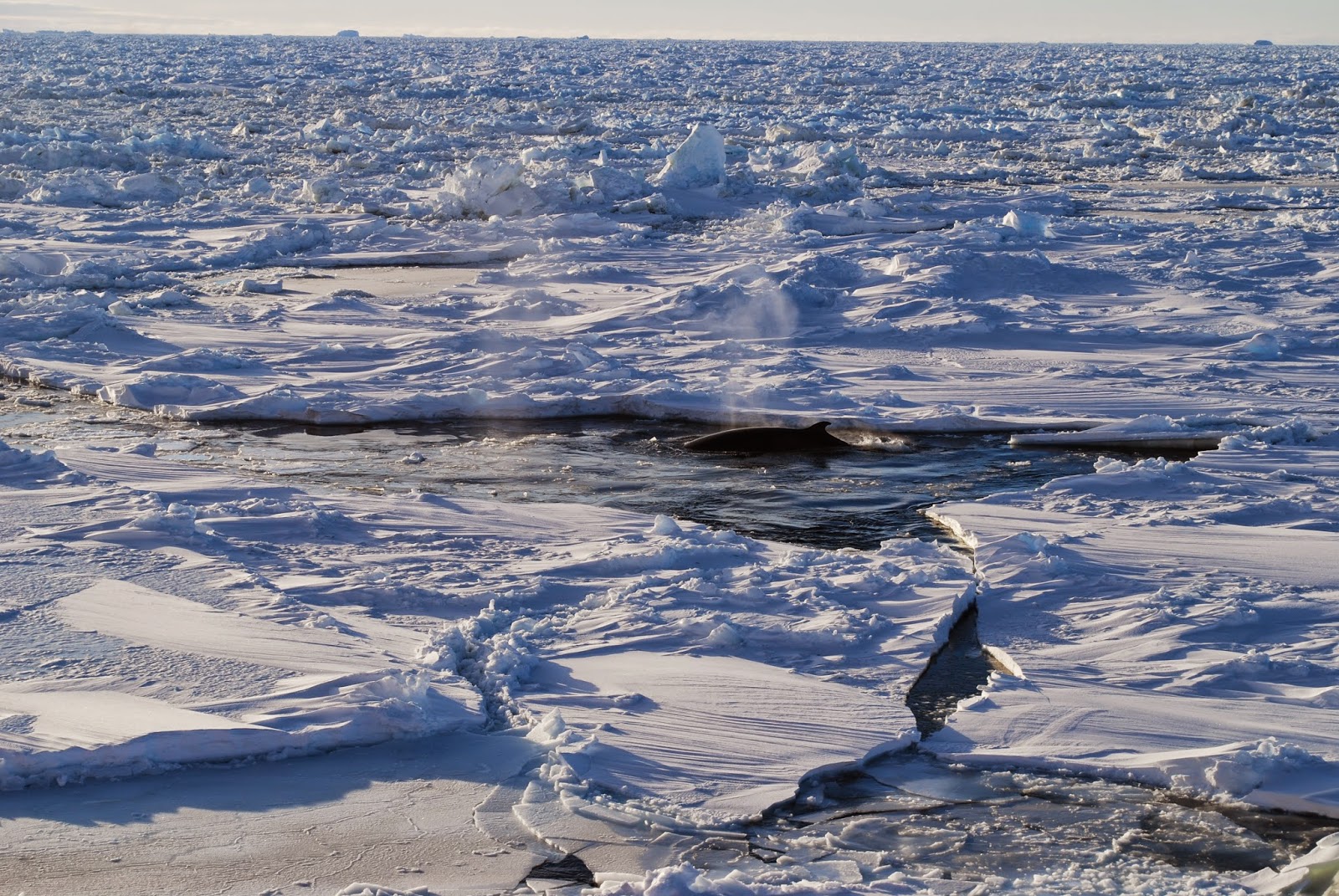 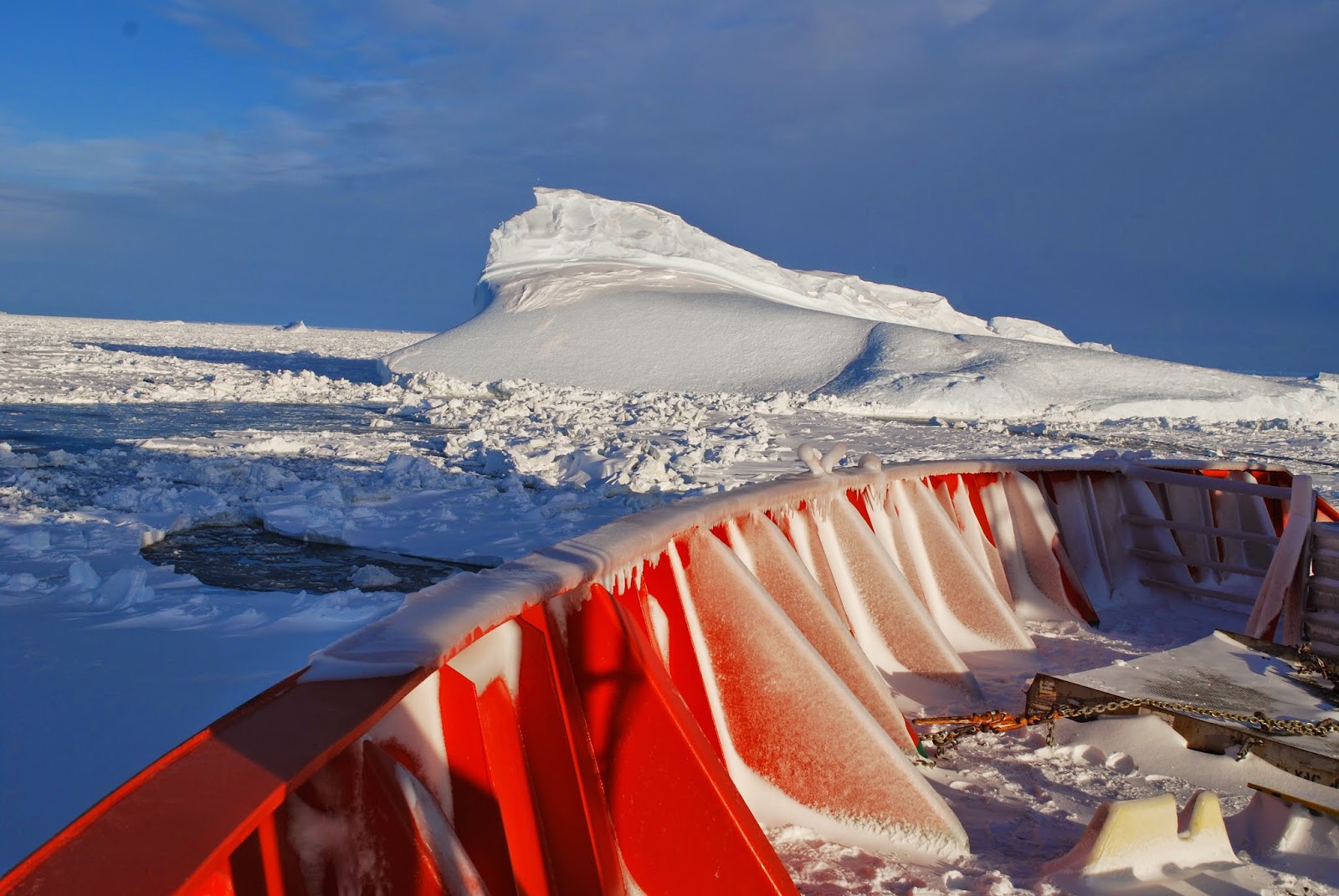 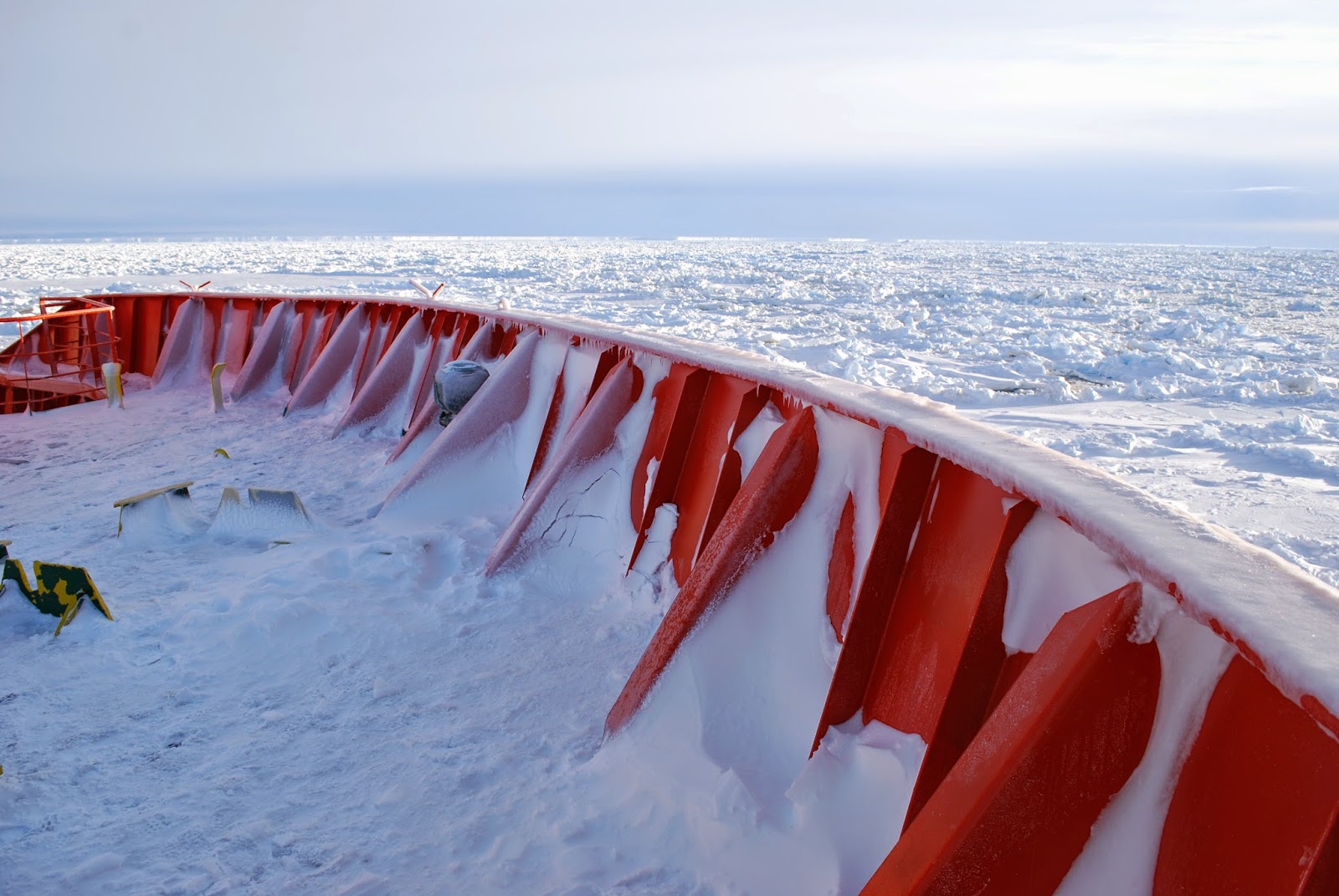 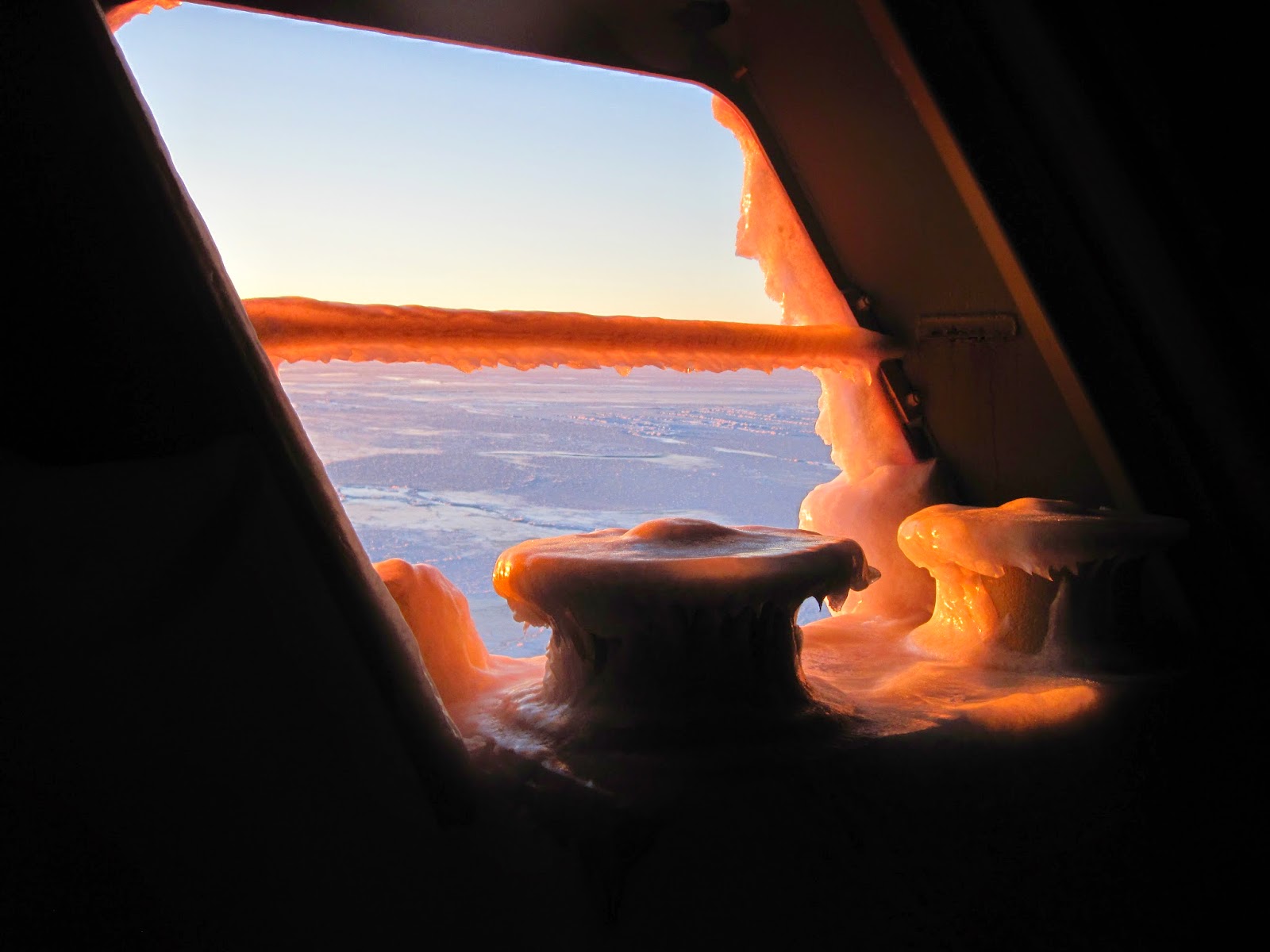