We continue our transit through the Southern Ocean at a good rate, even with weather conditions picking up a little yesterday afternoon and evening which bought on a little more rolling of the ship. As predicted, the swell and wind is slightly behind us now which, whilst still causing a lot of roll and bumps, is helping us maintain a good speed. We are now into the “furious fifties” latitude, which normally mean some bumpy sea conditions and rumor has it we may be facing some big seas by mid-week.

Today the air temperature climbed to the positive side of the thermometer and I spent some time out on deck in the very mild conditions where I saw lots of ice bergs. It’s been a long time since I have felt such warm weather. There were many snow showers throughout the day with big feather like flakes. It always seems strange when it snows over the ocean.

I spent quite a bit of time cleaning up my hard drives on my computer. I just couldn’t bring myself to look at photos today. This motion of the ship really makes you tired and lethargic. I did a lot of reading today on antenna fundamentals and transmission lines and it amazes me that I still have such an interest after working thirty four years in the industry. After dinner I watched a good film on the capture of Bin Laden. 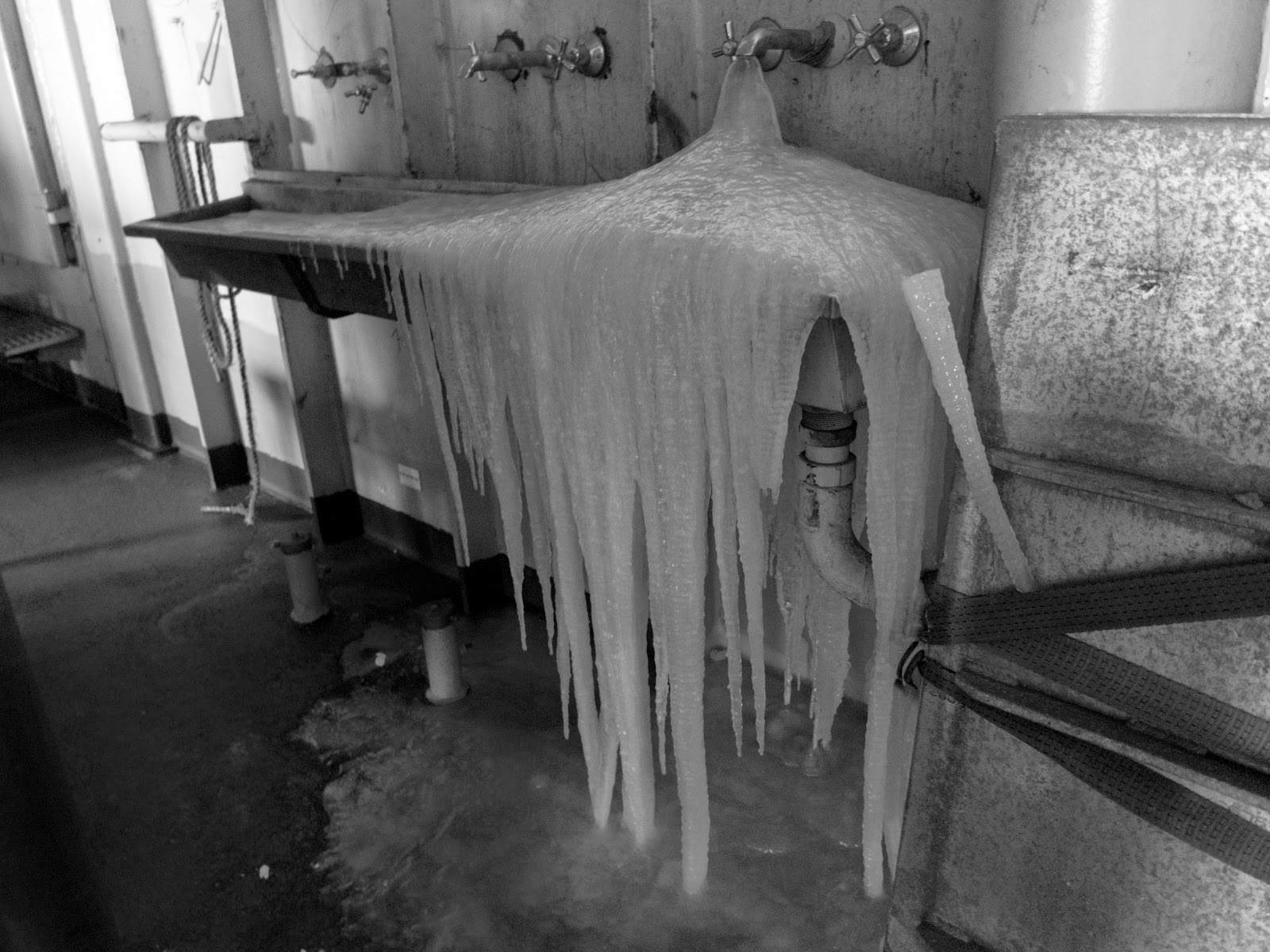