Today I was up bright and early as I was the coxswain for the IRB and Luc was my crew. There was quite a bit of comedy capers as everybody wants to be really important and we are top heavy with chiefs and wanabees. Despite this, we managed to assemble the Uni-floats and launch the Aurora Australis II and move quite a lot of cargo to shore. Uniflotes are modular pontoons which are linked together to form a large floating platform which enables large and heavy pieces of cargo( beyond the capacity of the jet barge) to be conveyed between ship and shore. I was on the water for six hours and most of that time was spent sitting around waiting for orders. I made quite a few runs into the beach and transferred a few people here and there and towards the end of my shift my toes were getting a bit cold. There are quite a few Adelie penguins swimming around and some on the shore as well as a big mob of Elephant seals.


By the time I finished my shift it was dinner time and after dinner I went and checked the news and my Email on the Internet and I sat up till 11:30 pm updating my blog.
We got some sad news today; a twin otter aircraft that went missing on Wednesday night has been located with no survivors. The three men on board have been based at Davis for the past three years and are well known to many people on station as well as onboard the Aurora Australis.
26 January 2013, 7.45pm

The wreckage of the Twin Otter aircraft missing in Antarctica since Wednesday night has been found.
The aircraft wreckage is on a very steep slope, close to the summit of Mt Elizabeth. It appears to have made a direct impact that was not survivable.  No details are available on the cause of the crash.
The next of kin have been informed.
The site of the crash is at a height of 3,900m (13,000 feet) at the northern end of the Queen Alexandra Range, within New Zealand’s Search and Rescue Region – halfway between the South Pole and McMurdo Station (approximately 680km or 370 nautical miles in each direction).
Two helicopters, including a Southern Lakes helicopter on contract to Scott Base, reached the site at around 7.15pm (NZ time), having travelled from McMurdo Base this afternoon to a forward base at Beardmore Glacier, about 50km from the crash site. A landing was not possible. They were able to survey the site briefly before returning to the Beardmore Glacier site.
The Rescue Coordination Centre New Zealand (RCCNZ) has coordinated the search for the aircraft, working with United States and Canadian authorities.
RCCNZ Search and Rescue Mission Coordinator Tracy Brickles said it was very sad end to the operation.
“It has been difficult operation in challenging conditions but we remained hopeful of a positive result.  Our thoughts are now with the families of the crewmen.” 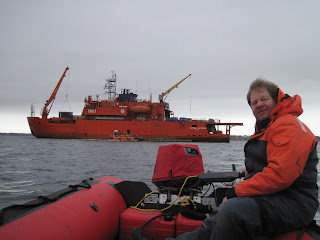 Me transferring passengers in the IRB﻿ 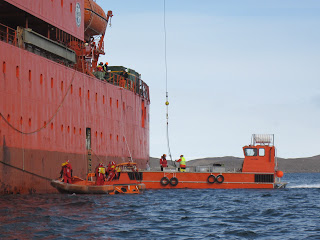 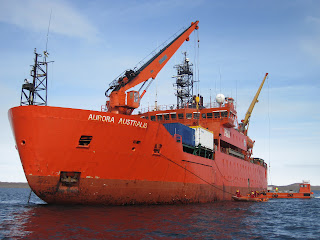 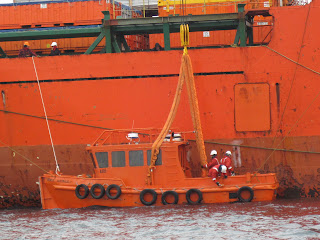 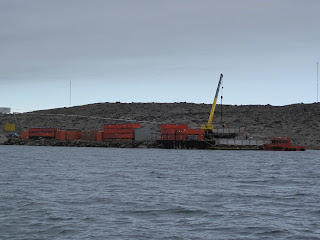 Unloading cargo at Davis jetty
Posted by Craig Hayhow at 20:39