Today started off as one of those days you wished you stayed in bed. It started when my alarm clock died. Then I got one of those nasty condescending Emails copied to everyone, don’t worry Russell, your time will come, revenge is sweet.  What do you expect from a man who has a pink iPhone cover?

Next I wanted to re program all our GPS’s and it seems there is only one PC on station that has software to do this and of course there was no install disk or license key. Next job was the comms laptop not working. It had a fire wire port and may be useful to replace my laptop. I played with that for a while and eventually got annoyed with it and moved onto something else. Things are so badly disorganised here and nothing appears to be documented. This is largely due to the short term no care revolving contract staff and head office apathy. Things will be vastly different by the time I leave as I hate working in this type of environment. At least it will make me feel better. There is so much stuff I want to sort out and send the non required surplus stuff back to Aus.
Cookie had been bugging me all day to go boating this afternoon and by late afternoon conditions were looking real good so a decision was made and by 17:30 we had both boats on the water and conditions were perfect as we headed off. We went out to the huge berg that has been grounded for years near Kellas Islands, then over to the West of the station around the ice cliffs and then over to the East of the station around the ice cliffs. The sea was starting to freeze (-1.8c) and there was grease ice and pancake ice everywhere I hoped wasnt grinding off the bottom of my boat. We all had a great time, got some great photos and were riding a high by the time we got back to station, Oh and some great science was obtained. Dinner was burgers and later we watched some crazy show about tattoos on the projector in the bar as Keldyn and I downed vodkas and got comfortably numb. 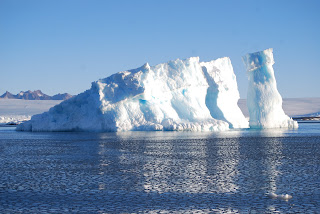 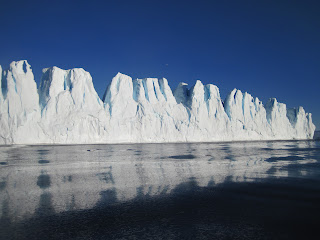 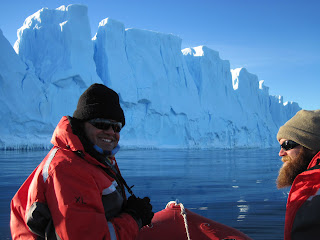 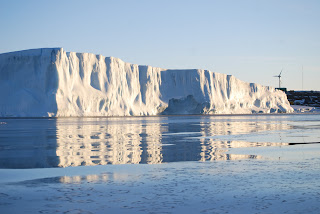 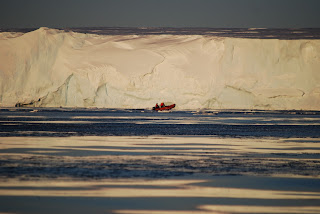 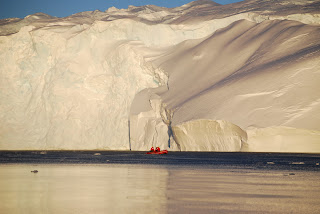 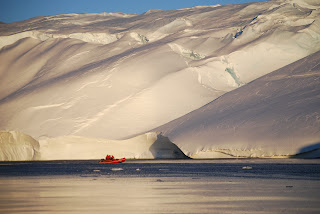 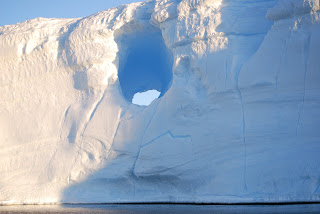 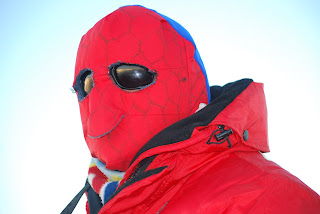 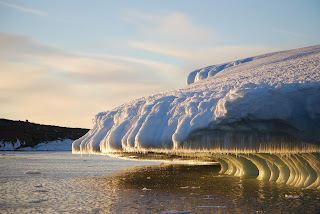 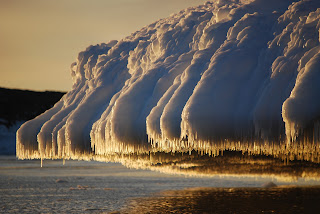 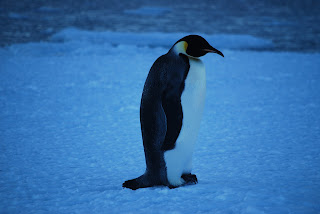 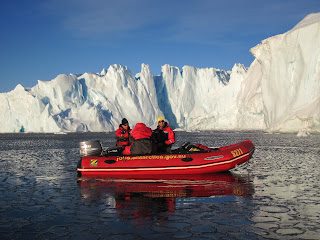 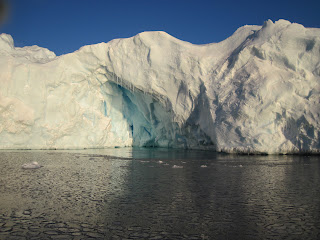 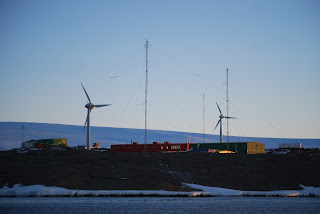 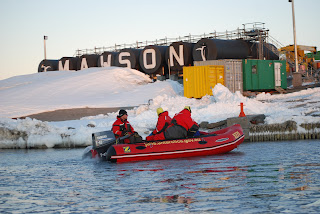 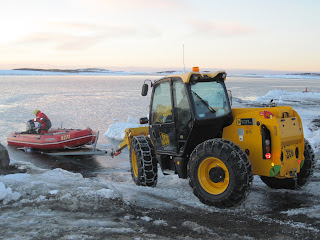