Well, the day started out like any other day, had breakfast, a coffee, burped, farted and scratched my nuts nose and went to work. I was at the field store preparing equipment to go out on field training when the SAR alarm went off. Listening to the activity on the radio we had a fuel leak at the top fuel farm and it requires all hands on deck. We were very lucky we found it when we did and we all spent the whole day out in the cold isolating the leak, creating precautionary preventative barriers and retrieving the contained spill. By the end of the day we were all exhausted but we had done a commendable job. As the cause of the spill is under investigation and because of the nature of the incident I will not comment further other than attaching the official public release of the event and any inquirers should be made to AAD in Kingston.


Regrettably Mawson station has reported a leak at its fuel farm.  A fuel storage tank of total capacity of 90,000 litres suffered a loss of 11,550 litres of Special Antarctic blend (SAB) diesel fuel. However the majority of the fuel was contained in the fuel bund and it is estimated that between 1000 and 2000 litres actually spilled  into the environment.
Cause of Incident
The primary cause has been identified as the failure of the tank drain valve. The root cause of the failure of the valve has yet to be identified.
Immediate response
The majority of the spill has been contained within the tanks bunded area. Due to a recent accumulation of snow and ice in the bund the total spill was not fully contained within the bund and an unknown amount has flowed over the bund wall. To mitigate the potential environmental impact, trenches have been dug and absorption mats and pillows have been placed. The spill has been contained by these actions.
Further actions
The spilt fuel is being retrieved and after cleaning can be reused. The tank is in process of being emptied into adjacent tanks. Once complete the drain valve will be removed for examination in order to define the root cause of the failure.
All other Stations Leaders have been alerted to the failure and instructed to check similar installations.
A full investigation will be conducted when all information is at hand.
Talking points if required:
·         Mawson station has reported a fuel leak at its fuel farm.


·         Most of the 11,550 litres  of Special Antarctic Blend diesel fuel which spilled was contained within the tanks’ bunded area.


·         Mitigation action involving trenches and absorption mats and pillows have now contained the spill to the immediate fuel farm area. It is expected the area can be fully remediated.


·         The leak was caused by the failure of a tank drain valve.  What caused the value failure is still to be identified but the tank has now been fully drained and we are checking all similar installations at our fuel farms.


·         Stations are well prepared and rehearsed in clean-up procedures to ensure any accidental spill is dealt with quickly and appropriately.
Any fuel spill is regrettable in the Antarctic environment and we will be looking to ensure that any possible lessons are learned to help prevent spills in future. 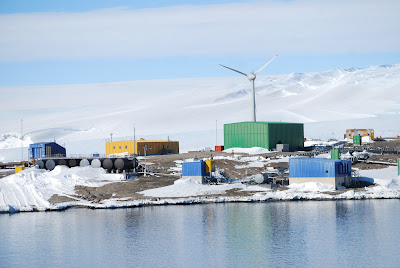