Usual routine, breakfast, walk down to the operations building, sort out all the new emails then off to do the APANSA filter change. I did one job I have been putting of all week, a long walk up the slippery ice to the receivers hut to re program the two HF radios there and then walk all the way to the opposite end of the station to the transmitter building to re program the other two HF radios there. On the way back to the operations building I came across Luc, one of the two BOM MET observers just about to let off the first of the two weather balloons they release each day. On a clear still day not long ago, Luc took a photo of the balloon at 30,000 feet, the height of Mt Everest, but usually they go about fifty kilometres inland before exploding. In a blizzard, at about one thousand feet there is virtually no wind. What does this all mean?? DON’T get your foot caught in the sonde string J 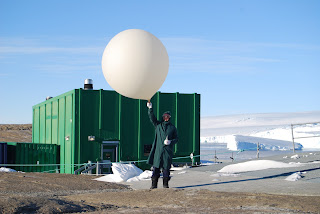 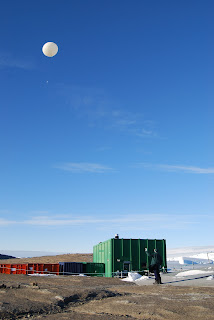 Back in the workshop I made up a new wiring loom for the Mt Henderson hut. This, along with a large battery will connect to the existing solar panel and regulator to hopefully provide DC power for lighting and the radio instead of burning candles. It’s hard to believe that in this day and age of don’t move in case someone gets hurt they allow candles to be used in all the field huts, but only because we have to. I think if certain people had their way all the huts would be taken away and disposed of. While here I will try and modernise each hut, materials permitting. Next nice day Keldyn and I will make a trip out to Mt Henderson hut to upgrade the power while Keldyn installs a range hood and hopefully installs a new heater or fixes the one there.

After lunch we had a fire fighting exercise where we all got to dress up, drive the fire Häg around and blast the shit out of everything with the fire hoses. Well it was good fun at the time, but now we have a lot more ice around to contend with. The whole exercise was to get used to the equipment, fire hydrants and to feel how cold it is dressed in fire fighting turnout gear. By now it was getting late in the day and I went over to work on the orange Häg. The mongrels who took the gear out of the previous Häg just cut all the wires off leaving me to have to make whole new looms and the trouble is there is no documentation for this equipment and the manufacture has been taken over so there is no information available on the Internet, so I have to trace it out on my own. Well, out of time now so it’s going to have to be a Monday job.
﻿ 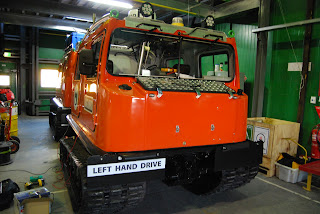 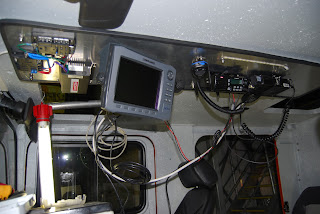 Tonight we had a pizza and cocktails night which was good fun. We all brought down some grog just for these occasions and I would like to point out that out of about twenty different cocktails (some of them were horrible and would kill a thirsty camel instantly) my one, an Illusion was voted best. Look it up and get one into ya. What can I say, I slept pretty well Friday night J