Today started off pretty ordinary, I read and replied to a heap of emails, did my APANSA air sampling and by then it was smoko. After smoko I dumped some rubbish and headed off down to the transmitter building. Shortly after Cookie called me and asked if I want to go up on the plateau with him and before he could hang up I was sitting in the back seat of the Hagglund packed and ready to go. 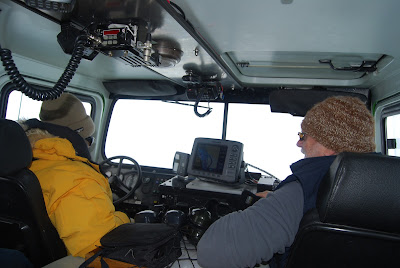 Cookie, John and Geoff were doing a recce around the West side of the David Ranges which no one has been to in recent history. If we can find a safe route we will make it into a GPS route so any one on station can follow. We had a bit of trouble initially getting the Hag up the steep slippery ice plateau but once up it didn’t take long to get to the point where we turned off the known route and headed out into no man’s land.  There were a few tense moments here and there crossing crevassed areas but mostly it was strait forward. 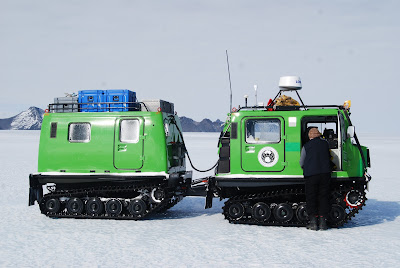 We found some amazing melt lakes and scouring as we ventured our way up the moraine line strewn with boulders. There was one magnificent boulder leaning on a crazy angle. We checked all the peaks for easy climbing routes and for places to setup our portable huts to camp out on weekends but the main exercise was to ensure the route was safe for quad bikes. 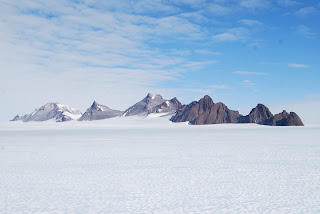 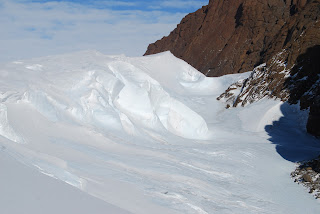 We pulled up near Mt Lawrence and Mt Coates to have a bite to eat and to explore some nice scouring around the base of the mountains and then we climbed up on a ridge to get some photos. It was bright sunshine and no wind most of the time and we could see Mawson and all the coast was under a very dark cloud band dropping lots of snow. 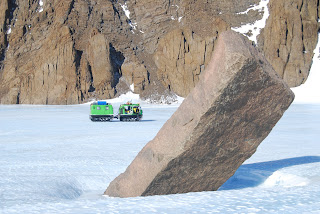 I got my first opportunity to drive a Hagglund and they are surprisingly easy to drive but I soon found out they lack traction on steep elevations of blue ice as I came down side ways. J They are much warmer than quad bikes, but very noisy, slow and rattle your bones to pieces. After the mission was complete we headed straight back to Mawson arriving about eight o’clock for a late dinner and an early night as we were all buggered. 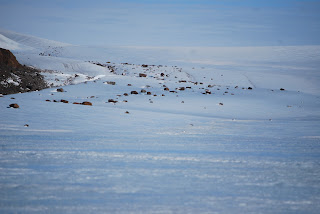 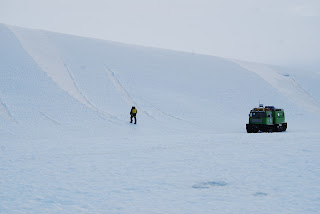 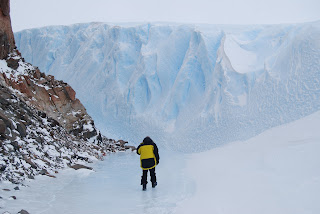 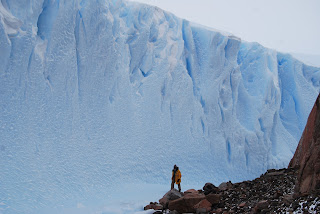 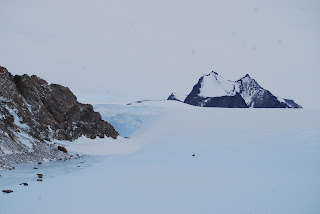