I woke up when my APANSA filter change alarm went off and after a shower I reluctantly walked down the hill to do the filter change and was surprised to see Chris doing the change. If I knew he was going to do it I would have slept in….Doh !!


Later I searched the whole station and was lucky and amazed to find a PC with a Fire Wire card and later I found the only 6 pin to 6 pin fire wire cable in existence at Mawson. I was ecstatic, what luck. This fire wire card was not a Texas instruments chipset that I desperately wanted but it was a lot better than the one on my laptop mother board. I made three trips down to the transmitter building carrying all the gear to the transmitter building and set up the PC and monitor. I wandered back to the red shed for some lunch and Justin wanted to get the boats on the water immediately as the wind was dropping. So after lunch we got prepared and had both boats on the water by 13:30. We went around to East bay and checked out the ice cliffs and Islands. We saw a fur seal which it a rare sight at Mawson, we also saw an Emperor penguin and some nice ice caves and a flock of skuas feeding. It was a good trip but I started to get cold towards the end and we headed back to Station. Trent was slushy and cooked spaghetti bolognaise for everybody and latter that night Trent and I had a very late session playing pool to 3am. 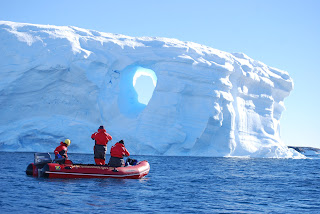 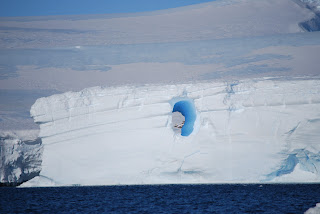 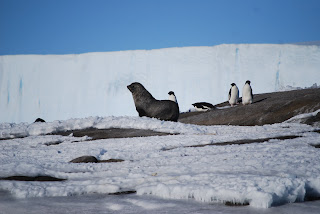 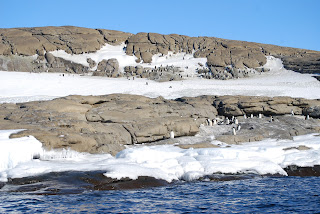 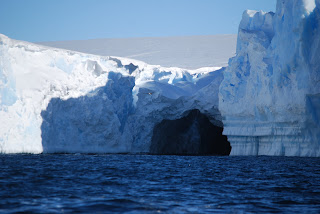