I didn’t sleep very well last night and woke up tired. I did the weekly ANARESAT checks and went back to the office to start on my first monthly report. After smoko we had our usual weekly meeting with nothing special to report other that the fuel spill cleanup is going well then it was back to the office to complete my report. I got so involved I missed lunch and worked right through. At five o’clock the wind had dropped to less than 11 knots so Cookie encouraged me to take both boats out berging and to visit Kellas Islands. 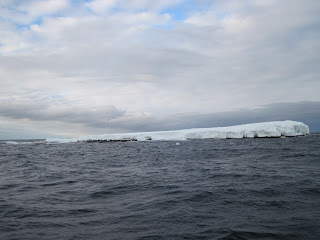 North Kellas Island
I would have preferred a glassed out day but decided to go for it as winter is fast approaching and it could be our last chance. On the way out conditions were pretty good as we went through all the Islands and passed ice bergs. My GPS was spot on and in no time we had found Kellas Islands. Trent did a fine job dropping me off onto the small Island but it was a hard walking due to the frozen sea spray which covered them. I was hoping to build a cairn but it was impossible due to the amount of ice, so I placed my message in a bottle deep in a crack in the rocks were it will get covered in ice and remain there may be forever. 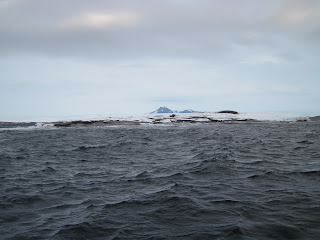 South Kellas Island with Mt Henderson in the back ground
I took some movie and some photos and suddenly the wind started to come up so I called the guy’s back to pick me up and we had to head home right away. The wind came up very quickly to 22 knots and the trip home was hell. Every wave we hit sent spray all over us which immediately froze and it was worse than Shackleton’s epic voyage. By the time we got back in we were covered in ice and fingers frozen. Some guy’s headed straight to the sauna to warm up and get movement back into their fingers. I had to put the boats away and then I headed up to the red shed for a shower and to dry my gear. Dinner was a late affair and latter we had a few drinks at the bar to celebrate. 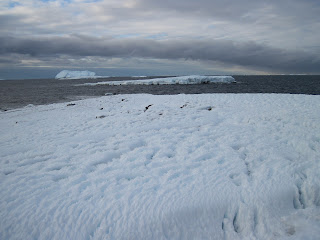 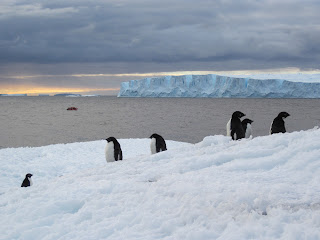 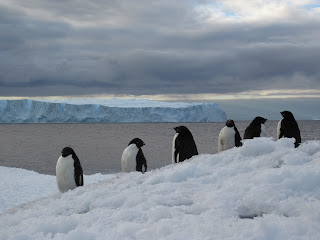 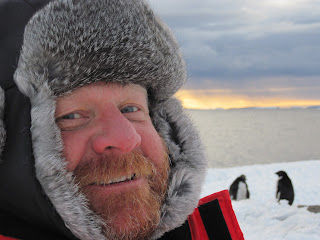 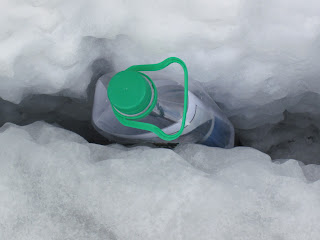 My message in a bottle 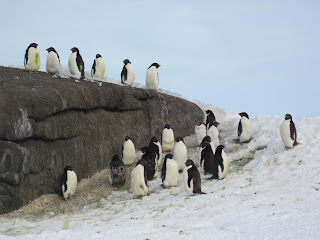 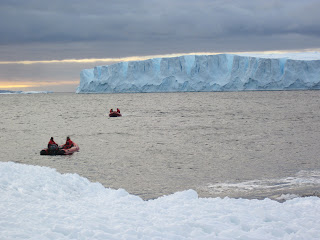 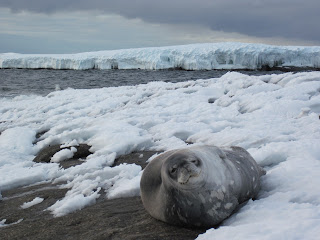 Resident Weddell seal with North Kellas Island in the back ground 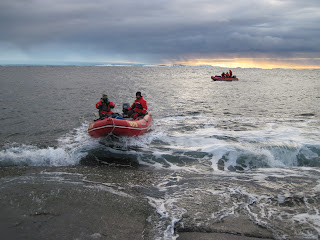 My taxi has arrived 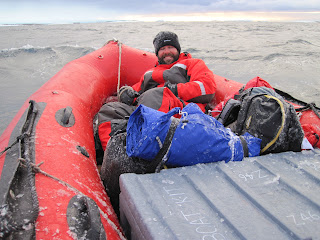 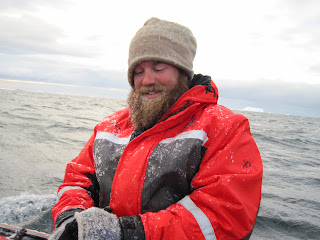 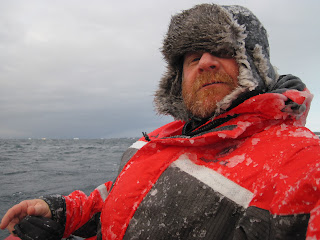 Doing it hard on the way home. Yes that is frozen sea spray
Posted by Craig Hayhow at 09:07