Where do we get our water from?

What’s that you say?
Where do we get our water from?

Getting a drink of water or having a shower in Antarctica is still not an easy task 66 years after the first expeditioners settled the station. Back then they had to melt snow by boiling it. Although we are surrounded by trillions of litres of water, we first have to melt it to get access to it which uses an awesome amount of energy. Lucky for us we don’t have to collect the snow first like the expeditioners before us. Melting snow is very inefficient as snow will only produce 10% of the same volume of water as ice will produce.

Well it all starts with a thing called a melt bell. Hot water is produced by an electric boiler driven by our wind turbines. If the wind stops blowing then a diesel powered boiler automatically kicks in. This hot water circulates through the melt bell heating it up which caused the melt bell to melt the surrounding ice causing a water well to form in the plateau's blue ice. This melted water is then pumped into our three water storage tanks. Half of the water in the storage tanks is always reserved for fire fighting. From the storage tanks, water enters the site services ring feed mains supply.

This piping system supplies water to every building on station and the water is circulated through heat exchangers in the power house extracting heat from the engines and also from boilers that run on wind power or diesel power if the wind stops. This stops the pipes from freezing and bursting. All the pipes in site services have heat trace installed in them as well. Large storage tanks hold water in the basement of the red shed and there are sewer and grey water holding tanks as well. Sewage from the flushing toilets and grey water from the showers etc, is pumped to the sewage treatment plant and the treated effluent is discharged into East bay. 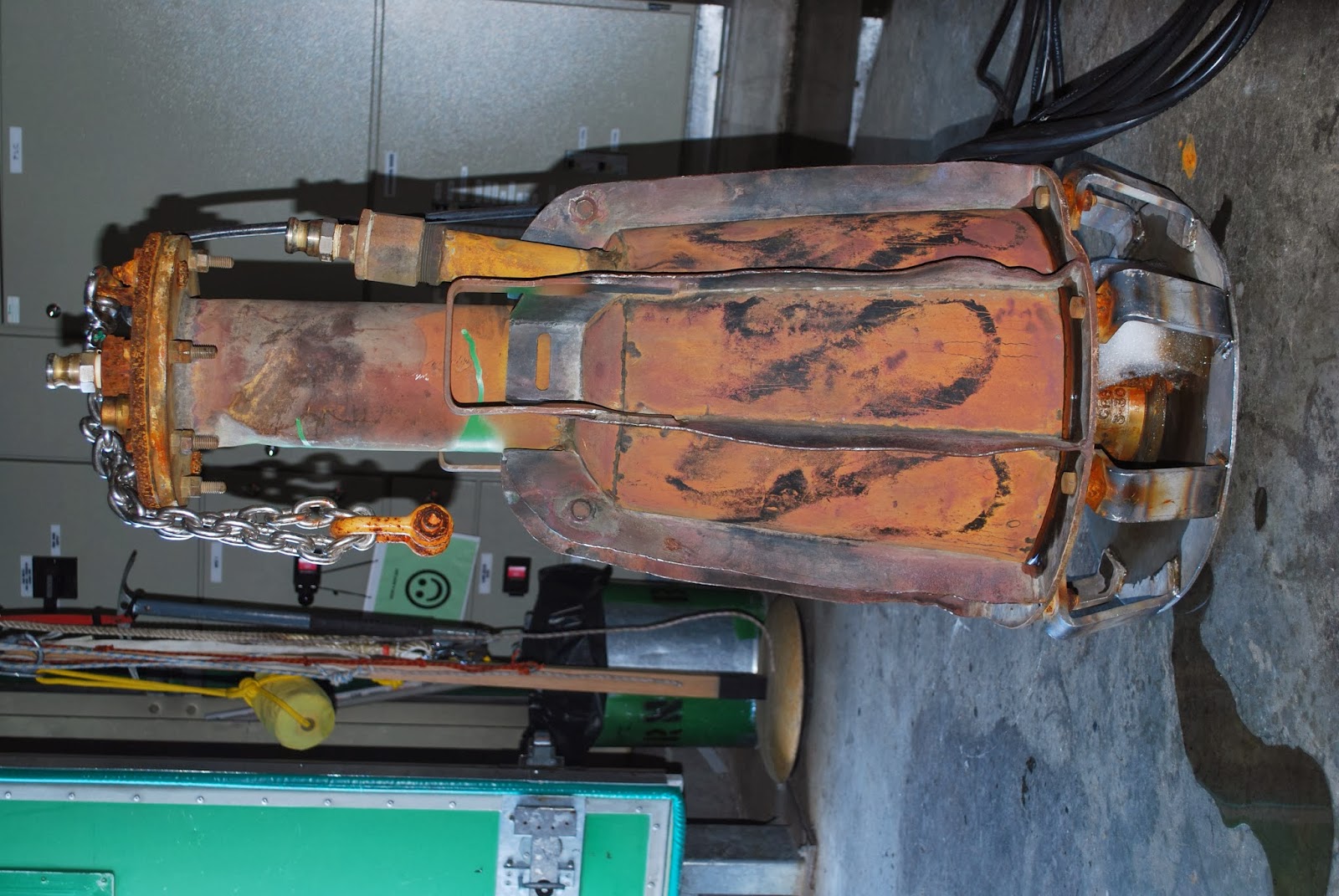 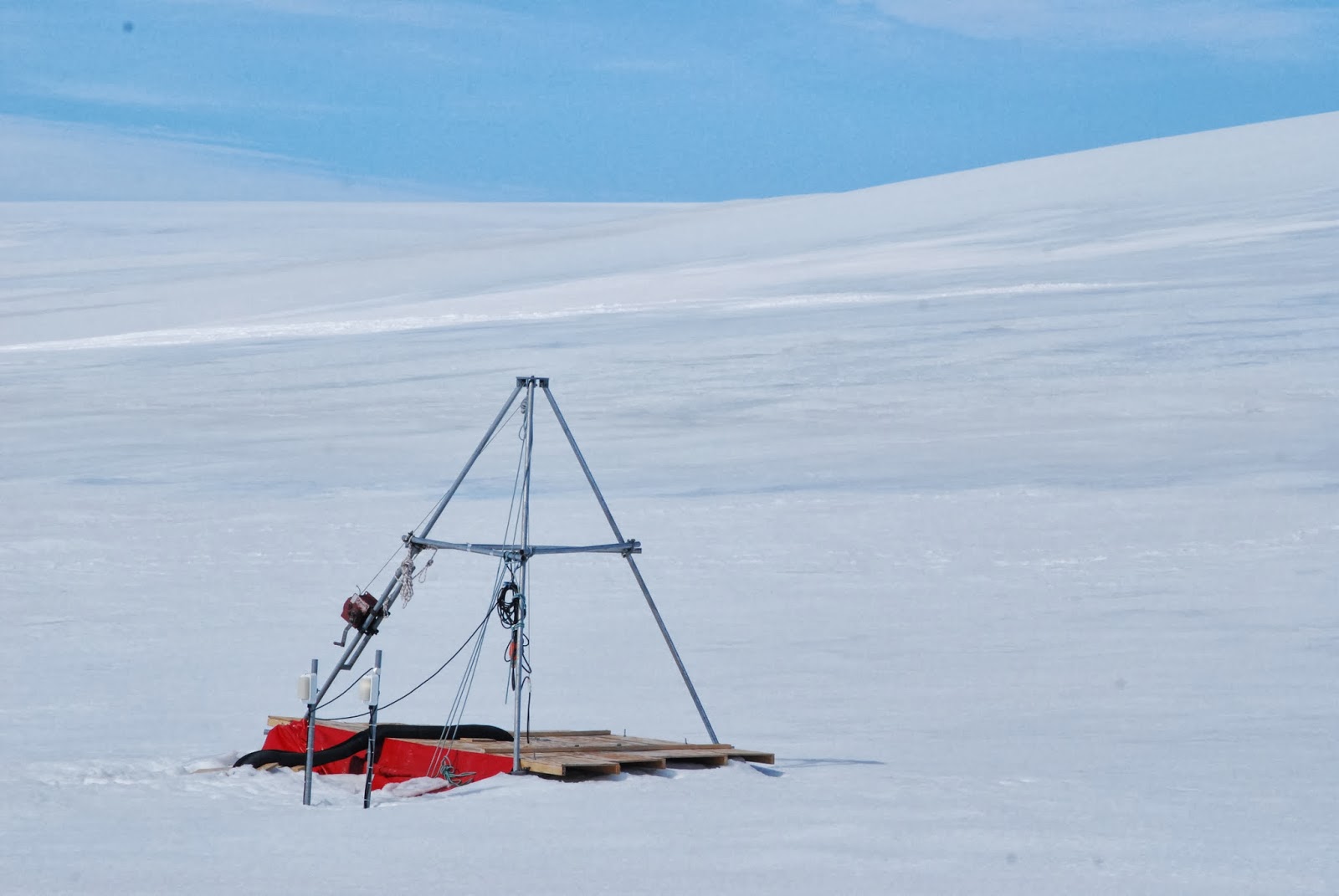 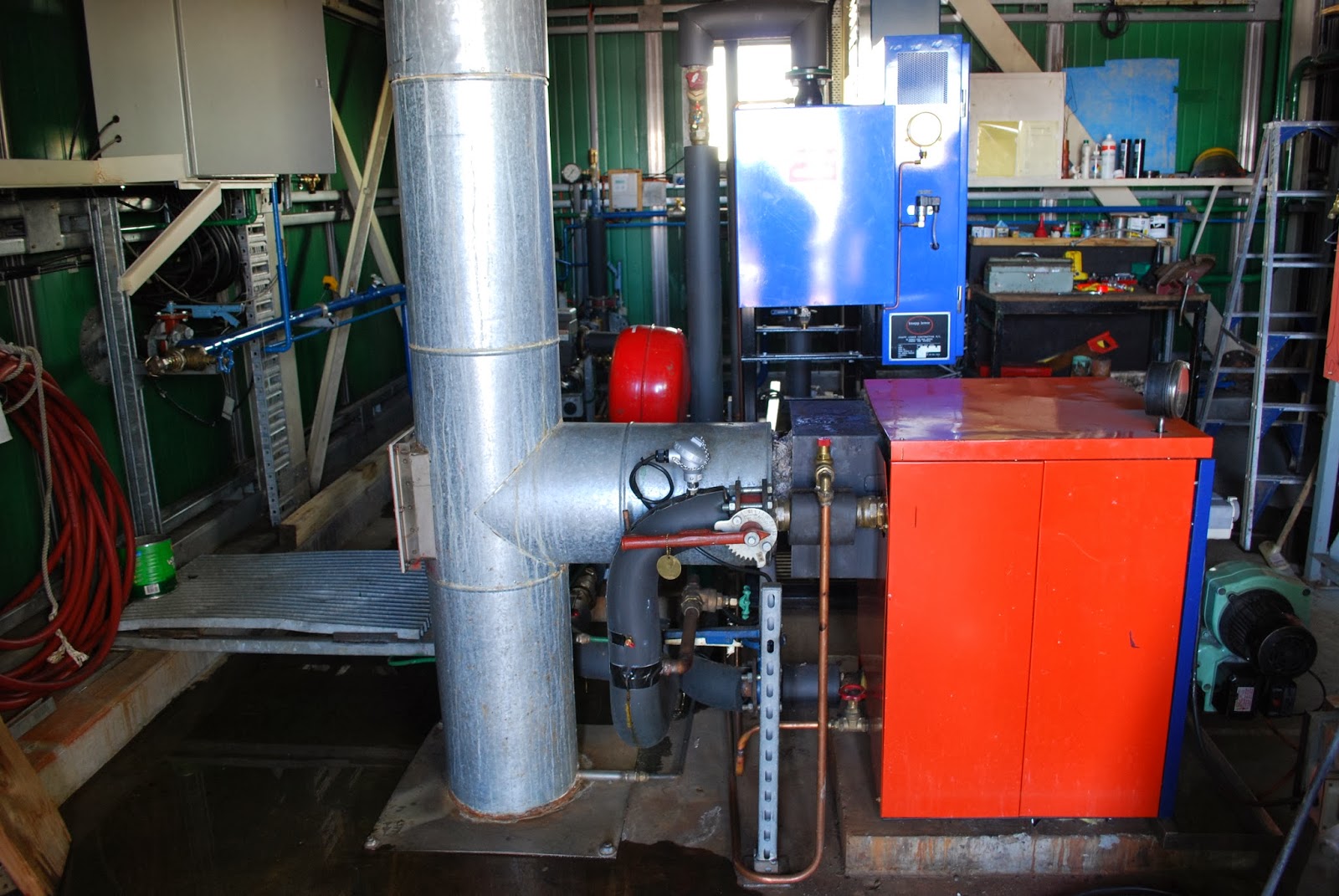 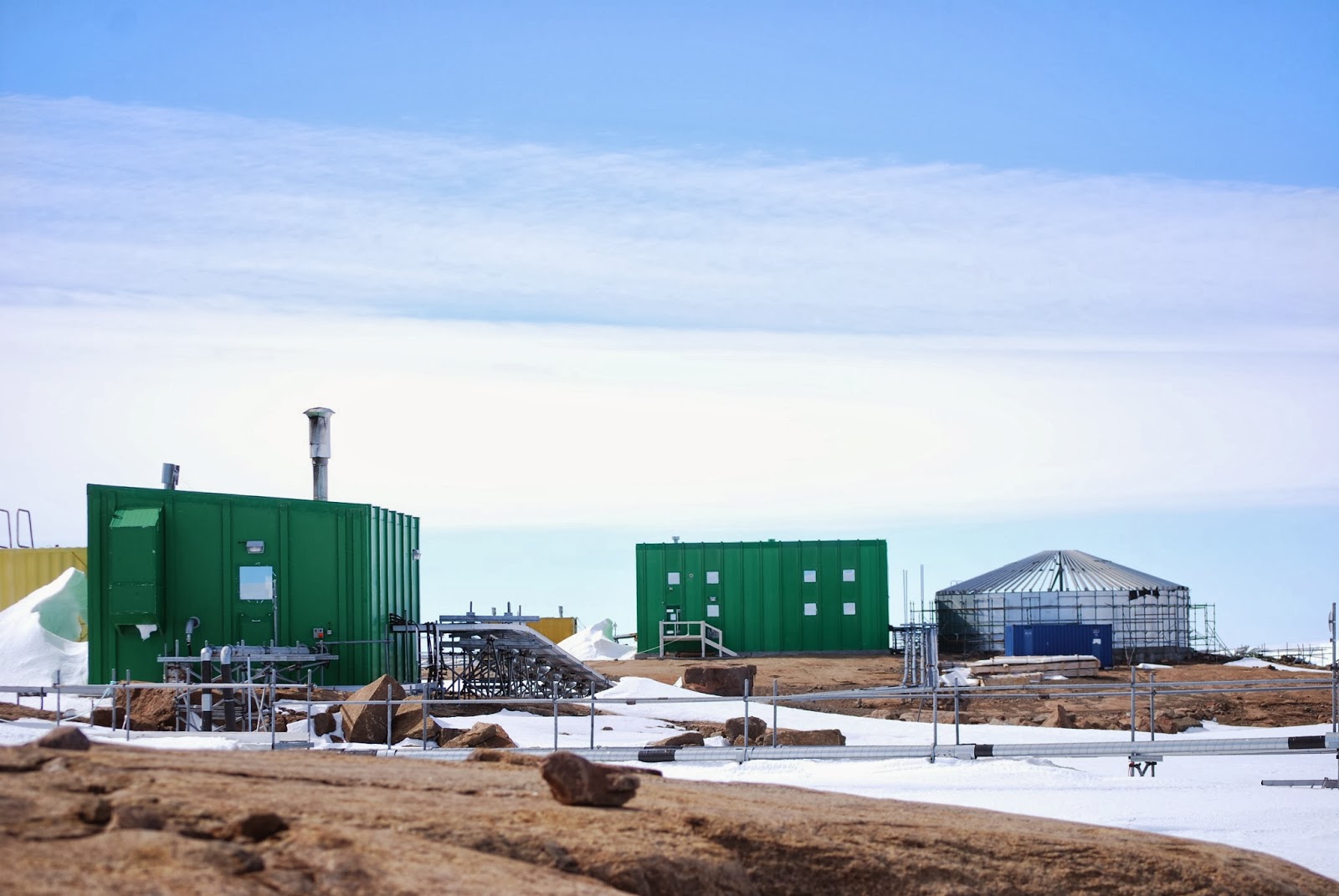 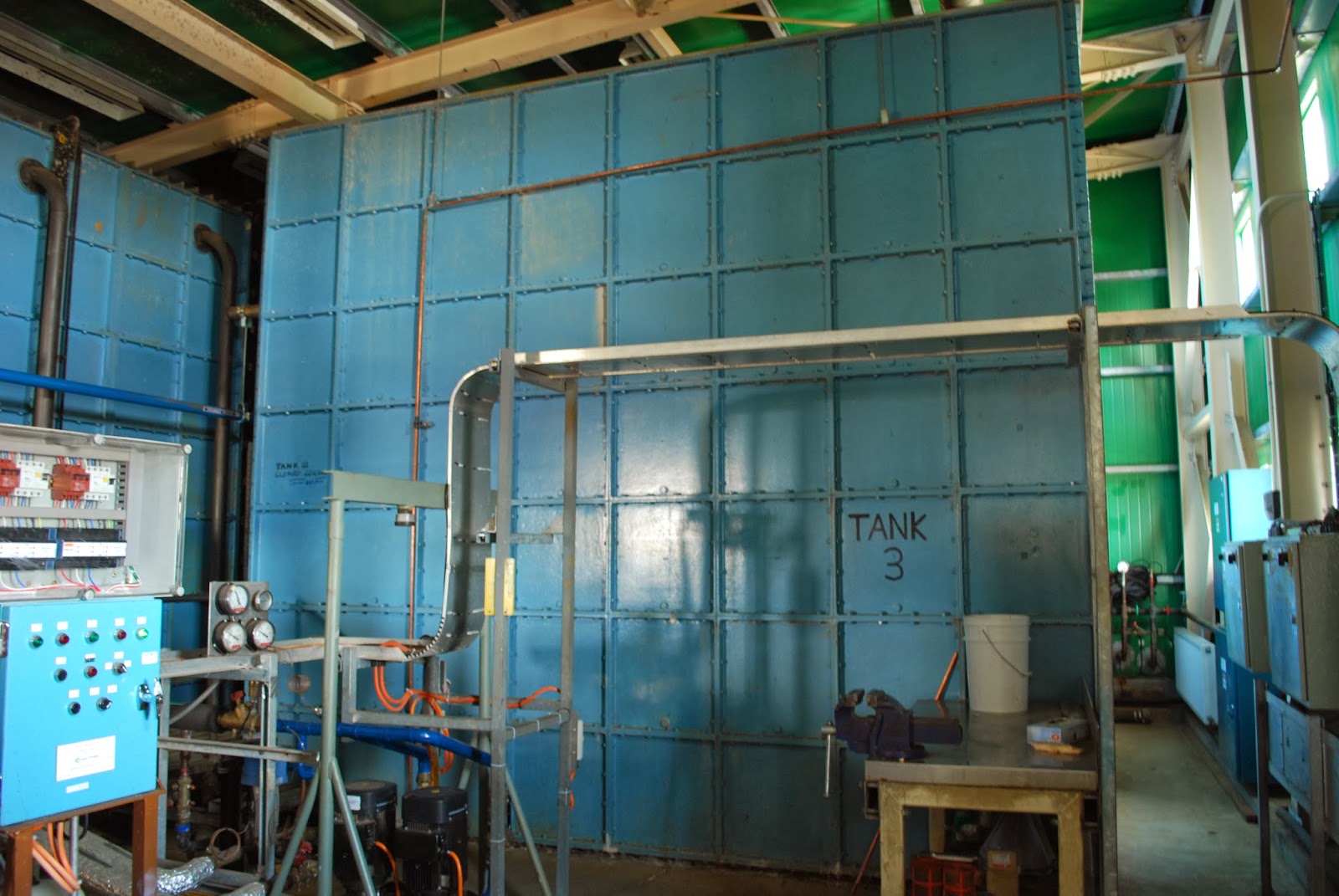 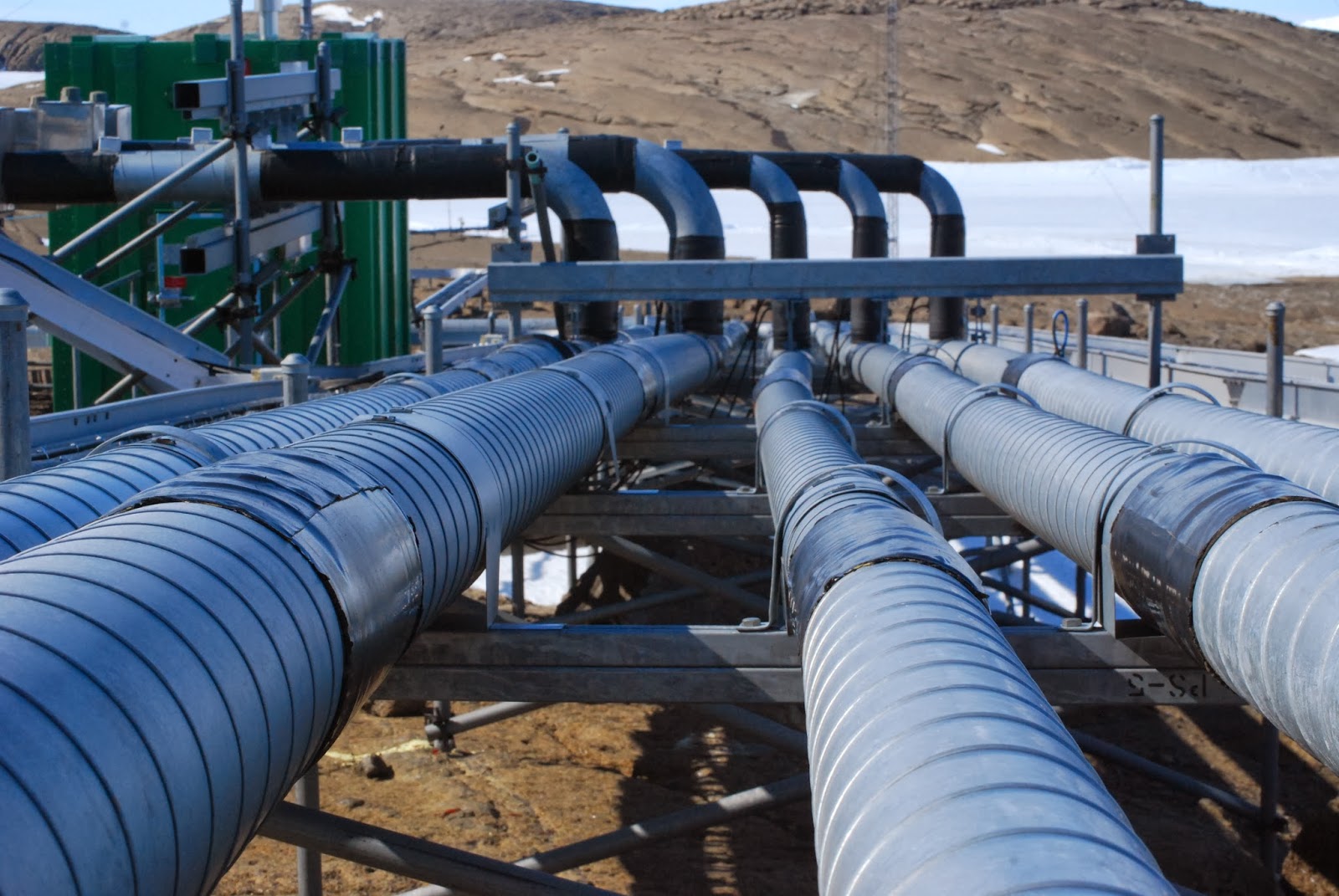 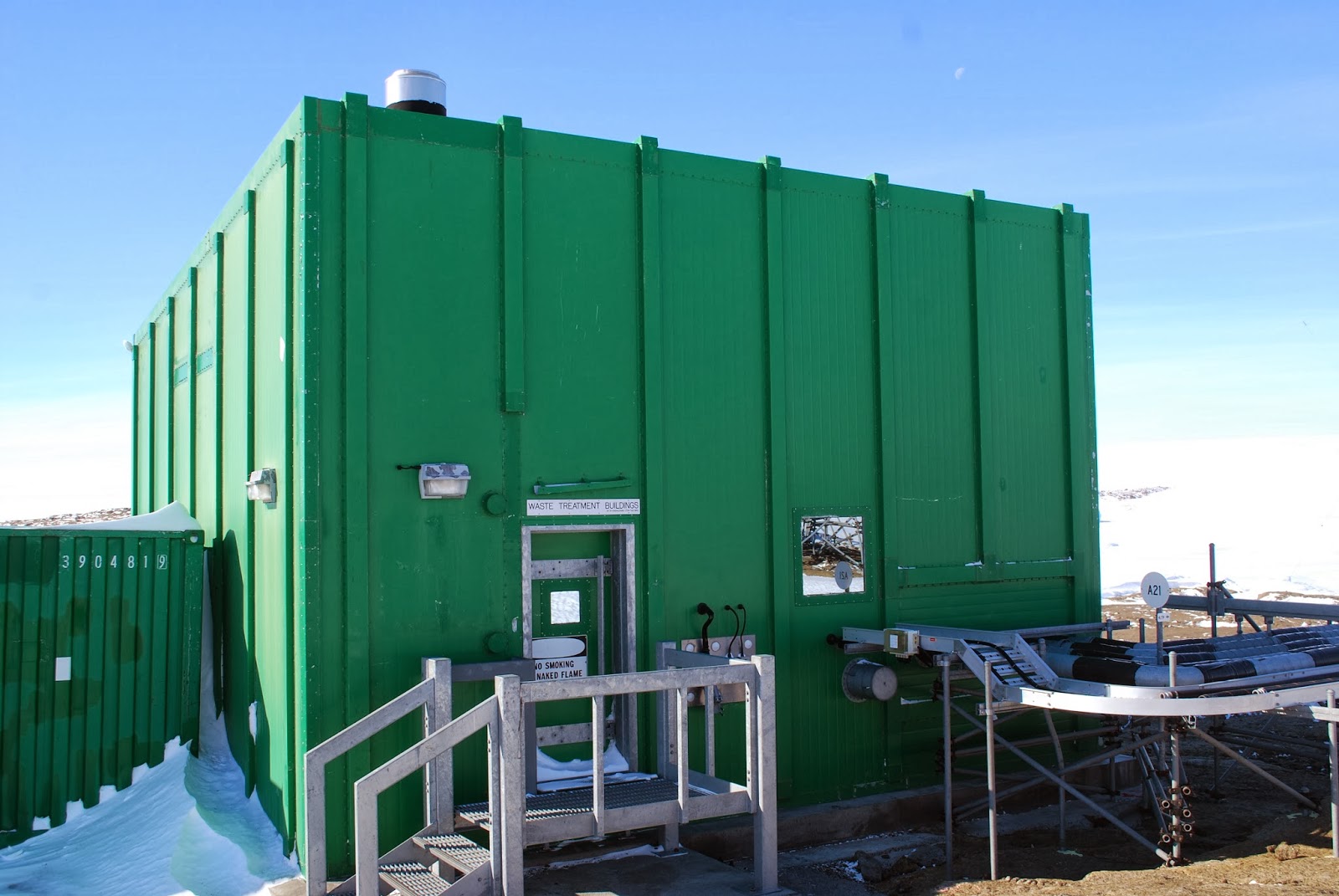 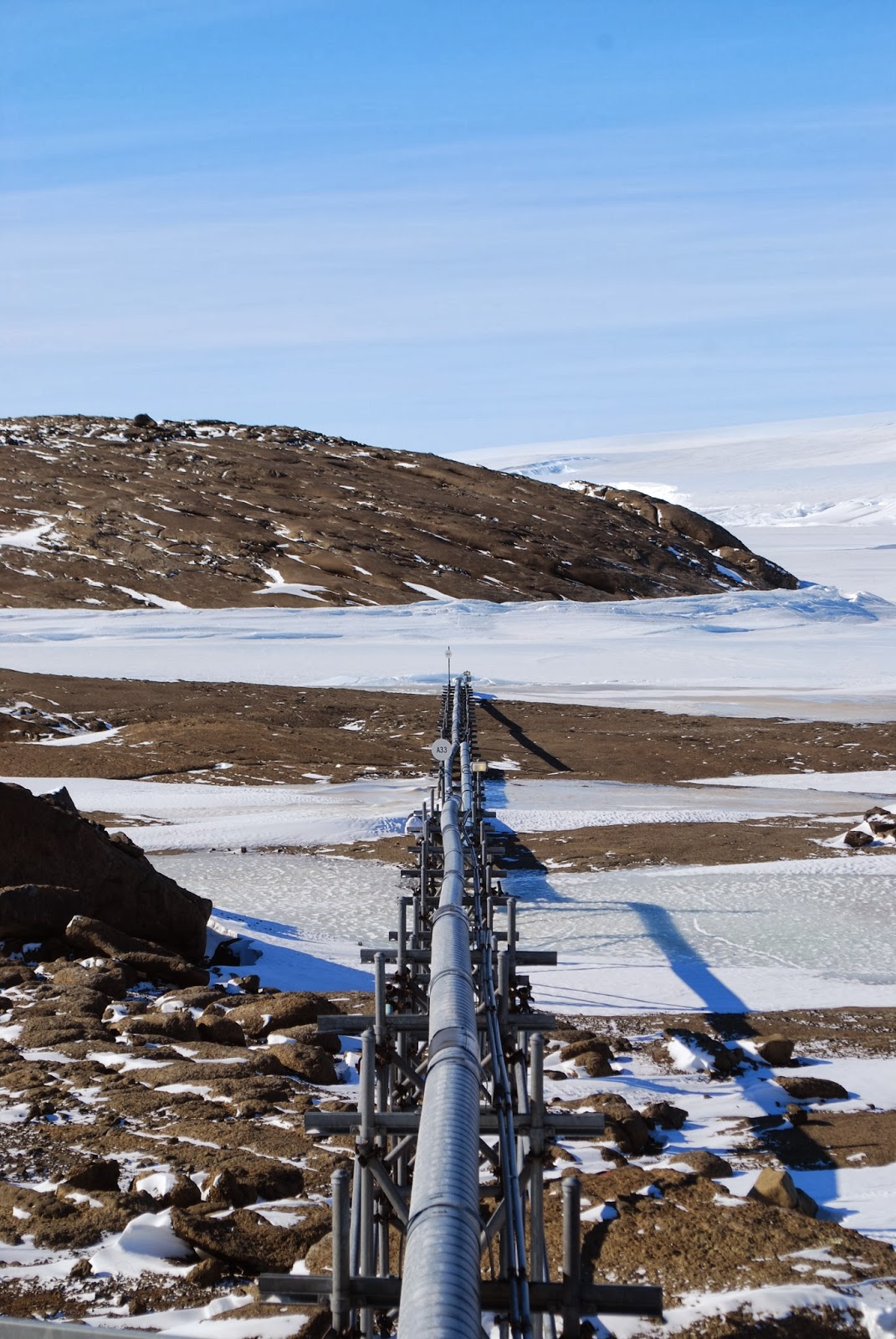 The shit pipe (effluent outlet)
Posted by Craig Hayhow at 22:55