Today was Putu's 40th birthday so I spent the morning making up a “Happy 40th birthday Putu” sign. After smoko six of the guys helped me hold the sign up outside for a photo. It was meant to look like we all were  in the nude with the sign in front of our tackle but most of the guys were afraid of getting it off or didn't hold the sign high enough. It was about minus fifteen wind chill at the time so I have to be happy with the photo I got.

After taking the photo, I then placed the sign out on the ice and turned the station web camera onto it for all the world to see over the weekend. After the photo shoot I went and did ARPANSA. I went to do magnetic observations in the afternoon but I had left the battery switched on from last week and I had flattened the battery so I had to give it a miss and take the battery back to the operations building to charge it.

I went and got my ice axe handle from the chippies workshop which seemed to be dry enough now and assembled the head and end and it looks fantastic. I’m pretty happy with it even though there is not much colour or grain in the hard wood I used for the handle.

I went for a walk out onto the sea ice to measure the sea temperature and a seal poked it’s head out and sniffed the temperature probe and a few hours later when Luc and I were enjoying a few coldies out on east arm my waterproof camera rolled down the rocks and landed in the water and as I reached out to pick it up again a seal poked his head out to sniff my camera. I reckon it was the same one. 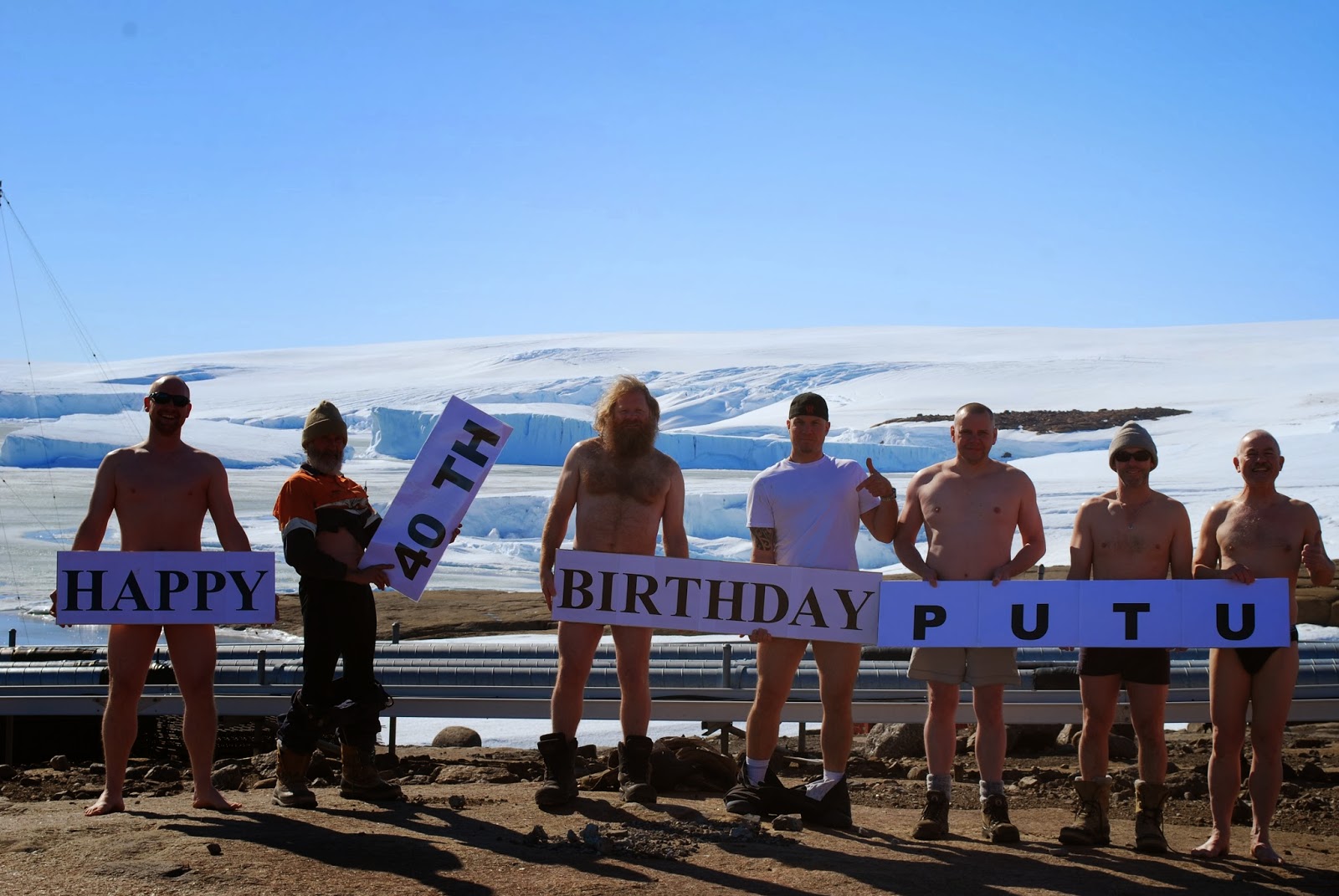 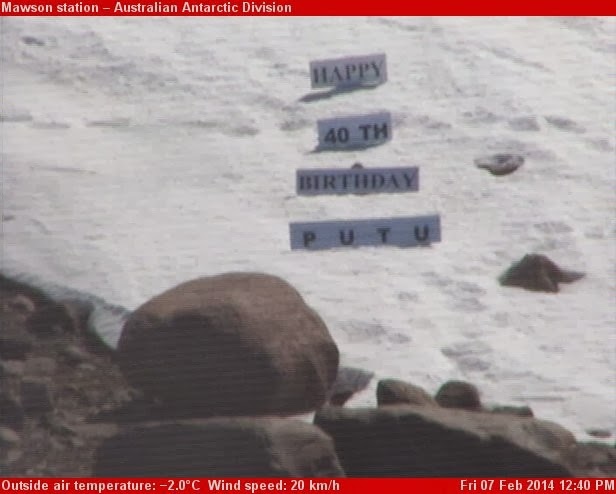