Friday and Saturday I have been relaxing on the ship as I am not involved with the resupply activities. I thought I would show some maps to give you an idea how large Antarctica is, how far the Australian stations are from Australia, who claims what territory and how many stations there are. I would also like to show a few maps of Mawson station showing the Building layout, recreational limits, station limits and for those interested a map showing the location of the Kellas Islands.


This afternoon (Saturday) all the summering team from Davis station moved aboard the Aurora Australis, so it’s now a little bit crowded with an extra 60 – 70 people including two extra people sharing my cabin. Resupply activities are almost over now. We still have to bring some more RTA (Return to Australia) on board as well as clear the heli deck of two Hagglunds and other Mawson equipment to make room for the two squirrel helicopters we are bringing on board. These will have their rotor blades folded so they can be stored in the hanger. Hopefully while at Mawson I will get to make use of these helicopters to fly heavy batteries up to mountain top radio repeater sites saving me from having to manually carry them.
We are hoping to depart Davis station Sunday afternoon and arrive at Mawson on Tuesday. During the voyage we will trawl for krill to fill the research tanks back at Kingston. Kingston is where the Australian Antarctic Division’s head quarters are located in Hobart. I have volunteered to help the krill scientist, so I guess I won’t be getting much sleep on the voyage between Davis and Mawson as they trawl for krill late at night. Resupply at Mawson station is much smaller than Davis station with only 100 tons of supplies and equipment to be offloaded and 250,000 liters of diesel. Hopefully once at Mawson I will move ashore right away so I can complete a proper and thorough handover with the outgoing winter crew.
Water temp -0.3 degree
Air temp -1.45 degree
Wind W @ 5 knots 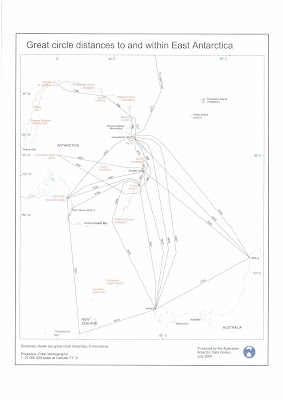 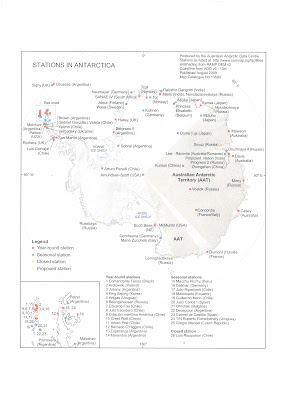 Stations and Territories in Antarctica 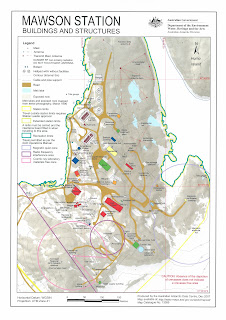 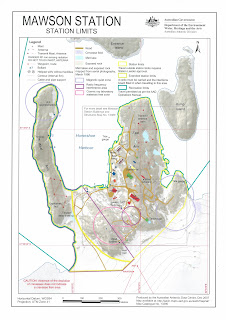 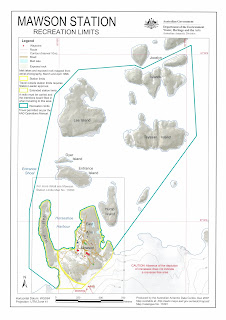 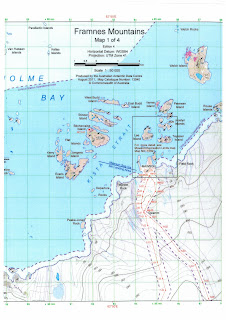