Today was a perfect day with zero wind so I decided to attempt to raise the tide gauge after lunch. During the morning I did the usual comms stuff then after smoko I got everything ready for the tide gauge packed into the green Hag ready to go. After lunch we drove out onto the sea ice and drilled two holes directly over the tide gauge. In one Chris lowered an eight meter pole with a light and a camera so we can see the tide gauge on a monitor and I lowered a mechanical grab on two ropes. It didn't take long till I managed to grab the top of the tide gauge and carefully pull it out of its concrete housing and then raise it to the surface. Mission completed. I took everything back to the office and gave the tide gauge a good scrub up. Once the tide gauge had warmed up I tried connecting to it once again but it was still completely dead and needs to be packed up and sent back to Kingston to have the special batteries changed and the data recovered. In the mean time we will have to plug the hole in the concrete housing to prevent silt and sea creatures from taking up residence. On the walk back to the red shed there was a magnificent view as the moon was setting behind castle berg. 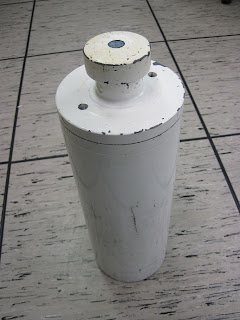 After dinner, Darron, Pete C and I went out to Bechervaise Island for the night staying in one of the four huts out there. We made our way out there all right in the dark and got ourselves settled. We enjoyed a bottle of wine and a few beers and latter I went out to photograph some aurora activity that was taking place. It was hard to shoot as it was so dark and I couldn't illuminate the huts to my desire and I was a bit disappointed. I stayed out for quite some time and I had to regularly keep changing batteries to warm them up again when suddenly the moon started to rise and around the same time the aurora started to go nuts. It went super bright and was swirling all around the sky as quick as you could turn in every direction. When they do this it is really something to see. I was yelling out to the other guys to get out and take a look at the action and by the time they finally emerged most of the action was over. It was a great display and finished off a great night. 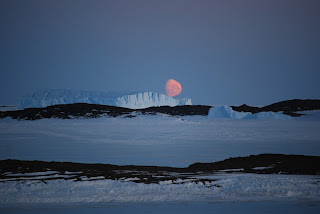 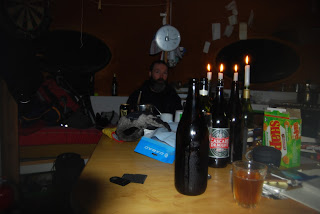 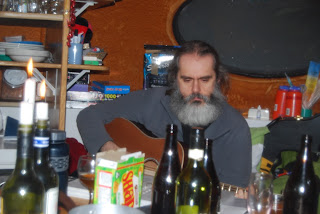 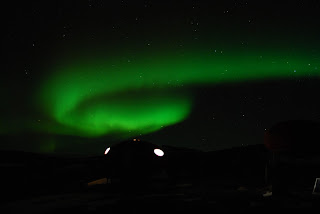 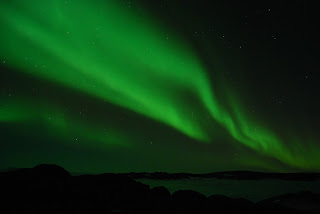 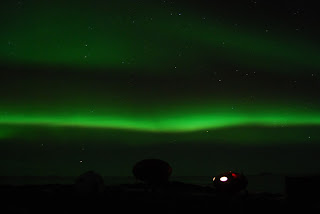 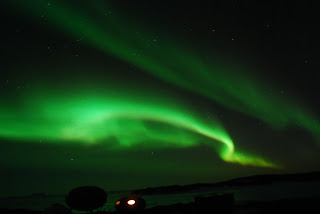 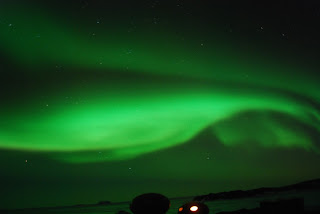 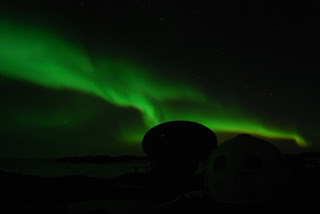 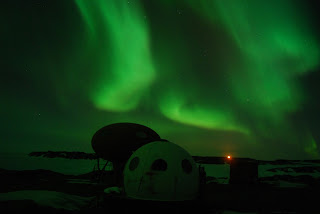 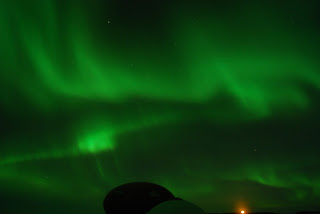