Mystery solved after 53 years of the Historic Norwegian Sledge and Cache found on the Robinson Islands, Mawson Coast, August 2007

I am a second generation Mawson expeditioner as my step father Bill Kellas wintered at Mawson as a Bureau of Meteorology observer in 1960. Unfortunately Bill died during my sail down so I didn’t get to share my Antarctic experience with him.


To get a feel of what life was like for my step father down here at Mawson station in 1960 I have been reading the diary of George Cresswell who was Bill’s best friend, and fellow expeditioner. I have found Georges diary fascinating to compare life back then to my present time expedition and we regularly communicate as I ask George question about the past.
Being interested in the history of Mawson station around 1960 led me to stumble across a document titled “Report on Retrieval of Historic Norwegian Sledge and Cache from the Robinson Islands, Mawson Coast, August 2007” by Dr Gary Dowse, Station Leader, Mawson 2007. 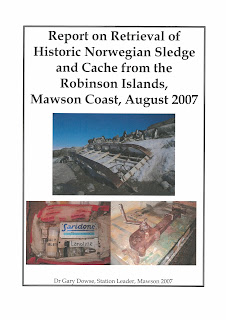 I thought the report was very interesting and I was surprised that no one knew the history of where the Norwegian Sledge and Cache came from. The Historic Norwegian Sledge is still here at Mawson and I have looked at it many times and recently when I walked past it I recalled a very brief paragraph in George’s 1960 diary mentioning the recovery of a Norwegian Sledge.


8 Nov 1960
Henk, Syd and Bryl had tried to get out to the caravan (17 miles north) in the Jeep. They got stopped by soft snow and the coil on the Jeep packed up too.
Henk wanted to retrieve worthwhile bits off the caravan and also the Norwegian sled that it was mounted on.
Bill D, he and I flew up in the Beaver with GD
We had to walk a mile to the caravan into a biting, cold wind, although only 10-15 knots. We stripped the caravan, loaded everything onto the sled, and towed same ¾ mile to the nearest island – not easy.
We took off most of the stuff and dragged the sled up onto the island.
Then had a walk around and saw seals and pups. Henk fell through a hole in the ice.
GD picked us up at 2. I had to carry a heavy toolbox on my shoulder for ½ mile
I followed my hunch up with George and he also contacted the remaining 1960 expeditioners to see if they recalled the events. While waiting for an answer I read through the 1960 Mawson station log book kept by OIC Henk Geysen and came across the exact event. I also found the same event documented in the field report dated 2nd to 6th November 1960. 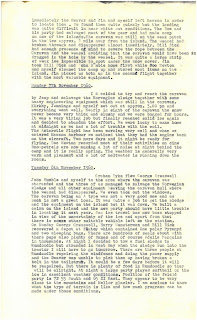 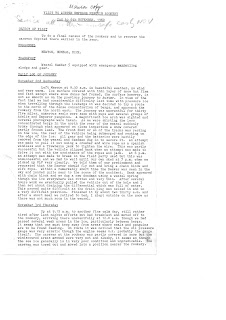 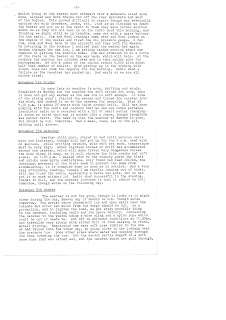 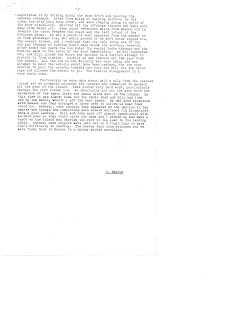 Grayham Dyke who was one of the pilots at Mawson station in 1960 emailed to confirm the following; “I checked my logbook and can confirm that on the 8th November I flew to pick up a man haul party”
Then Robert Merrick emailed with a very comical account of the event which was written in the Mawson station news paper “Katabatic” at the time of the event.

“Adding to George's diary report, Katabatic reported in its honest and forthright way about the salvage operations:

"Following an abortive effort to reach the site of the rapidly sinking caravan and Norwegian sled by WM, Jungle and Bril in the Jeep, experts were called in. They were Dick and Cresswell. Feeling that a Sherpa was warranted for the operation they chose the amiable Geysen.

Tuesday at 1015hrs saw the trio landed by Beaver by the fearless aviator Dyke on thin ice merely an ICBM distance downwind from the caravan.

The trio set off toward, reached, stripped and chopped holes in the caravan.

Everything of value was salvaged. All that remained was to pull the Norwegian sled minus the caravan over to the nearby island. So that it would not go too fast and overhaul the haulers, such items as the Trewella jack, chain blocks, crowbars and toolboxes were thoughtfully placed on the sled by star man hauler Dick. The island was reached some 40000 calories later and all loot deposited. The inevitable cairn was built and then the salvagers amused themselves watching Adelies mating. Sherpa Geysen later fell thru the sea ice but (to quote the newsletter) was fortunately unhurt.

GD came back later and the party returned to Mawson."

So finally after 53 years, the mystery of the Historic Norwegian Sledge and Cache discovered at the Robinson Islands has been solved.