We woke up to a beautiful sunny day without any wind. After breakfast I climbed to the fifty three meter high summit of Bechervaise Island which gave spectacular views of the whole region, then I wandered slowly back to camp checking out all the penguin monitoring equipment along the way. The Adélie Penguins on Bechervaise Island have been studied for decades to understand the impact of krill fishing and lately of the impact of acidification of the southern ocean. There are automatic cameras, weigh bridges and every summer there are biologists living out on the Island for months studying their breeding. 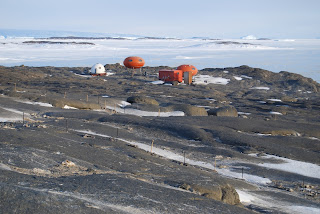 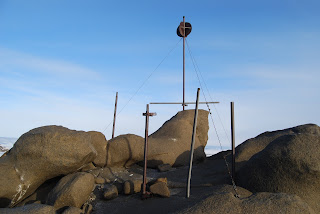 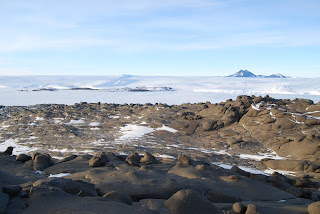 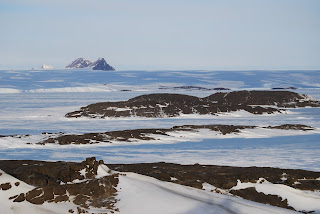 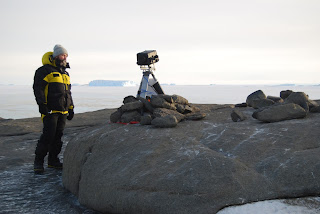 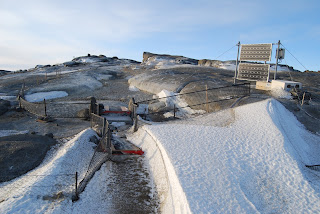 After packing up we headed off to the Kellas Islands as I wanted to place a cache there. It’s a heavy brass canister containing a laminated page about who the Islands were named after and a brief story of Bill including a few photos. I also included a pencil and note pad for any comments should it be discovered. My plan was to install a cane pole deep in the ice and tie a rope around both the pole and the canister and drop the canister into a gap in the rock. I forgot to take a GPS reading so we just winged it by eye and ended up driving past them and ending up at Parallactic Islands about a kilo meter further North so we turned around and drove back till we found them. 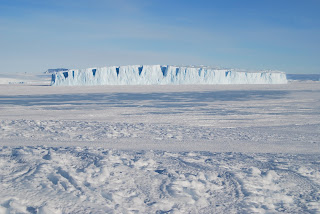 The rock was almost completely covered with frozen sea spray making them hard to identify out on the sea ice. It must get very violent out here during a blizzard when the sea is open. While carrying the gear from the Hag to the highest point I broke through the honeycombed ice and all my weight went forward on my leg just below my knee and as I fell over for a moment I thought I might have broken my leg as the pain was so intense. After a while I hardened up and continued to hobble about. I drilled a hole for the cane and filled it up with water to freeze it in, attached the cache, took a few photos and then headed off to our next destination Marble rock. 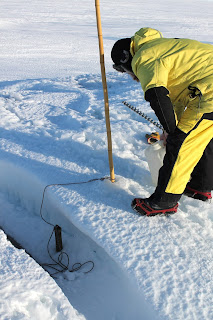 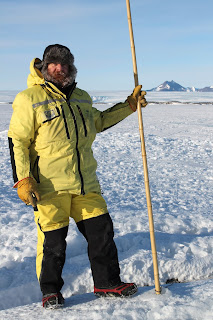 Marble rock was a huge rock protruding from the plateau ice cliffs. We climbed up and over the top to admire the view and on top I found a couple of really old pitons hammered into the rock which I removed to put them in our dog room display. On the climb back down I stopped to take some photos of a really nice curled cornice. Our next destination was Peake Jones rock and then onto Ring rock where we stopped and went for a long walk. Near a cairn on one of the summits I found what looks to be a piece of dog harness. It amazes me how often I think I am the first human to ever set foot on a place and then I find some trash or relic. After our long walk we had a hot drink and something to eat before heading off to climb Welch Island. Welch Island is one of the most distinctive Islands in the whole area and I have wanted to climb it since we have been allowed access to the sea ice. It’s only one hundred and thirty meters high but it’s a steep and slippery climb. On the summit the view was superb and we sat there for a while to take it all in. Just before our descent we saw Keldyn, John and Justin combing down the plateau in the orange Hag after they had spent the day climbing Mount Rumdoodle. We climbed back down to the Hag and then headed off getting home just in time for dinner. 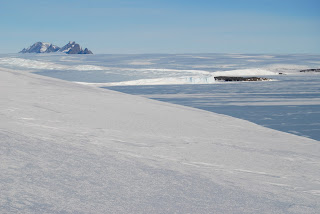 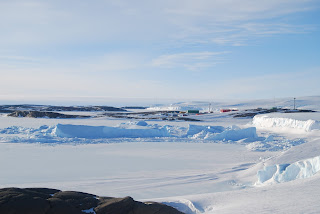 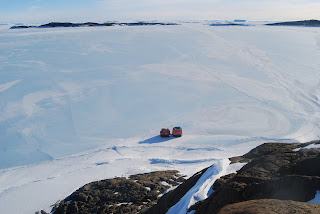 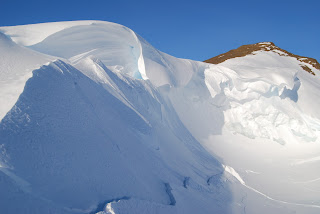 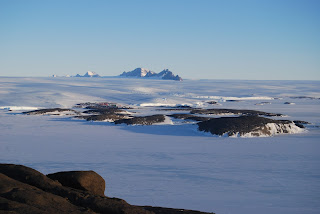 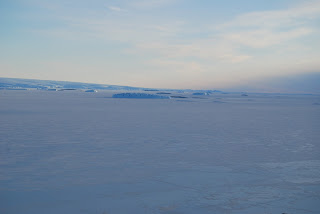 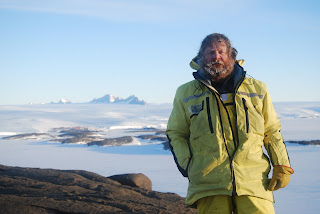 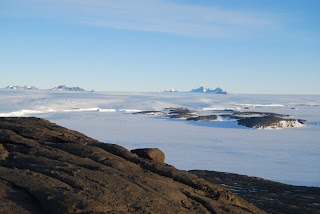 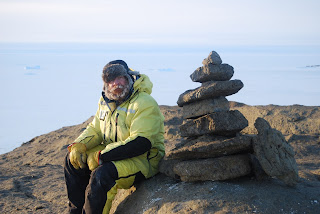 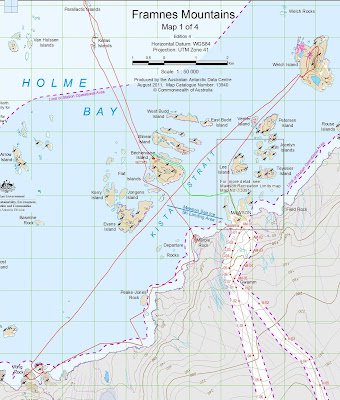