Today was another fine day, so we decided to drive as far west as we were allowed reaching Oom Island just into Kemp Land. (Small island 0.5 mi NE of Campbell Head, off the coast of Kemp Land. Mapped by Norwegian cartographers from air photos taken by the Lars Christensen Expedition, 1936-37, and named Uksoy. Renamed by ANCA for Lieutenant K.E. Oom, RAN, a member of the British Australian and New Zealand Antarctic Research Expedition (BANZARE), 1929-31) We then headed into the ice cliffs to work our way back to Cape Bruce. Some sections of the ice cliffs were a beautiful deep blue colour so we pulled up for a closer look and to take a few photos. The ice was so dense with all the air squeezed out it was like glass and you could see about a meter into the ice. 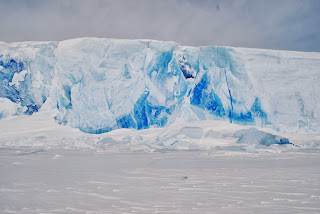 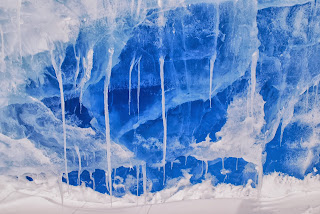 From here we weaved in and out of Islands and bays on our way to proclamation point at Cape Bruce. Proclamation point is where on the 18th day of January 1931 Sir Douglas Mawson rowed ashore with ten other men and claimed Mac Robertson Land for the Crown during the BANZARE expedition. The original plaque and some documents still remain along with a visitor’s book dating back to the 70’s with only a handful of entries. For a moment it was nice to walk in Dough’s footsteps and I even got a splinter off his original cane pole he left behind. 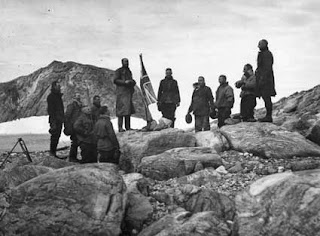 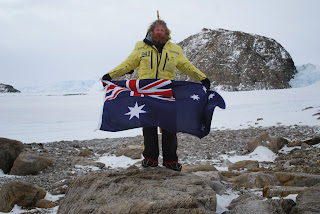 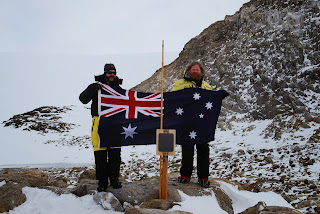 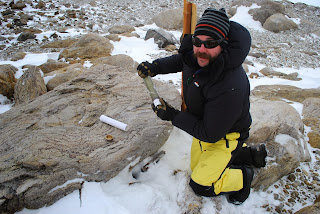 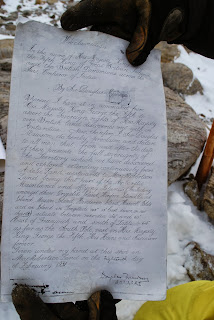 We left Cape Bruce on a hunt for some huge jade bergs the previous expeditioners had come across but neglected to record their location. Along the way we found a little magic spot between the Taylor glacier and an Island where we walked into and enjoyed fantastic polished ice sculptures. 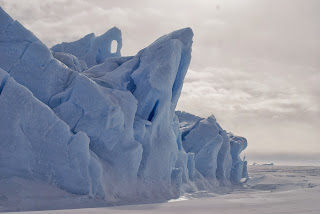 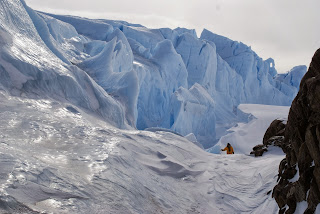 By now the sky had become overcast which produced poor surface definition and made driving and photography very difficult; even so we still managed to find both jade bergs where we stopped for a while. 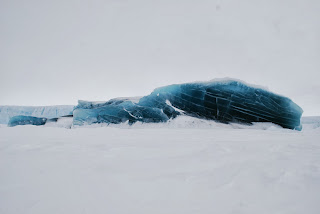 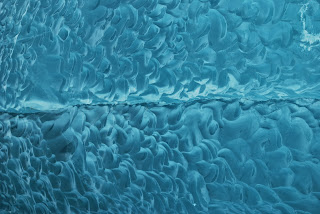 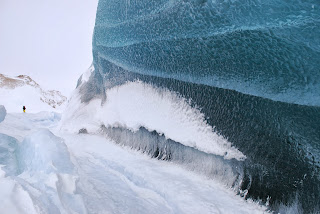 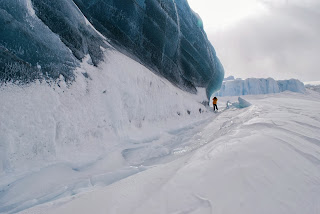 Near the second jade berg there was a tide crack that seals and penguins were using so Jeremy lowered his pole cam underwater and got some awesome footage. 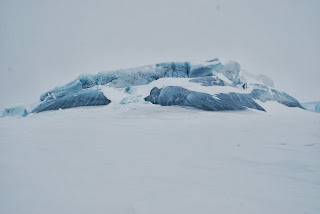 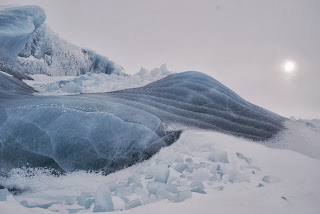 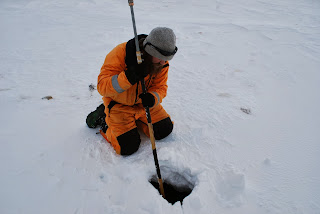 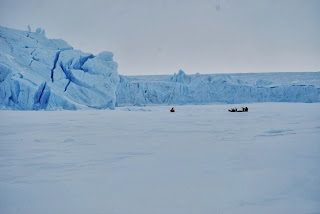 We spent some time walking around the Taylor glacier area before deciding to head back to the hut. Once again we had a sun downer sitting outside on the snow in about minus twenty and the froth in my beer kept freezing. Eventually Jack Frost forced us back into the ice floor hut where we continuously had to bail out the melting ice. It was like living in a leaky boat. Every now and then the walls would groan as the crushing ice outside made its presence felt. Apart from all the ice and dripping water the hut was remarkably warm.
Posted by Craig Hayhow at 03:58