This morning started out OK but around smoko time all the phones and computers stopped working. When I got down to the operations building everything was dead. We had lost the brand new UPS and everything had shut down. Luckily we got the UPS operating and gradually brought everything back on line again. We still had quite a few issues to resolve but the majority was working. At eleven thirty we all assembled in the red shed to vote and it was all very official with a locked ballot box and officials watching over the proceedings. As with every special event, this called for a sausage sizzle.


[Photo to be added]

After lunch I did a bit more auditing, had a clean up and went over to the green shed where I put the spa ozone injection system back together and I was shocked to discover someone had drained the spa. Dinner was fish and chips and later we watched 3 episodes of Trailer Park Boys.


Just for something completely different


When the air temperature drops below about minus twenty five a strange thing happens to boiling water when it is thrown into the air. It will turn directly from boiling water to steam, well more like talcum powder before it hits the ground. It's great fun to see it happen. 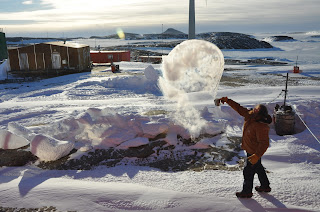 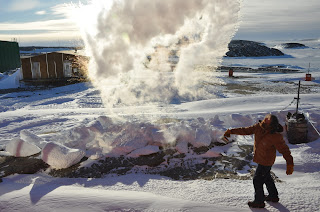 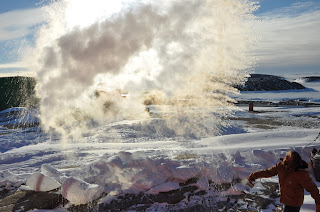 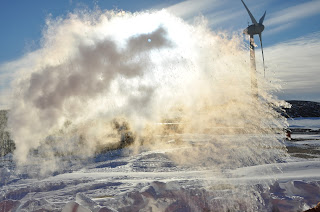 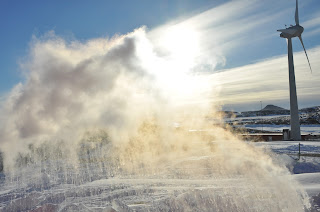 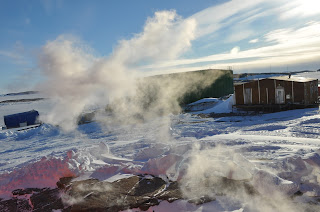 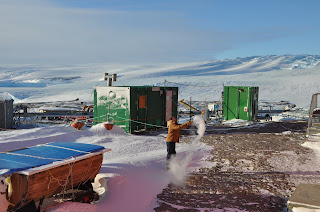 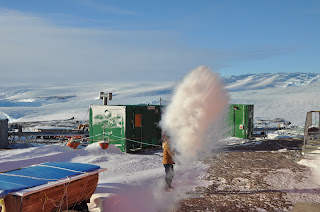 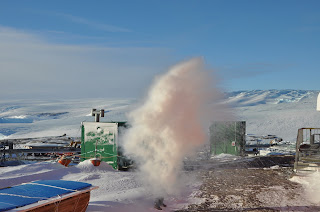 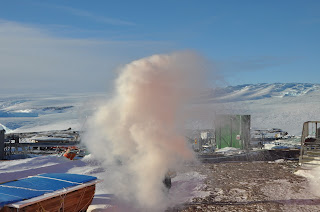 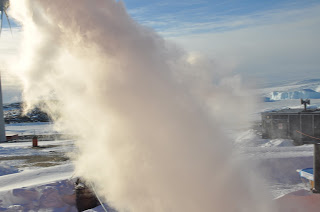 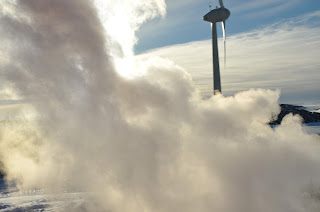