Today the blizzard was weakening and the wind was down to about fifty knots so I decided to work from my room till smoko and by then it was down to about thirty knots. I cleared all my emails and went back to work on reorders and stock take. I took time out around 12:30 and had a chat on air to my mate Don in South Australia. It was good to finally catch up with him and nice to know everything is OK. After lunch I went back to the office and went back to work on stock taking which deviated to cleaning up the compactus at the same time. This place is so messy and been left run down. There were so many packets of reordered parts that haven’t even been opened and put away, left for someone to do next year.

After work I went across to the green store and was assessed by John our Field Training Officer on the new climbing wall for rock climbing, belaying and abseiling. Stop laughing Sarah, and yes I did pass with flying colours. My arms were aching a bit afterwards though. For dinner we had veal schnitzels which were very nice and later a few of us had a meeting with John (FTO) about a trip we are planning for Wednesday to walk across a crevasse infested glacier to reach a Russian aircraft that crashed while taking off in 1960. It will be very exciting and very dangerous, but we will all be roped together and use all the techniques we have been training for in the past twelve months.


And now for something completely different

Lurking in the kitchen is this pesky dirty old rat that we just can't seem to catch. It was here when we arrived and is seen almost every day in a new location. I have been lucky enough or should I say quickly enough to snap a few photos of it before it has scampered away. Sooner or later we'll catch this dirty old rat and teach it a good lesson.........or will we? 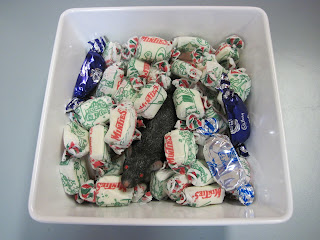 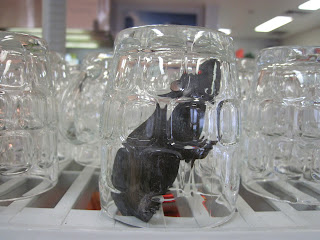 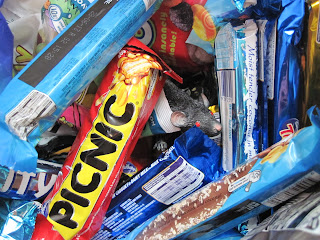