This morning I had a big sleep in and just took it easy. I got up and had a shower and made some brunch. Then I did my Saturday duties, did some washing, cleaning and all that sort of stuff and then went for a wander around station. Eventually I gravitated to the radio shack and had heaps of contacts with Ausies for a change and I also had a long and interesting chat with the station leader from the Russian station Vostok. Latter after dinner I watched a couple of documentary’s and also great movie. 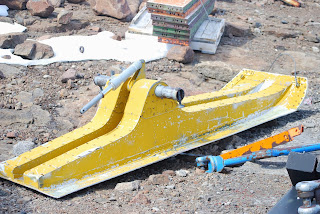 Here is one of the ski's from the crashed Russian aircraft. I'm not sure what it is doing in the lay-down area, but some one should turn it into a coffee table or put it on display up in the bar or something? 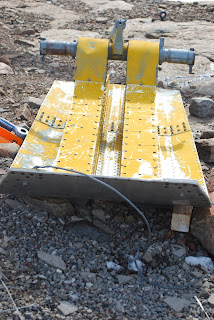