Today was meant to be a blizzard but it turned out to be a fine day, around +1c with a katabatic blowing around 20 – 30 knots. I dragged myself out of bed to do the ARPANSA filter change only to discover both the main and spare gamma ray detectors had failed, so no sampling could be made.

After a bite for lunch I went down to the transmitter building and conditions on the bands were fantastic and I made many contacts to Australia, Japan, Russia, Finland, Germany, Italy, French Polynesia and many other countries. There were so many people calling me it was like standing in the middle of the MCG with everybody in the crowd calling out to me. I ended up having a very late spa and then going back to my room and spending quite a bit of time messing around trying to renew the antivirus software on my laptop.

Near the transmitter building there were a few frozen puddles that were frozen when I got here, but with all the melt going on lately, they have melted and all this algae stuff has grown and it releases methane gas bubbles that refreeze in the ice. I have seen this stuff in many frozen lakes around the place. Just another one of those weird Antarctic things. 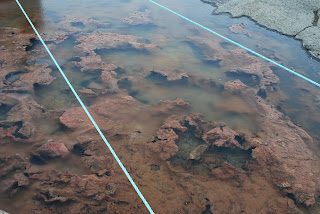 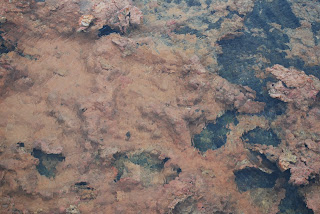 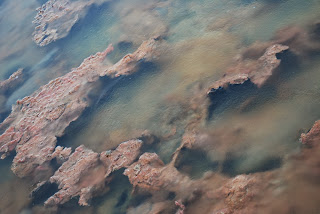 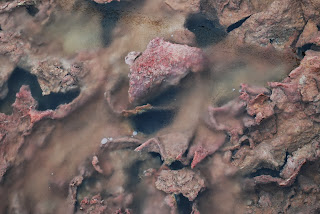